East Coast Protestors Rise Up Against War On Humanity

by Beacons of LLL

Cambridge, MA – Despite the increase in shocking stories of COVID shot injuries and deaths nationwide, a relentless multi-media campaign to get everyone “vaxxed” continues. Catherine Vitale of We the People MA urges the public to ask themselves what is driving it, ‘the greater good’ or big pharma profits? She is also among many protestors demanding that it stops.

“The Northeast will not sit idle as an experimental shot is being forced upon the masses, including children as young as 5 years old,” says the Dorchester mother of two children, none of whom will take the shot. “This injection has caused more damage and death in the last year than all vaccines combined over the last several decades and yet it is still being pushed on everyone. How can anyone not be alarmed by that?”

Perfectly healthy teenagers are suffering from severe reactions after taking the COVID shot, such as blood clots, myocarditis, a permanent scarring of the heart, or worse–death. Victims share heart wrenching stories of debilitating injuries, while grieving families come forward with heartbreaking accounts of loved ones lost way too soon because the “vaccine” they took to help “protect others” took their lives. 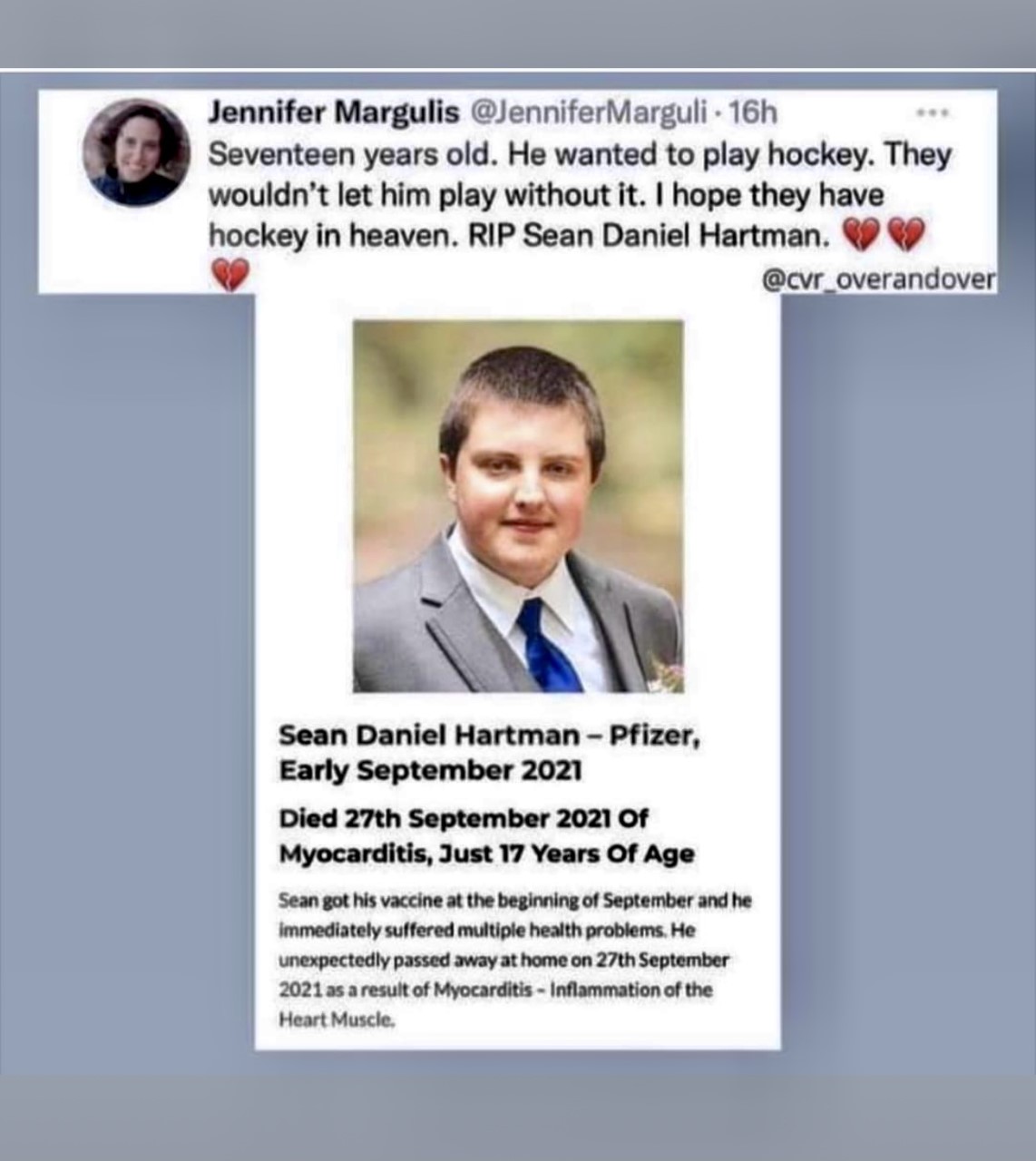 Despite it being a blatant violation of basic human rights, employees everywhere are being threatened with #NoJabNoJob policies at their places of employment. Those refusing to take an experimental shot for a virus that has a 99% survival rate, are accused of insubordination and denied unemployment benefits.

“The shot itself, or the requirement to get it, is negatively impacting people of all ages, from all walks of life and all professions,” says Vitale. “The public was warned that the government is coming for your children and now the wolf is at the door. People need to ask themselves if they are just going to open the door, or take a stand against this?

Protestors from Massachusetts, Rhode Island, New Hampshire, Vermont, Connecticut, Maine, New York, and New Jersey are expected to converge on Pfizer, 1 Portland Street in Cambridge, MA at 11am on October 19th and march to Moderna Headquarters at 200 Technology Square, to protest until 2pm.

Samantha Muise of Carver, MA is among those who will march in Cambridge on Tuesday. “Families, careers and small businesses are being destroyed, they are prevented from providing for their families because of their medical choice, while the pharmaceutical companies continue raking in the profits.

“The Department of Secondary & Elementary Education continues to push the shots on all students. Why? Look no further than Paul Sagan for proof that they have sold off our children to sell their shots. He was the previous commissioner of DESE and now sits on the board of Moderna. What does that tell you?” asks the owner of the Drop Spot Child Care Center in Bridgewater, MA a business that has been hard hit by the mandates.  “It’s just one more example of the incestuous corruption of the pharmaceutical industry. People need to wake up.” 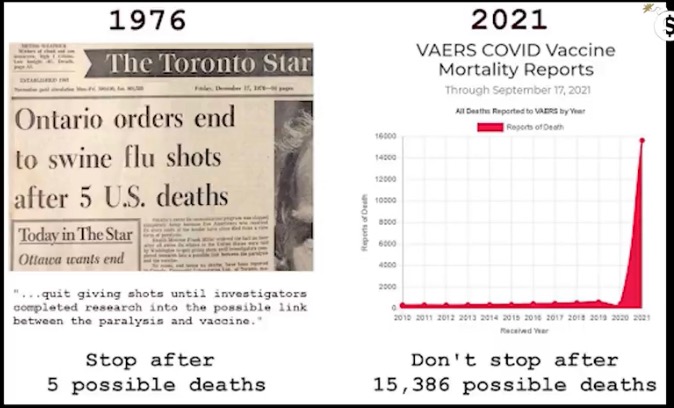 “DESE wants restrict our children AND restrict their breathing by having muzzles on children all day,  It’s bad enough that they can’t hug each other, can’t sit together, can’t socialize or do anything that children naturally do,” argues Vitale, “now they want them all to get shots, too? Where does the control end?

“Forget the politics – this is about basic human rights and decency! While distracted by social media, arguing “left side vs right side” issues, our children are suffering. Our society has allowed us to accept and encourage segregation, public shaming, and humiliation! Our children must wear masks while adults around them remain maskless. Now it is proposed that the unvaccinated must continue to wear masks when others do not. How is this not apartheid? What are we doing to our children?! We are dehumanizing them! Now is the time to ask what are we going to do FOR them!

“Why are we allowing our government to mask us and dictate a “one size fits all” untested “treatment for a virus with a more than 99%recovery rate? Men and women who have served our country are being dishonorably discharged for refusing this injection. Doctors and nurses are being forced to choose between the jab and their job. If we are still in the midst of a deadly pandemic, how could we possibly afford to be letting go healthcare workers? Where is the outrage?! Where are the BREAKING NEWS stories? Where are the protests and riots?

“We the People are failing our healthcare workers, our military, our children and ourselves with each passing day that we are not coming together in one loud voice telling our government and big pharma ENOUGH IS ENOUGH! We demand – Stop the coercion! Stop the bribery! Stop the threats! 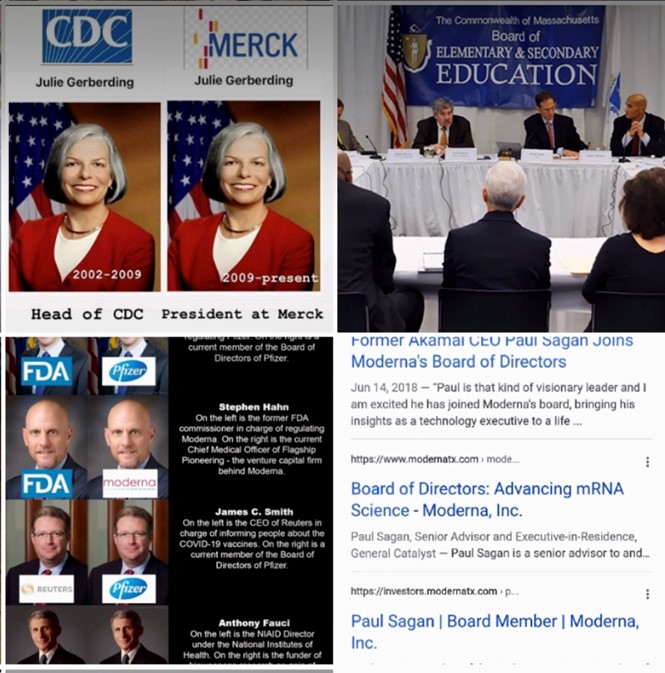 “This doesn’t end until WE THE PEOPLE end it! Begin by spreading the word and gathering up every concerned person you know to meet Tuesday morning, October 19th, at 10:30am, in front of the Pfizer Lab in Cambridge and prepare to march 5 minutes down the road to the Moderna Headquarters where we will let our voices be heard! Carloads and buses are coming into MA from Rhode Island, New Hampshire, Vermont, Connecticut, Maine, New York, and New Jersey!!

“Massachusetts is the center of the deep state, the heart of the Biotech Industry and we are going to the belly of the beast to fight this,” says the Vitale. “Big pharma profits cannot be allowed to threaten our way of life in the land of the free. Massachusetts is where freedom began for these United States. Let’s not let it end here.” 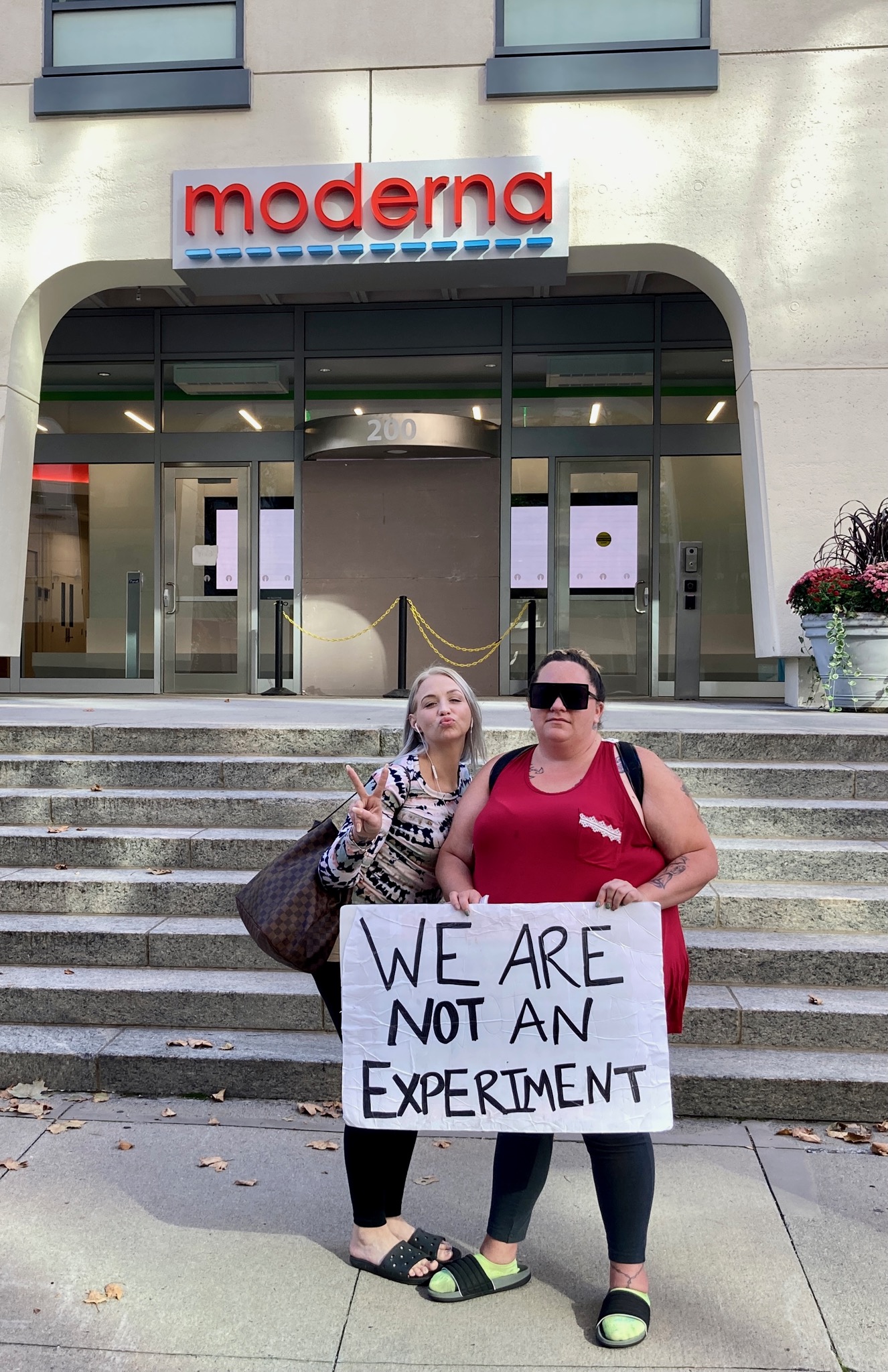 GEOFF DIEHL ON BAKER, BIDEN VACCINE MANDATES: “WHAT’S THE DIFFERENCE?” The Gubernatorial candidate calls on the Baker-Polito Administration to stop being dishonest about their stance on vaccine mandates – or Read More…