FROM OUR PRINTED NOV. 2018 EDITION 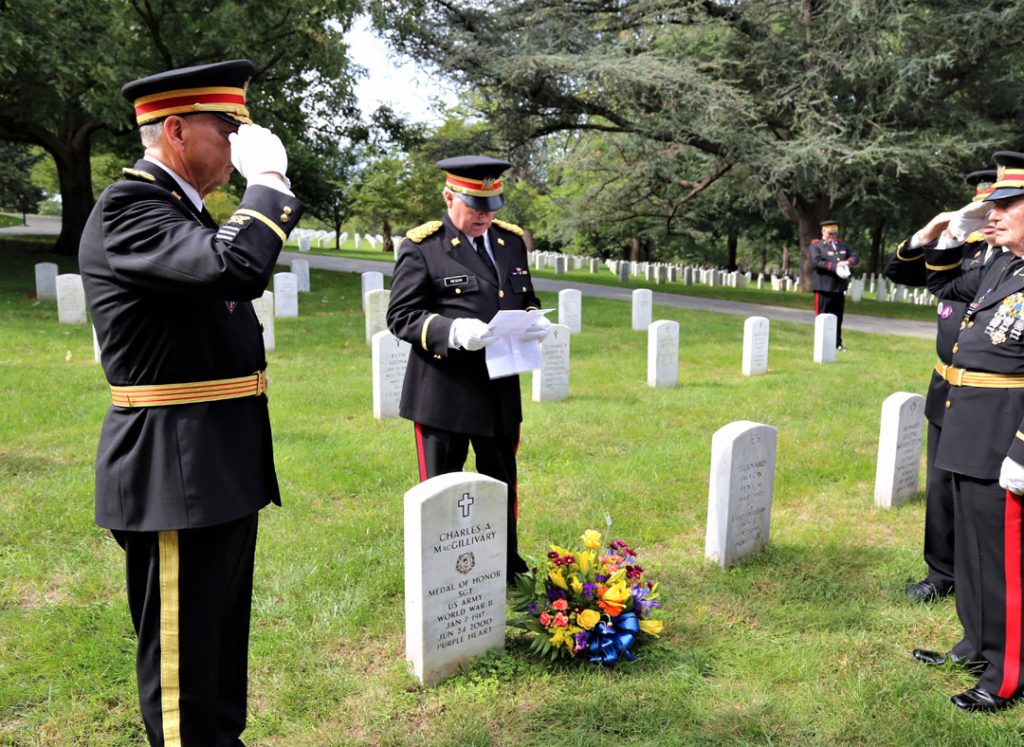 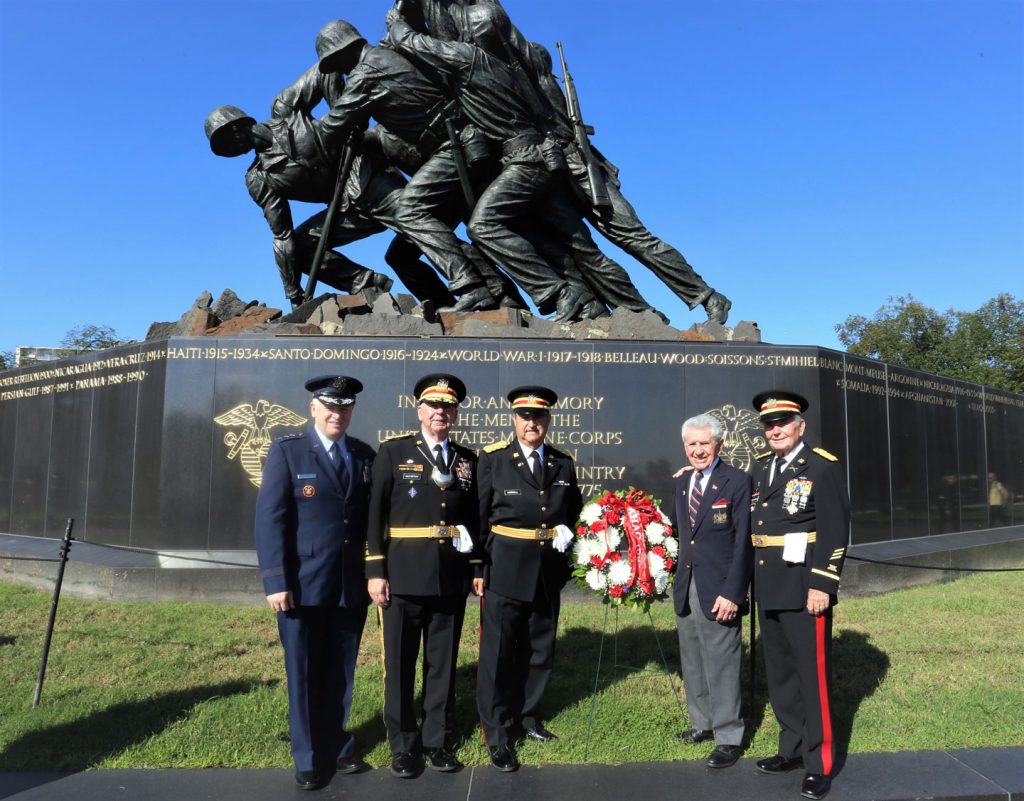 Their trip included visits to Walter Reed Hospital, as well as the Greater Washington Veterans Hospital where AHAC members will provide gift packages to patients and donations of $10,000 to each venue. This is part of the ongoing efforts of the AHAC to aid, comfort, and support veterans of all wars who continue to seek medical assistance. 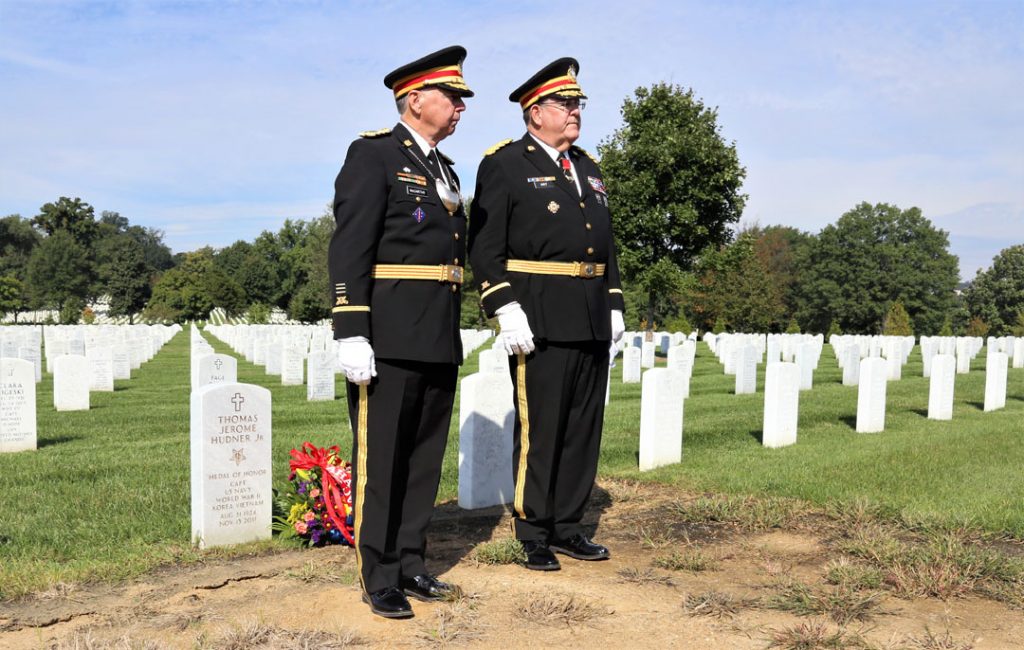 “As a young sergeant in the U.S. Marine Corps fighting in Vietnam, I saw many of my peers make the ultimate sacrifice for this great nation of ours,” Captain Commanding Charles J. McCarthy said. “Since then, I have always tried to keep their memory alive. I dedicated our 2018 Fall Field Day Tour to Washington, D.C. as part of that remembrance. I could not have been more rewarded by the participation of our members. Each morning we climbed on chartered buses in our parade uniforms and set out to memorials, museums, or our National Cemetery at Arlington in furtherance of our mission. We laid wreaths, sang our National Anthem, marched to gravesites, and visited patients at Walter Reed and the Greater Washington VA hospitals. Truly a most memorable eight-day experience. I was always proud to have been a Marine and I am equally proud to be a member of the Ancient and Honorable Artillery Company of Massachusetts.” 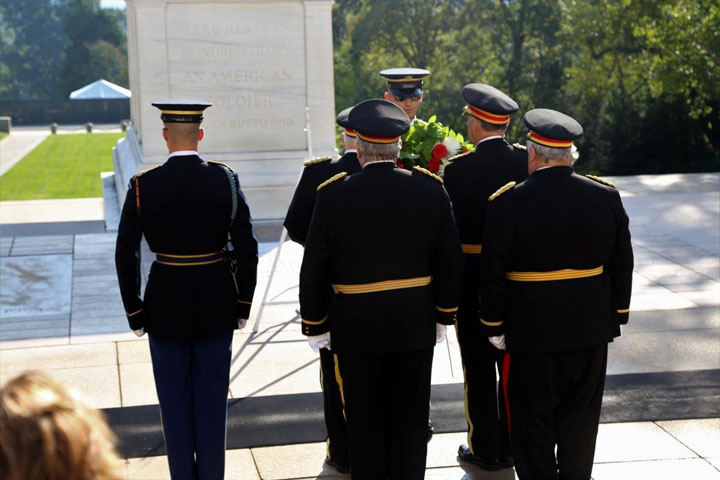 In all, 125 members and guests enjoyed their visit to Washington for the first time in more than a dozen years. Recent international trips have included: 2008 Beijing and Bangkok; 2009 Normandy and Belgium; 2010 Poland and Ireland; 2012 Moscow and St. Petersburg; 2013 London and Madrid; 2014 Prague and Munich; 2015 Rome and Malta; 2016 San Diego and Honolulu; and 2017 France and Belgium. At each venue, exercises included wreath laying at military cemeteries.
The Ancient and Honorable Artillery Company is the oldest chartered military organization in the Western Hemisphere, founded in 1638 and headquartered in historic Faneuil Hall in Boston, Mass. since 1746.

For further information, visit: www.ahac.us.com or call 617.227.1638. Our membership has included 14 Congressional Medal of Honor recipients, four presidents of the United States and service men and women that have fought in every war and conflict in service to their colony, commonwealth, and Our Nation. ♦ 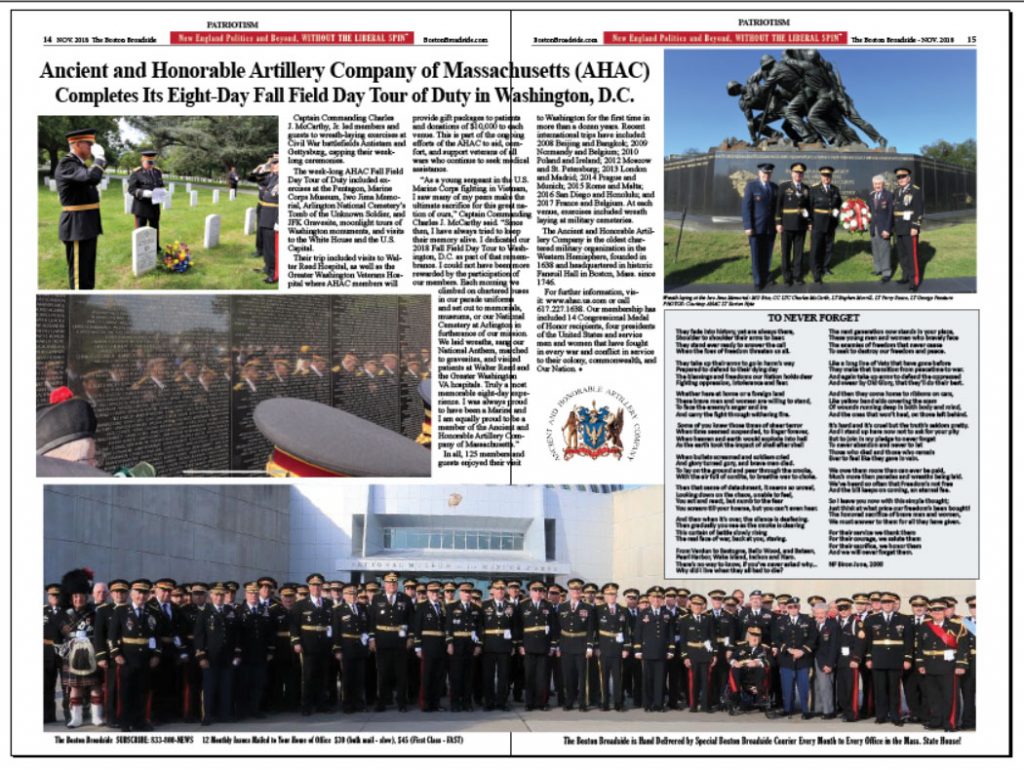 We are honored to have met, worked with or simply observed the tremendous work which many individuals and groups have done during the past year.  On this page and the Read More…

We’re pleased to announce our third major expansion, which will start to roll-out on Sept. 1st to bring The Boston Broadside to stores in more than 900 new locations West Read More…