NEWTON, MASSACHUSETTS – Residents of Newton, Massachusetts have won a huge victory over the city’s School Committee by forcing it to redo the contract of School Superintendent David Fleishman which they claim was extended secretly and illegally. This was the cornerstone among a number of demands made by concerned citizens in a lawsuit against the School Committee, all of which they prevailed upon pursuant to a settlement.

For seven years, the School Committee and Fleishman have been tight-lipped and unresponsive to requests for information and proceedings regarding matters that residents insisted should be discussed publicly, but it took a lawsuit brought by members of a community group known as Education Without Indoctrination (EWI) to make it happen. Speaking on behalf of EWI, spokesperson Karen Hurvitz said, “This is a tremendous win for transparency in Newton school affairs. Openness and accountability are the keys to the democratic process. I hope this marks a new era in the way the school officials relate to the community.” 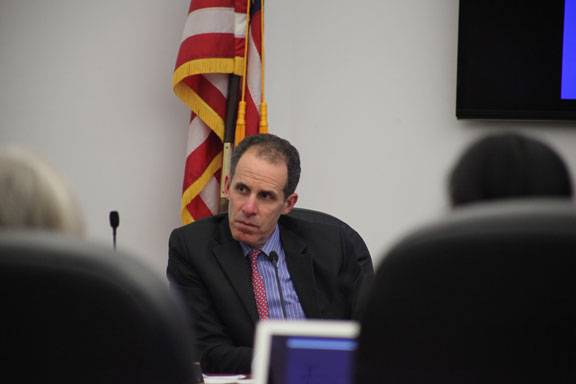 The School Committee will now reconvene legally, and in open session, to decide whether or not to give Fleishman a contract. “Newton citizens are understandably upset by the long-standing anti-Semitic and pro-Islamist curriculum overseen by Fleishman, and we hope that the School Committee will finally be responsive to community concerns and vote to look for another Superintendent,” says Hurvitz.

Fleishman’s tenure has been marred by two graduation speeches which he admitted were plagiarized from a speech made by former Massachusetts governor Deval Patrick (embed link), an act of academically dishonest and unethical behavior that could merit expulsion for a student, no less a school superintendent. He has also been guilty of lying about having removed propagandistic materials his teachers used in their classrooms. Instead of removing them, as promised, he praised his teachers for continuing their use to develop “critical thinking” by students.

Education Without Indoctrination (EWI) is a community group working to promote educational excellence without political indoctrination. If you would like more information on the lawsuit, or about EWI, please email Karen Hurvitz at HurvitzLaw@comcast.net

Jim Lyons – A Tremendous Video About America from a Patriot