THANK YOU FROM THE MASSACHUSETTS PRO-LIFE COALITION

The Massachusetts Pro-Life Coalition would like to express its sincere and profound gratitude to the more than eighty dedicated defenders of life who participated in our historic demonstration during the Catholic Memorial Gala in April, where a Catholic school, shamefully and scandalously, gave an award named after a Catholic saint to an apostle of death—Marty Walsh.

The Coalition would also like to thank all those who supported us with their prayers, and all those who helped spread the word of our response to Catholic Memorial’s unconscionable betrayal of the Catholic Faith.

A special thanks, of course, goes to Attorney Robert W. Joyce, who first engaged Catholic Memorial on this issue, who inspired this campaign, and who brought together so many members of the Coalition.

Our campaign was a success. There was not only a visible, resolute and substantial pro-life witness at the event, but the Coalition appeared in more than two dozen news stories in both the Catholic and conservative media, including Catholic News Agency, Church Militant Evening News, the Boston Broadside, the National Catholic Register, The Pilot, LifeSiteNews, and the New Boston Post.

Finally, our thanks go out to Mark Occhionero of the Church Militant Resistance, who has posted on Youtube this three and a half minute video of our demonstration, and who would like to share with all of you the following photographs of the event. 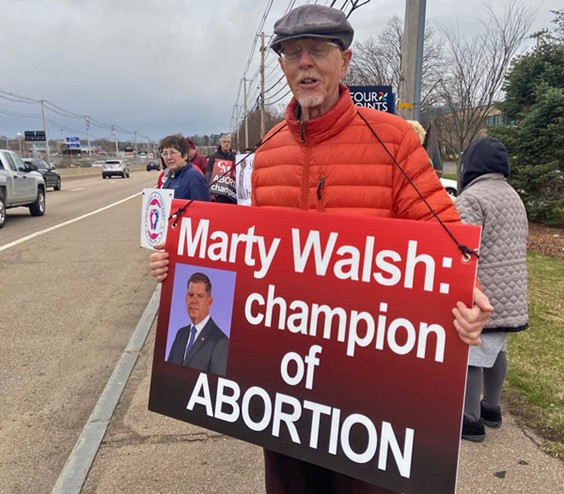 Above: Richard Regan holding the “champion of abortion” sign.

Below: Doug Fuda (left) with members of the Boston Church Militant Resistance Chapter. 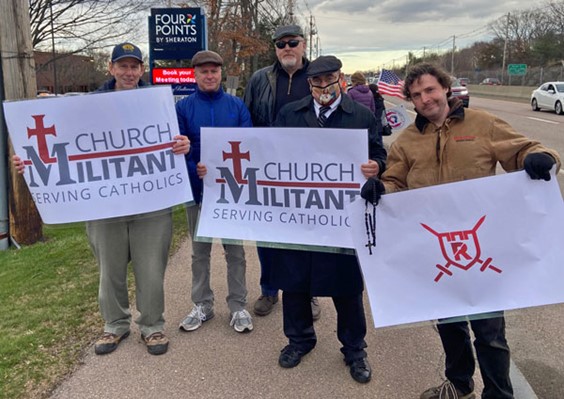 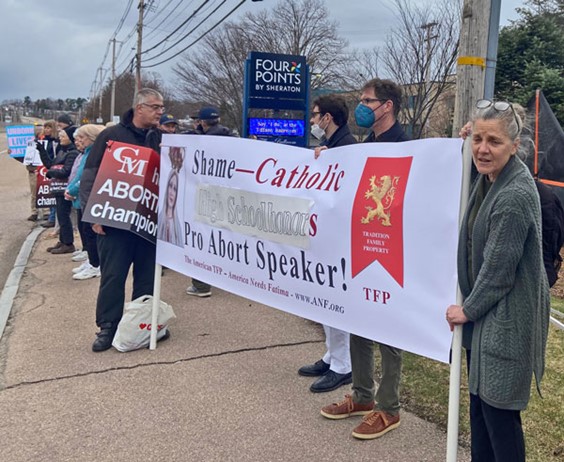 Above: Leonard Rizy and Sheila Flanagan with the TFP banner.

Below: Father James Doran, OMV with a member of the Boston Church Militant Resistance Chapter. 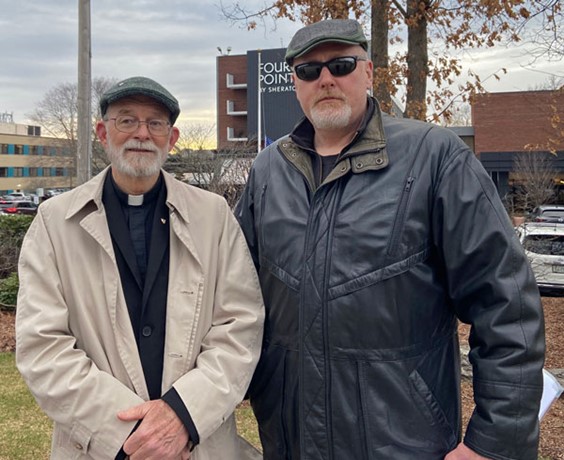 When a pro-baby-killer got into Mark Houck’s young son’s face, Houck stepped in and pushed the attacker away.  That man then tried to sue Houch, and it was, of course, Read More…

2 Replies to “THANK YOU FROM THE MASSACHUSETTS PRO-LIFE COALITION”