In the Wake of the “Blue Wave” Are You Ready to Go Back?

Is the Return of Masks Mandates in Manchester-by-the-Sea the Beginning? 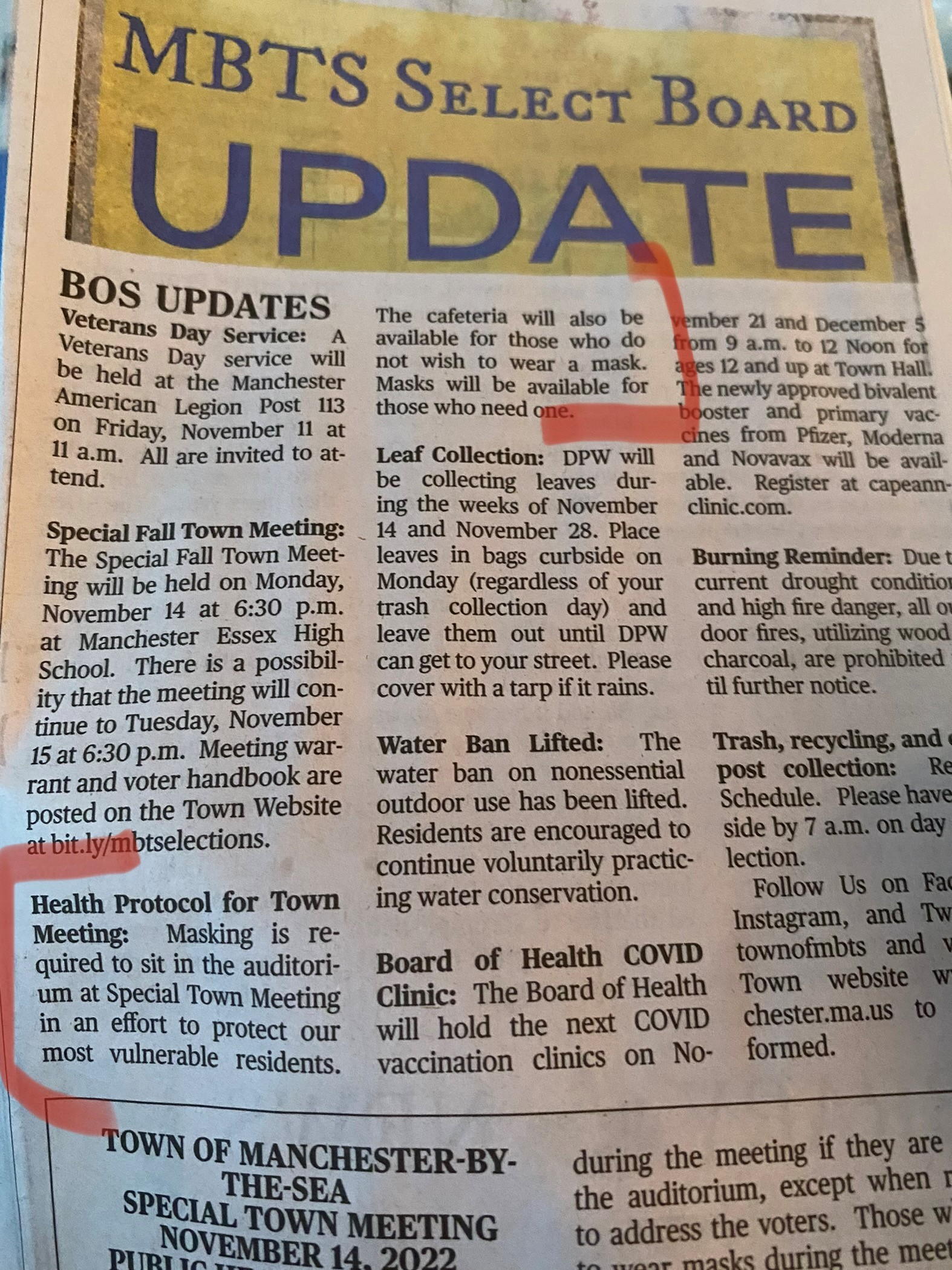 While the rest of the world would rather not see so much as a glimpse in the rearview mirror of the “pandemic,” officials in the picturesque ocean front town of Manchester-by-the-Sea  apparently want to go “back in time” by attempting to reinstate draconian measures and restrictions.

For an important upcoming public meeting which requires an in-person vote, Town Moderator, Alan Wilson is attempting a questionable move that may well deter many from residents from attending.

The moderator of 30 years has declared that he has the power to mandate “protocol” that segregates voters. Voters will assemble in the High School auditorium, but those without masks will watch virtually from the cafeteria where they are being directed to sit 3 feet apart.

You know, like they did with Kindergartners? Only they were 6 feet apart, right? Or was it 10 feet apart? Or did they just decide that no distance made any difference anyway?

Remember Manchester-by-the-Sea is the town that during the pandemic chased a resident off the beach when he was the ONLY one there. 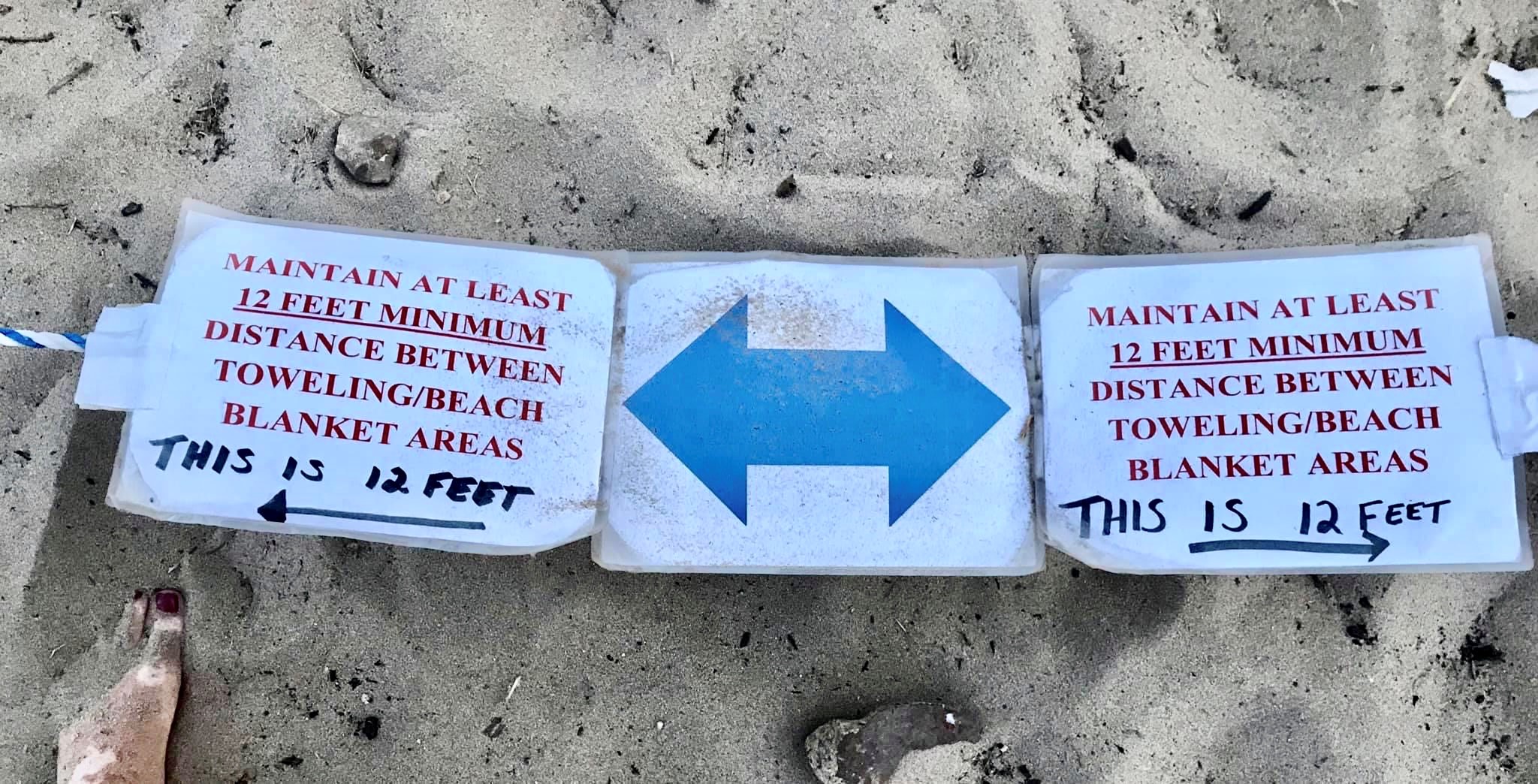 And lest we not forget Singing Beach, where ya give ‘em an inch, and they‘ll take 12 feet. Evidently 6 wasn’t enough!? 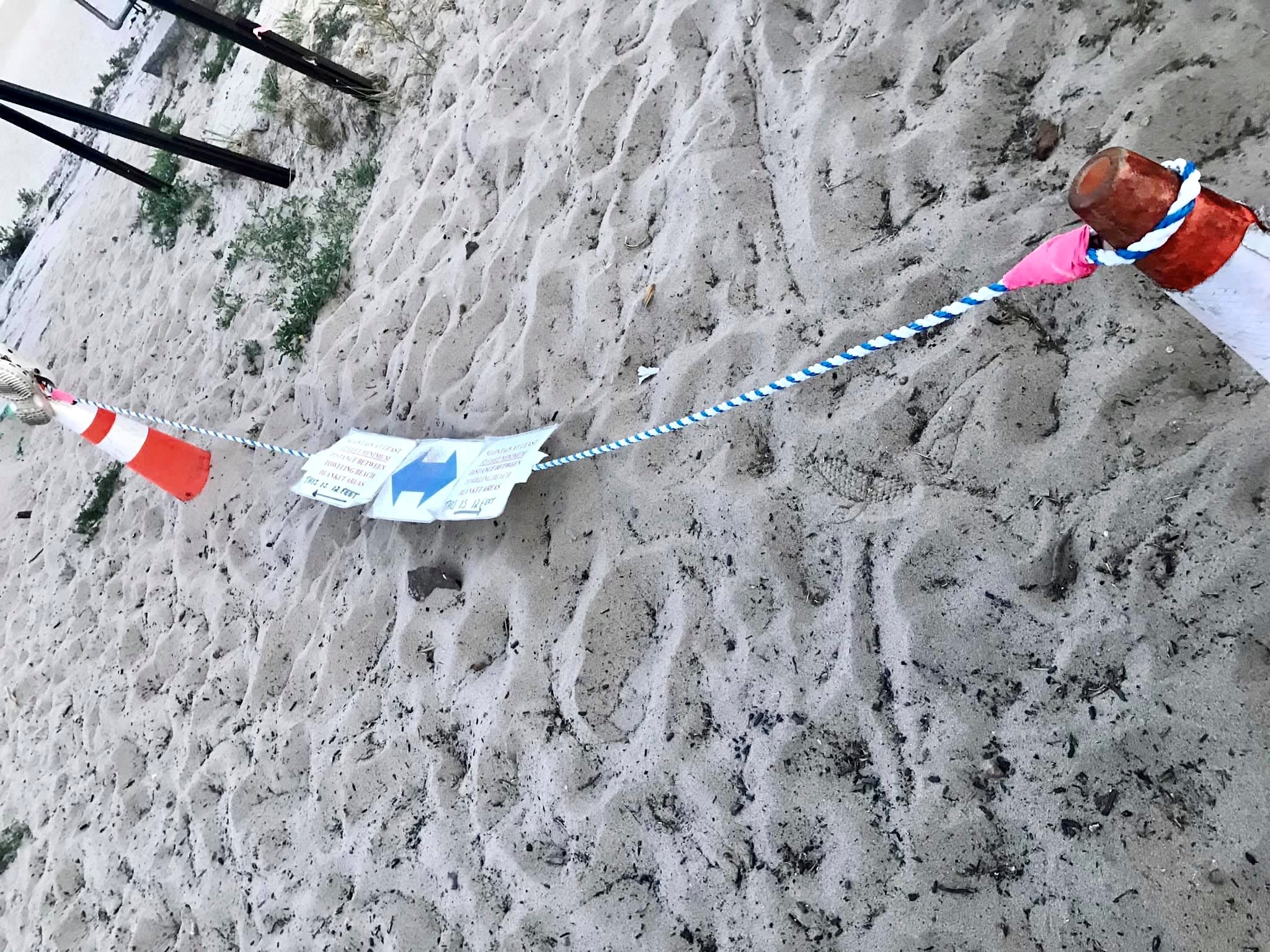 Special accommodations must be made for the most vulnerable in our communities, but common sense dictates that THEY are the ones who need to be sequestered and distanced from others, not the healthy, low-risk masses.

Not the Town Moderator.

Hard to see this action for anything other than what it is. A power ploy. The government wants control over you. Don’t be fooled again!

This recommendation is not only downright discriminatory, but evidentially, it is also unlawful and illegal, as detailed in the following notice delivered to town officials, along with the letter below it, by residents concerned about the proposed precautionary measures:

RE: ​Your unlawful “public health protocol” of November 01, 2022 for the upcoming ​November 14 meeting

​This letter concerns your so-called “public health protocol” dated November 01, 2022 requiring face coverings in the auditorium for the Manchester-by-the-Sea Special Town Meeting of November 14, 2022. Based on advice from legal counsel, the public health protocol exceeds your lawful authority for the following reasons:
1. The November 01, 2022, protocol announcement recites that you are taking action pursuant to your authority contained in MGL Ch. 39 Sections 15 and 17. Neither of those sections grant you the authority to do anything other than decide questions of order and preside over voting and speaking procedures. Neither of those sections confer any public health powers upon you as moderator.

2. The 2ndparagraph of Section 15 of Chapter 39 provides for further regulation of proceedings at town meetings through town bylaws. That section is likewise silent as to public health measures. It should also be noted that your November 01 announcement of the “public health protocol” recites that it was affirmed by the board of health, as opposed to passage by a town bylaw.

3. Although Chapter 22 of the Acts of 2022 in Section 26 granted moderators the ability to request remote participation at town meetings from the board of selectmen, nothing in that section or the statute authorizes a moderator to even request a face covering requirement, much less unilaterally declare one – with or without the approval of the board of health.

​​This letter is to put you on notice that your actions with regard to face covering requirements have no lawful basis and are in derogation of both the Massachusetts Open Meeting law and your oath of office.

This email is in regard to the special town meeting on Monday, November 14, 2022.  Johanna and I, as residents of this town for 30 years are deeply concerned and have a vested interest in the proposed changes to the zoning bylaw including increasing density and changes to multifamily housing in otherwise single-family home neighborhoods such as ours.

Thus, we are planning to attend, but concerned about the unfounded health regulations you are imposing on the majority of the citizens, i.e. mandatory mask wearing to be in the auditorium.

As you know, the CDC, from whom the town has taken advice from during the entire pandemic, no longer suggests the use of any masks or discriminating against people on their wearing of a face covering or vaccination status for that matter.

As you put it in your letter, “I have developed these measures in close consultation with Drs. Martin Hahn and Tonya Colpitts”.

With all due respect, Dr Hahn is a Gastroenterologist who diagnoses and treat digestive disorders, such as stomach pain, ulcers, reflux, constipation, etc.  Dr. Colpitts, per her website, studies “cellular interactions during infection in the mosquito and the mammal”. As you said, “Being cautious in holding a large public meeting only makes sense”.  These are all opinions that are not:

To the extent that people feel vulnerable, and feel the need to wear a mask, they may do so.  In addition, perhaps THEY be granted an accommodation to have a room just for them to view virtually and participate. However, requiring the majority of citizens to wear a medical device to simply attend a public event in its main arena is both discriminatory and unlawful.  We have consulted with an attorney, and he confirms that you are mistaken in your ability to “regulate” on these grounds.

We respectfully and sincerely ask and expect that you immediately rescind the unlawful Public Health Protocol regarding mask requirements for Monday’s Special Town Meeting.

Given all the federal and state funds which flood our communities to incentivize compliance with these types ofmeasures, we understand that town governments are reticent to let go of the narrative, even when health measures are proven false as is the now the case.

We intend to file a FOIA request to see how much money our town government received (requesting the CAFR or Comprehensive Annual Financial Report) and to identify any ongoing financial incentives that may be fostering the government control of an individual’s right to health freedom.

We appreciate your deliberate and timely attention to this matter,

Cc  Town of Manchester Board of Selectman, Town Administrator

A recent e-mail from Mass. Gov. Candidate Dianna Ploss urges voters to tune into her broadcasts. You can learn more about Dianna and view her videos or livestream through her Read More…