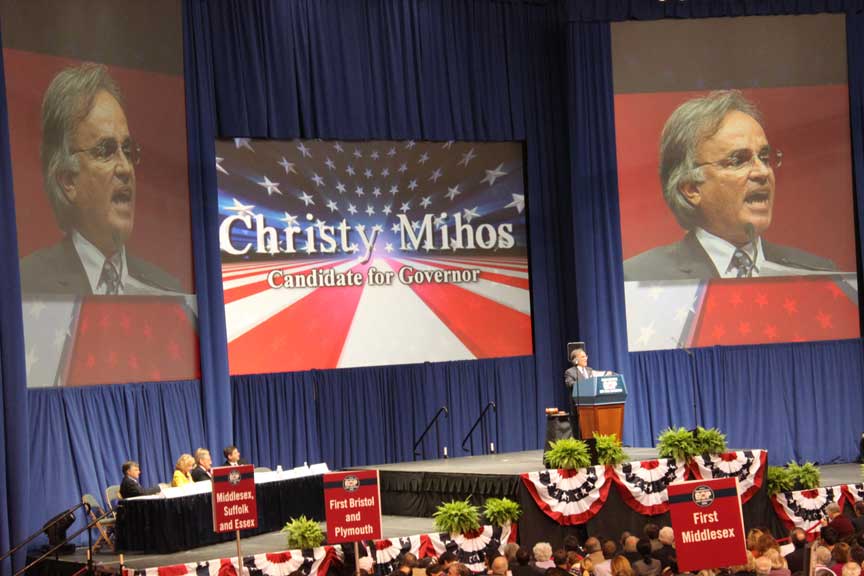 Christy Mihos died on March 25, 2017 at age 67 in Florida, following his second battle with cancer.
He ran as an independent for governor in 2006 against then Lt. Gov. Kerry Healey, following Gov. Mitt Romney’s jump to the presidential race (although, as Mihos correctly argued, Romney was never governor of Mass. – he was an “indifferent leader” who ignored most of Massachusetts’ issues as he had his eye solely on the presidential run from day one.)

In 2010, Mihos attempted to earn a place on the Republican ballot, but the convention was run by candidate for governor, Charlie Baker’s boys, and despite large perceived support, Mihos magically fell just below the threshold to get on the primary ballot. Baker hated primaries, Mihos noted. (And sure enough, two years later, another candidate – Mark Fisher – went up against the Baker clan and suffered a similar fate. Fisher, however, sued the MassGOP for its tricky ballot counting and won the suit, costing the MassGOP $240K in restitution, with a total in excess of $500K in legal fees and fines. 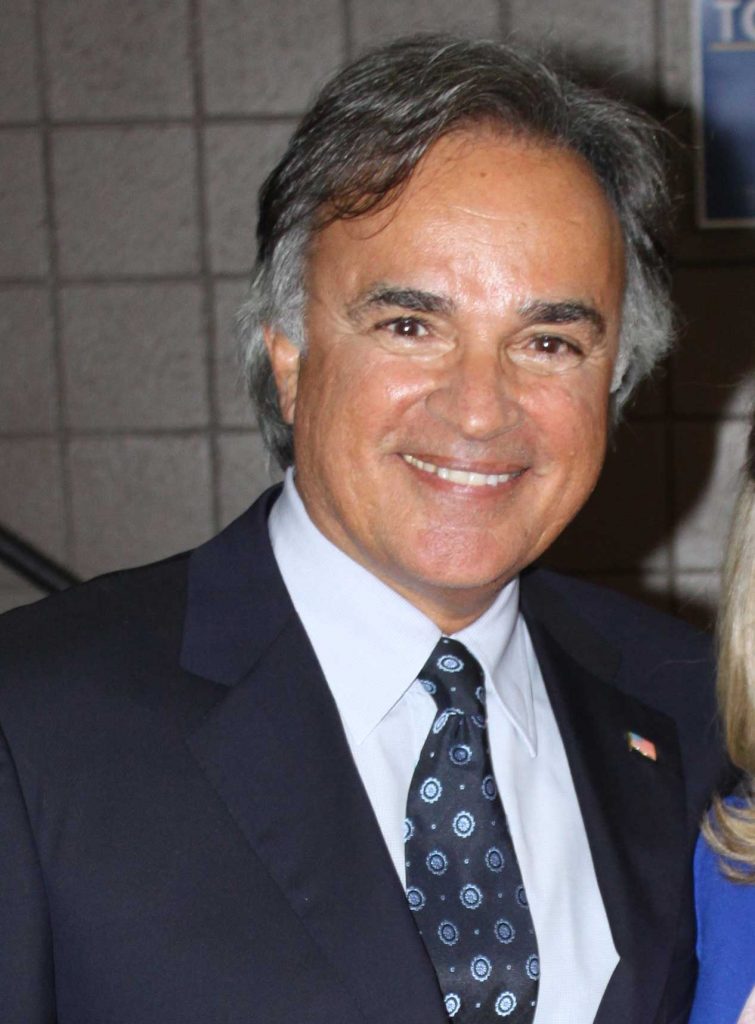 Boston Broadside Photo: MassGOP Convention 2010
In addition to his ownership of approximately 150 convenience stores prior to the big 2008/2009 recession, Mihos is most noted for his years as the most prominent and vocal whistleblower on the “Big Dig” – the $24 billion project that started out at $2 billion, and became the biggest make-work project in the history of the United States. Mihos correctly predicted cost overruns and the collapses and leaks in the tunnels, and the ongoing issues we face today (millions of gallons of continuous water leaks).  He termed the Tip O’Neill tunnel the “Drip O’Neill” tunnel, and urged folks not to use the tunnels if at all possible. When he ran for governor, he caught the public’s attention with cartoon ads depicting government officials and Big-Dig spenders with their heads up their posteriors.

Mihos exposed the “indifference” of Gov. Mitt Romney, the corruption of acting Gov. Jane Swift (took her to court and won), and the failing actions of Governors William Weld and Paul Cellucci. He laid out a personal account of his time working in government in his tell-all, 2012 book, “Rotten to the Core: The Real Dirt on Boston’s Big Dig,” available as a Kindle book on Amazon.com.

Mihos was divorced from his wife who, according to Mihos, had him unwittingly sign over assets to her when he was in no condition to know what he was doing (he had just suffered an injury and hospital visit), and acted over a period of years to drain him emotionally and financially, and then discredit him publically in a nasty divorce which hit the local papers on a regular basis.

His son, Christy, reportedly visited him prior to his death in hospice care in Florida. His daughter was reportedly a no-show. 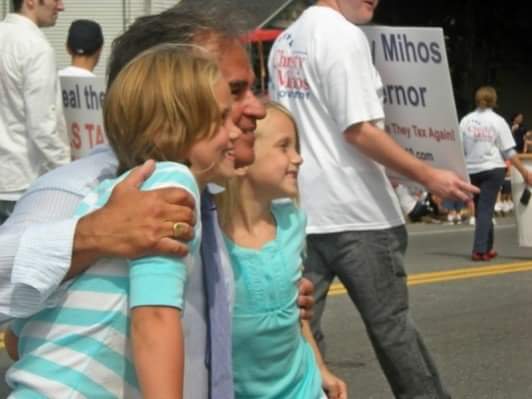 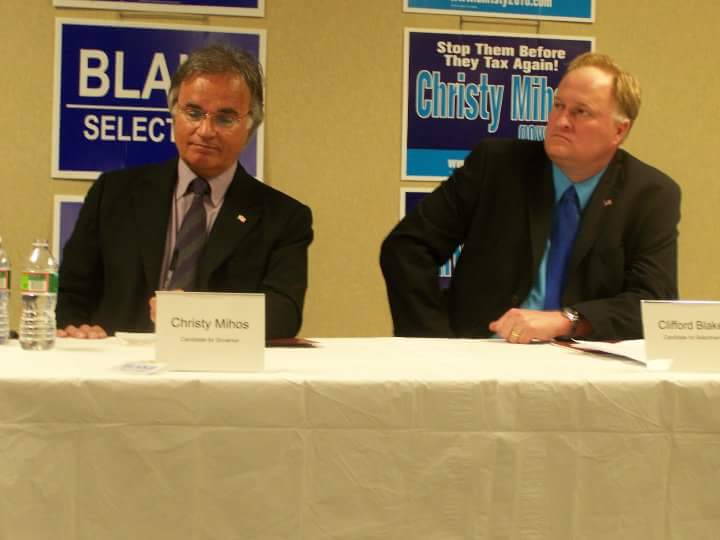 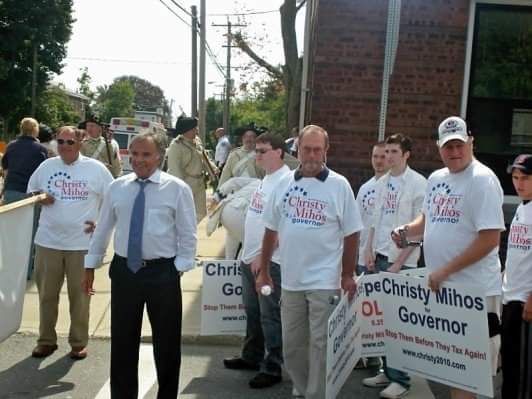 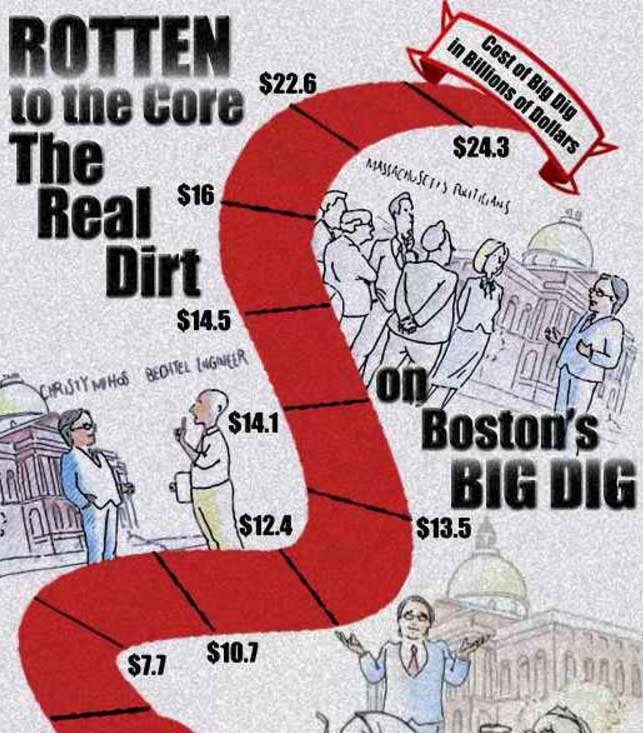 The Big Dig, Boston’s scandalous Central Artery/Tunnel Project, was the largest, most expensive, most complex public works project in the history of America, the so-called Eighth Wonder of the World with a price tag, factored for inflation, greater than the collective cost of the Panama Canal, Suez Canal, Hoover Dam and the Egyptian Pyramids of Giza—-$24 Billion Dollars.

This manuscript, titled Rotten to the Core: The Real Dirt on Boston’s Big Dig, is a first-hand account—an inside story told by the project’s principal whistleblower—of the bilking of the American taxpayer with the unspoken approval of four U.S. presidents, the deception of some of the most prominent politicians, both Democrats and Republicans, and the gross mismanagement of one of the world’s largest and most politically connected engineering and construction partnerships.

This is a story about behind-the-scenes reality, not the glowing Big Dig press releases, the elegant ribbon cuttings, and the praises bestowed on insiders and outsiders, who sucked the lifeblood out of our weary taxpayers. It is a sordid tale of how Boston became the laughing stock of the nation with an open-wallet of a public works project ten times over its initial $2.3 billion budget.

The end result was a product riddled with defects that has been the cause to date of several deaths and dismemberments, not to mention the substandard concrete that has leaked millions of gallons of salty and corroding Boston Harbor water into Big Dig tunnels. The tunnels of the Big Dig are not safe, but no one wants to pull the plug and do what is right for the taxpayers who are footing the bill for this folly. That is the real truth and what comes in the near future will be more tragic than anyone could ever have imagined.

Praying and thinking about you my friend. For the rest of my life I will make sure everyone knows of the American Patriot of Christy Mihos. The good you did for the Commonwealth and America. You being a brave soul stood for what is right and fought them till the end. I am honored to have helped you with that battle. Remember Jesus knows every man has sinned and payed for our sins. BUT everyman has not put his life his character on the line to do what is right for our country. You have done that my friend and your bravery will be known by all.
Your friend forever

CHECK OUT ALL VIDEOS and GREAT NEWS AT www.MRCTV.ORG.

2019 – January edition hitting the stores, mailed to subscribers in 17 states!

A few of the articles and features include: Mass. Teachers Pushing for another tax increase: $1.5 billion Newton Teachers/Students/Politicians/Parents Rally Around Schools, Support Anti- Semitic Teaching in the Schools – Read More…