– Learning from the Recent Past: An Examination of the 2016 Campaign Season –

Living the Good Life Off of ‘Campaign Donations’

Democrat Rep. Spent $44,653
in Campaign Funds with No Opponent

BRISTOL COUNTY –  It’s amazing on the face of it. How can a sitting state representative spend more than $44,653 in campaign funds when she had no opponents, no race in the 2016 election cycle? Well, for Democrat State Rep. Patricia Haddad, spending so-called campaign funds is just one of those things she does. A few examples of living the good life:

Airfare on Southwest Airlines: July 19: To attend a conference in Chicago: $455.96

Those are just a few of the expenditures in 2016. It was a good year for Haddad. Yes, we typically see expenditures for mailings, postage, fundraising, newspaper subscriptions, Web sites, and other such items from most of the elected officials, but when you’re playing with big money, certain elected officials seem to spend almost as much from their campaign accounts on life’s little luxuries than some people make in a year. 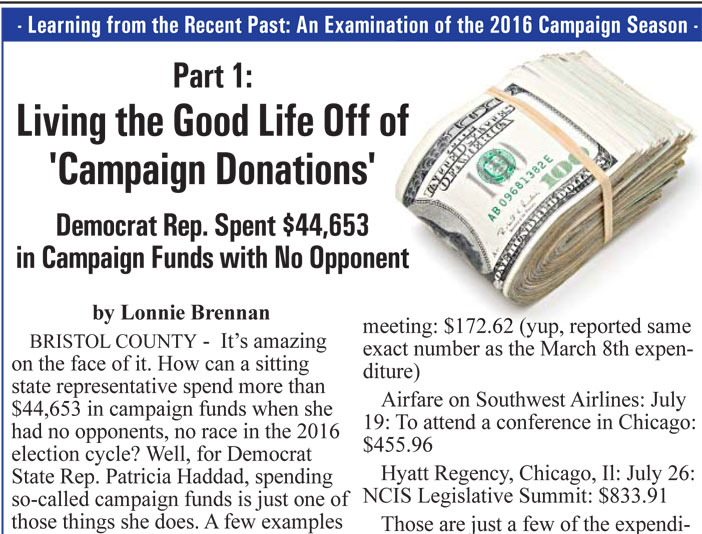 Oh, in addition to the above, we noticed multiple expenditures at the Boston Park Plaza and other venues. She did make sizeable donations to Democrat clubs, food for fundraisers, and she did make a $50 donation to the 1st Christian Congregational Church in Swansea. She gave money to the Dighton Middle School ($150), and the Dighton Fire Association ($100), and Naral Pro-Choice Mass. ($150).

On the income side of the table, Haddad raked it in from a host of lobbyists, political action committees, unions, and of course, government employees, and executives from Vineyard Power. 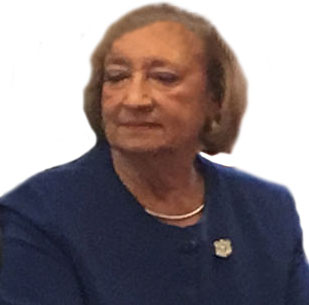 One Reply to “Part 1: Living the Good Life Off of ‘Campaign Donations’ Democrat Rep. Spent $44,653 in Campaign Funds with No Opponent”