In our prior edition, we briefly outlined how retired Boxford attorney Marvin Siegel had established a plethora of detailed estate planning documentation with the intention of protecting his approximately $9 million estate from predators, interlopers and other nasties.

He specifically failed to consider one important fact: At any time, a gaggle of lawyers, with the aid of friendly Massachusetts judges, can almost seamlessly have an elderly gentleman declared a ward of the state, and swoop in and begin to draw off his assets.

We’ve collected quite a lot of documents since last month, with details on just some of the billings of Attorneys Brian Cuffe, Marsha Kazarosian, James Feld, and others. Billings of sometimes in excess of $200,000 per year, and collectively resulting in the draining of millions from the estate.

The beef: two of Mr. Siegel’s daughters – one a lawyer – were named by Mr. Siegel to take over the custody of his estate in the event of illness, but instead, were cast aside by the courts, and others were given full control.

To the right, a few of the photographs printed here show the drilling of Mr. Siegel’s safety deposit box, Attorney Feld counting the content’s money, Feld and Kazarosian taking a break at approximately one-third of the way going through the cash and contents, then the pair packing things up after more than 4 hours and 30 minutes of documenting the valuables. 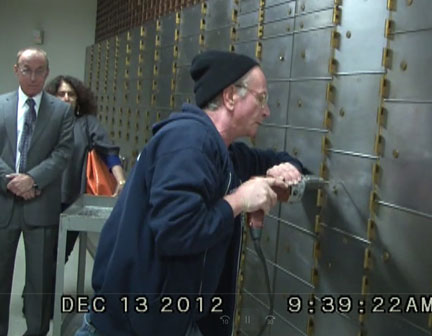 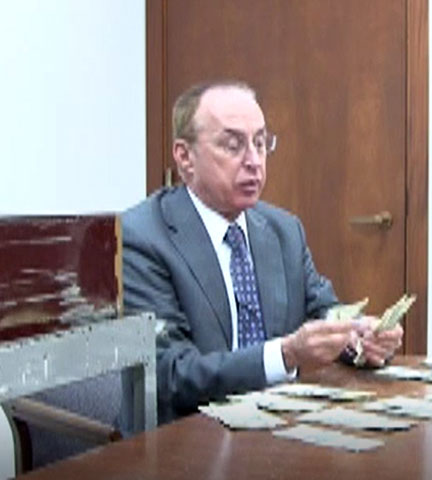 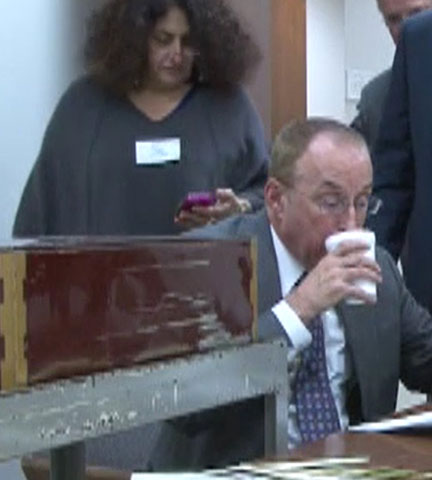 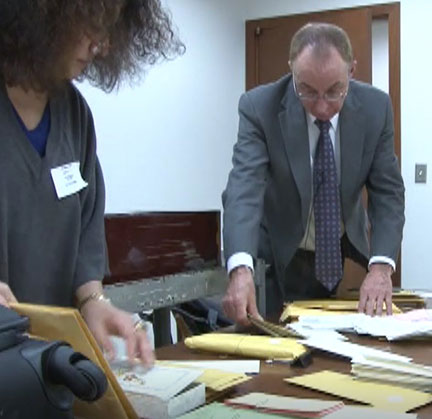 But this opening of the box and cataloguing of the contents was just one of many measures allowed by the courts to place the assets of Mr. Siegel in the control of court-appointed guardians for Mr. Siegel.

At press time, a further appeal by Mr. Siegel’s daughters on the draining of their father’s accounts by court-appointed lawyers and others, was denied.

Most interesting, Massachusetts Lawyers Weekly announced an award for Kazarosian, complete with a video of her, alongside an article terming the daughter’s appeals too confusing and wordy to comprehend.

The despicable actions inflicted on Mr. Siegel were not just directed to draining his lifetime of accumulated wealth. In an upcoming issue we’ll provide extensive details of how the state-appointees even terminated Mr. Siegel’s regular doctors and caregivers … stay tuned.  ¨

APRIL 20, 2020 President Donald J. Trump sent out this tweet this evening, as a follow up to prior discussions: “In light of the attack from the Invisible Enemy, as Read More…

UPDATE, AUGUST 27, 2021 – And so it continues, the financial and emotional torture of Massachusetts Probate Court whistleblower Lisa Siegel Belanger. Can you imagine having a judge order you Read More…

2 Replies to “ISOLATE, MEDICATE, LIQUIDATE: How to Fleece a Senior PART 2 – UPDATE NOTES”