Last month we received a legally threatening letter from Attorney John Smoot of Quincy, Mass. after we published the second of a three-part story on “The Taking of Anna.” This incredible story – which you can view on www.bostonbroadside.com – shows the horrific power of the Massachusetts Department of Children & Families (DCF) and like institutions in abducting the two teenage daughters of Dr. Hil Rizvi and forcing them into Swiss foster care and a Swiss psychiatric ward. The girls’ mother is from Switzerland, but the two girls themselves are U.S.-born citizens. 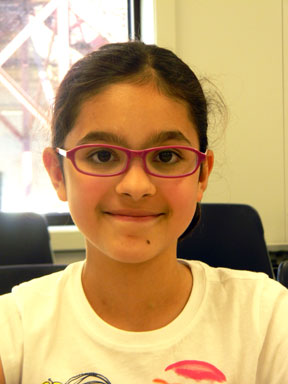 Attorney Smoot demanded that if I print his letter, that it be printed verbatim. We don’t change wording on letters (unless there’s an egregious error), so big whoop. However, we held off printing his letter until now, as we could not establish that he represented the mother. I confirmed this from the mother via a telephone call to her on April 20th, so we are now publishing the Smoot letter in full, along with a response from the father. After viewing both letters, I think you will find the situation with DCF even more chilling. 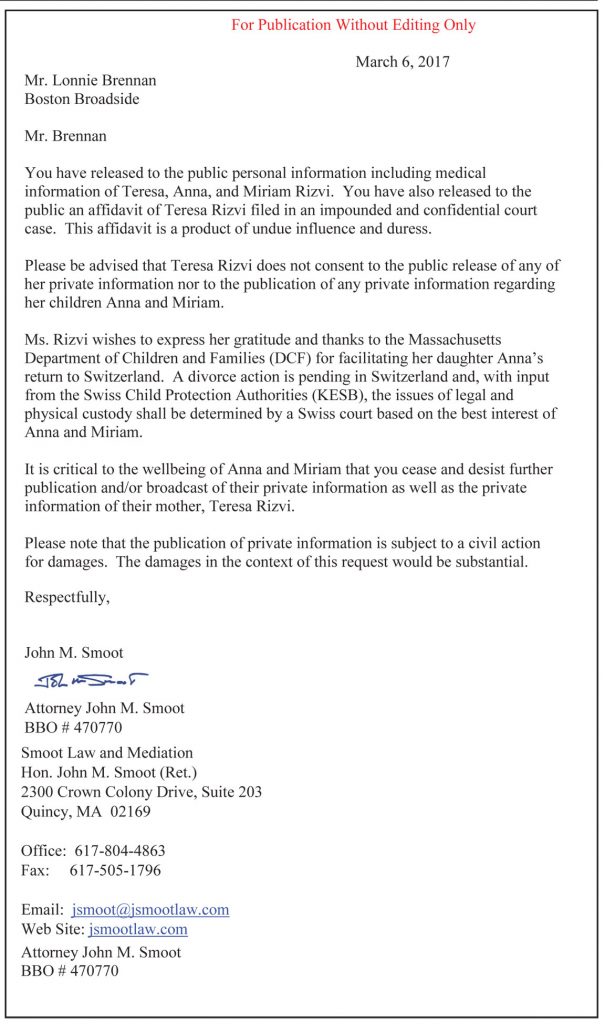 Attorney John Smoot is a former probate judge who worked for years on DCF [Department of Children & Families] Massachusetts cases so is very biased.

In my view, he is one the Commonwealth’s faces of the Swiss abduction mafia.

Smoot is trying to shut up the Boston Broadside for courageously reporting how DCF Massachusetts, KESB [Swiss child protective services] and the Cambridge Eating Disorders Center (CEDC) worked together to isolate and harm my two teenage daughters who are both US born citizens.

My daughter Miriam was thrown into a Swiss psychiatric ward and indoctrinated and is now stuck in German-speaking foster care. Her younger sister, Anna, is on the same torturous track, being mentally manipulated and harmed in the Swiss psychiatric facility, Clienia-Littenheid. Anna’s abduction to Switzerland occurred right after I spoke up against her needless commitment to CEDC and how they were drugging her with
10 mg of the dangerous antipsychotic, Zyprexa.

Why is not what Smoot and others have done to my children not a newsworthy crime? It is not legal to force two US minors to accept Swiss residency and subsequently be enslaved in the jurisdiction of another country; especially when being thrown into psychiatric wards and foster care against their father’s will.

My younger daughter, Anna, has been committed to an abusive Swiss psychiatric ward for about a half year and counting, and is denied communication with her father.

Attorney John Smoot, how can you possibly sleep at night when furthering this crime against my innocent children?

DCF Part 4 of 5: No Heavy Lifting by Judge Robert A. Scandurra

NOTE:  Folks have asked repeatedly why Part 5 of 5 is not posted online. Simple answer: it’s not been written yet. We were hoping at some point that the law Read More…

2 Replies to “The Taking of Anna – Part 4 of ? – Threat/Rebuttal DCF in the Spotlight”