Honor the Fallen. Call on Governor to Do His Job!

BOSTON – A tremendous crowd turned out on Saturday, July 13, 2019 to rally in support of the Marine survivors and their families who lost friends and loved ones due to yet another failure of the Massachusetts Registry of Motor Vehicles. RMV management failed to revoke or prevent the issuance of driver licenses to at least 1,600 people who had no business being behind the wheel. One of those issued a license caused the death of five Marines, the wife of a Marine, and the girlfriend of a Marine when he recently crashed a trailer he was towing  into the members of the Jarheads Motorcycle Club.

We’ll provide extensive coverage of the event in our upcoming August 1st edition, including details you will not see anyplace else. For example, when you look at just a few of the pictures below, keep in mind that the biased local media, specifically Channel 7 News, repeatedly referred to the rally as just “dozens of people gathering outside the State House.”

While no coverage was seen on Channel 4, 5, 25, and other media, Channel’s 7 broadcast constituted a gross-misrepresentation of the rally. The station injected close-cropped video of the event in their on-air and on-line coverage. They then followed up with canned footage, in-studio feed, old footage, and then filled their coverage with video that was mostly shot more than 18 minutes AFTER the rally was over (including brief interviews of a few at attendees), and footage that showed a dispersed crowd. (We witnessed their filming and their methods, first-hand at the event.)

Some of the rally’s featured speakers (of whom we will print EXTENSIVE COVERAGE in our upcoming August printed edition) included:
Marine Manny Ribeiro  – President of the Jarheads Motorcycle Club
Jeffrey T. Kuhner –  680 AM WRKO Boston (6 – 10 a.m. broadcast M-F)
Geoff Diehl – WRKO frequent guest (former state rep. and senate candidate)
Aidan Kearney – TurtleboySports.com who was one of the first to expose the driver’s issues and the RMV issues

We’ve included a few photos below. We’ll have full-coverage and photos of each speaker in our August 1st edition. 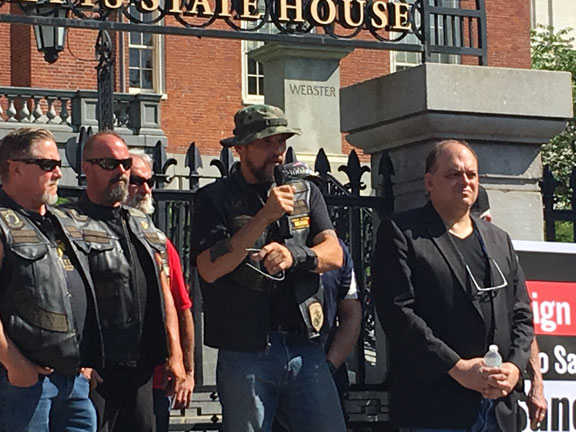 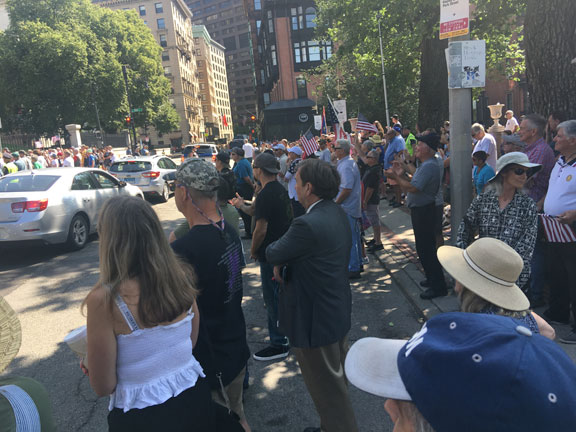 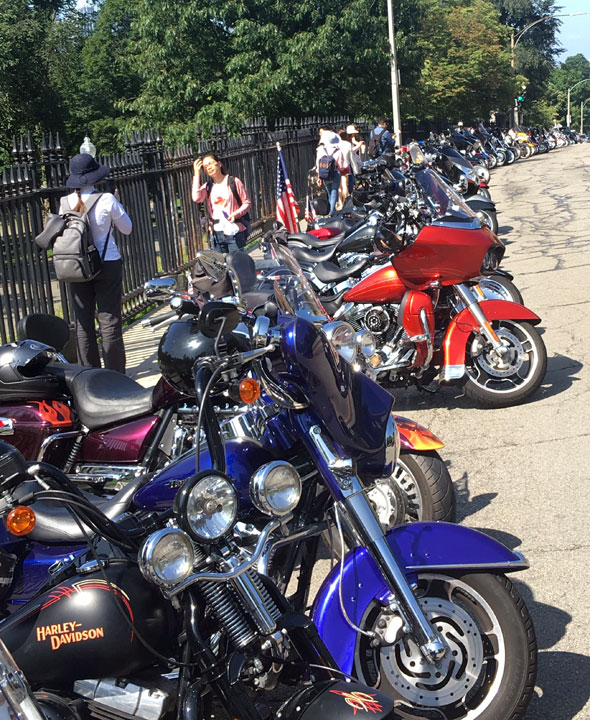 Hundreds of Motorcycles line up along Beacon Street