MIKE BROWN: A Look Into How Student Loan Debt
Has Changed in Massachusetts Over a Decade 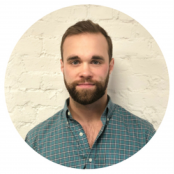 Student loan debt continues to rise across the United States, and the total outstanding debt figure now stands at over $1.5 trillion. Some states, such as Massachusetts, however, have seen the situation getting worse at a faster rate than the rest of the country.

In the decade from 2007 to 2017, LendEDU (https://lendedu.com/) found that the average student loan debt from Massachusetts’ colleges and universities has increased by 54.96%, the 12th highest increase in the country. The number of students having to take out student loans has risen as well, putting students and graduates alike in precarious financial positions even before they land their first job.  See complete study at https://lendedu.com/blog/student-loan-debt-decade-comparison/

The statewide numbers, however worrisome, don’t even paint the whole picture. When considering specific schools in the state, an even more disturbing trend emerges.

Finally, at the University of Massachusetts Amherst, the average student loan debt per borrower figure saw an increase from $12,062 to $31,860, an increase of $19,978.

Many colleges in Massachusetts are seeing exponential increases in the amount that students need to borrow. As a result, more and more students are finding that student loan debt is part-and-parcel of the overall college experience—and any dreams they have of buying a home or starting a family will need to wait. 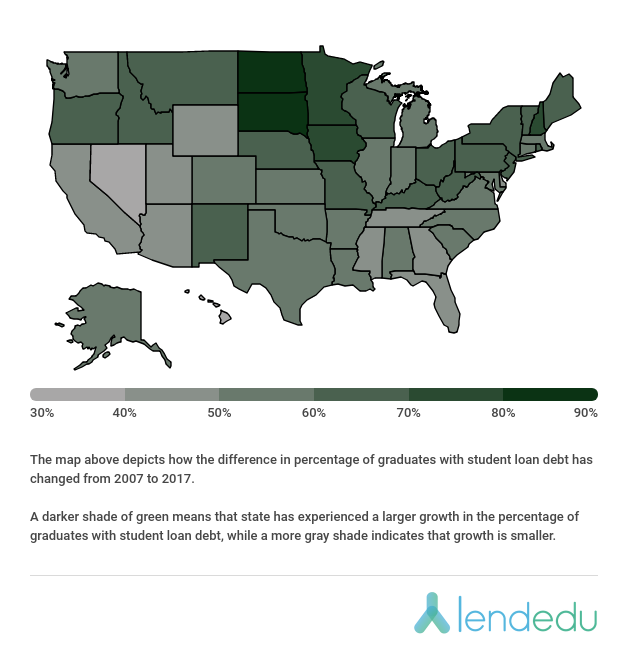 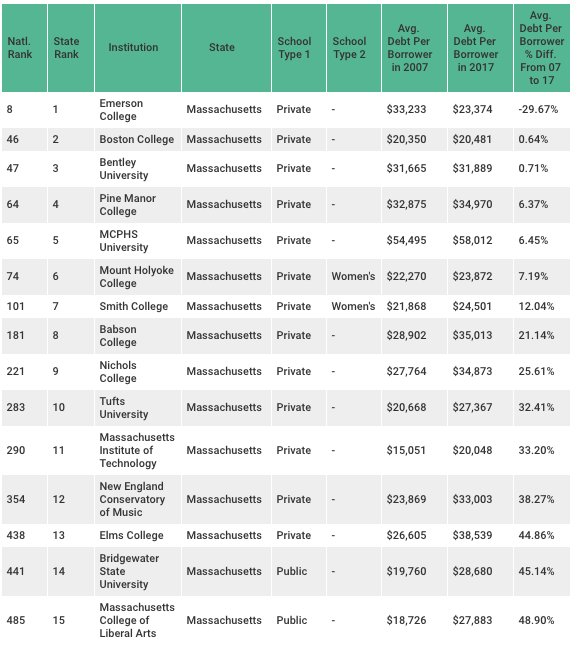 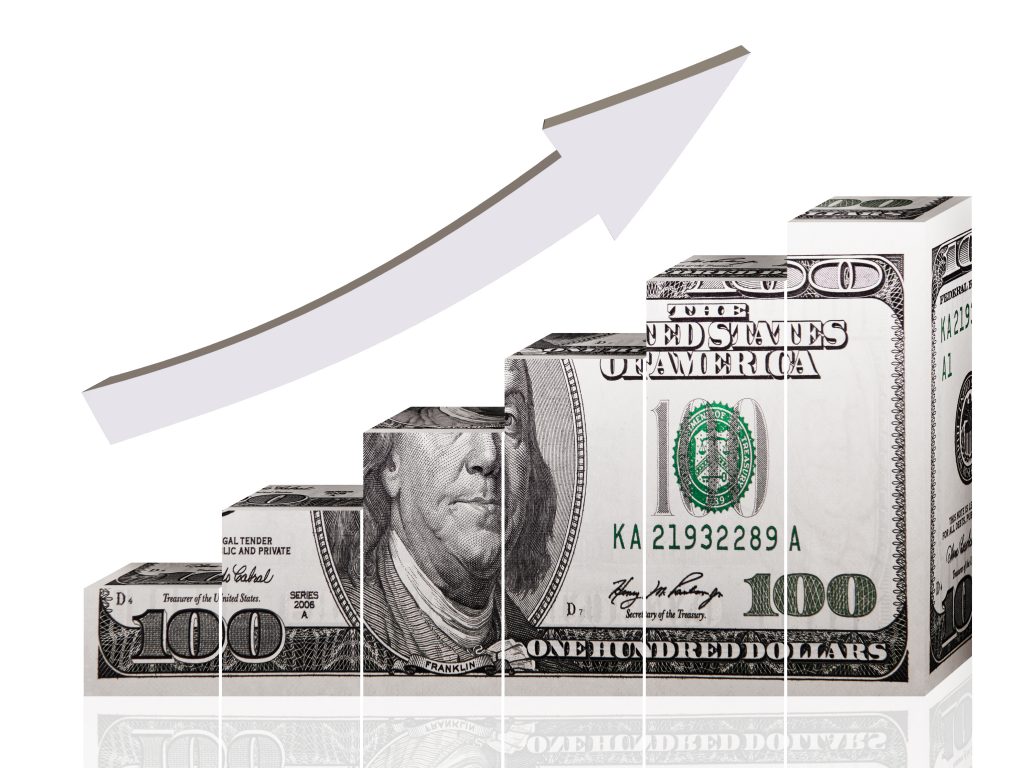 However, Other Colleges Have Done a Better Job at Managing Student Debt

Not all colleges in Massachusetts are having as difficult a time managing their student loan debt. In fact, some have even managed to decrease the amount that their students need to borrow.

For example, at Emerson College the average debt per borrower figure went down from $33,233 in 2007 to $23,374 in 2017. That’s a decrease of almost $10,000 and one that students at Emerson surely appreciate. Or at Boston College, the storied institution managed to keep their student loan debt per borrower figure almost identical to 2007’s number, increasing less than $200.

Lastly, Smith College didn’t do as well in terms of keeping their average debt per borrower figure down, but that number still only increased $2,633 during the decade.

In Comparison to New Hampshire,
How Has Massachusetts Handled Student Loan Debt?

The Bay State stacks up well against its neighbor, New Hampshire, when it comes to the number of student loan borrowers.

In New Hampshire, the percentage of graduates with student loan debt jumped by 2.87% in the 2007-2017 decade, while the same figure for Massachusetts only increased by 0.77%. This number is all the more impressive considering that Massachusetts has more than four times the number of schools.

What Can the Growth of Student Loan Debt in the State of Massachusetts Tell Us?

These increases, while certainly not the highest or lowest in the country, still don’t bode well for students looking to stay in-state after graduation. The more student loan debt a college graduate has, the less income they will have to spend on other things—such as moving into an apartment or purchasing a vehicle.

In fact, data shows that more and more grads are postponing those “life milestones” such as getting married, starting a family, or purchasing their first home, and much of that hesitancy stems from their sizeable student loan payments.

One survey found that 56% of people aged 18-29 have put off these major life events because of their student debt, with 45% of the over-30 demographic saying that their loans have hampered their financial life.

Further exasperating the problem in Massachusetts, the cost of housing is more than twice the national average, and utilities and transportation are also higher than the U.S. average. Couple this with the state’s increases in student loan numbers, and graduates in Massachusetts can expect to wait that much longer to get started on their adult lives.  ♦

In his role at LendEDU, Mike uses data, usually from surveys and publicly-available resources, to identify emerging personal finance trends and tell unique stories. Mike’s work, featured in major outlets like The Wall Street Journal and The Washington Post, provides consumers with a personal finance measuring stick and can help them make informed finance decisions.

SPECIAL ELECTION COMMENTARY By Steve Tougas Hello End Common Core Volunteers, It is important you read this as soon as possible, please! As Quincy and Braintree Town Captain, I can’t tell you Read More…

He Should Not be Named: Fraudulent ‘Whistleblower’ Eric Ciaramella

QUICK NOTE, MORE TO COME: He Who Should Not Be Named: Eric Ciaramella According to one of the biggest investigative journalists in the nation, Paul Sperry, the name of the Read More…

by Ted Tripp Sr. Political Reporter Boston, a city of 667,000 residents, is home to 35,000 illegal aliens according to a recent Pew Research Center Report (http://tinyurl.com/j8avb9v). That means more Read More…

One Reply to “MIKE BROWN: A Look Into How Student Loan Debt Has Changed in Massachusetts Over a Decade”