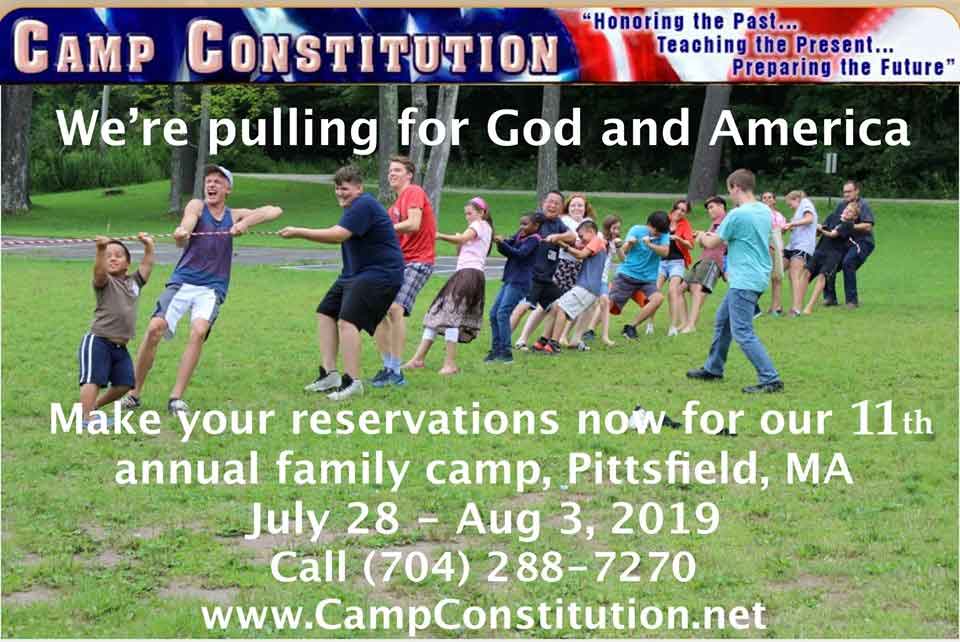 Back in September of 2017, Camp Constitution, was denied a permit by the City of Boston to fly the Christian flag on a public access flagpole where flags of Communist China, Cuba, and the Rainbow flag among others can fly.

Since then, there has been several courtroom appearances, and  international media coverage.

Camp Constitution’s goal was to hold an event on Boston’s City Hall Plaza on or close to Constitution Day September 17 where it planned to have Rev. Steve Craft, Pastor William Levi, and Richard Howell give speeches on the need for racial reconciliation, the blessings of liberty, and Boston’s Christian heritage.  The raising of the Christian flag would have concluded the ceremony.

Hal Shurtleff, and the staff at Camp Constitution, and the legal team at Liberty Counsel are optimistic that they will win the suit.

A link to the Fox News story on the lawsuit:  https://www.youtube.com/watch?v=YWcZLeDCjho 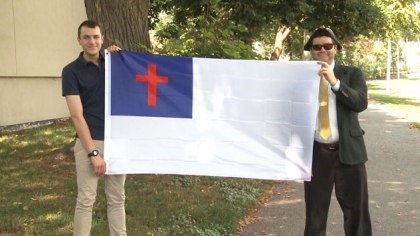