The Judge Rotenberg Educational Center (JRC) in Canton, Mass. is the only facility in the country that uses powerful electric shocks that the United Nations has declared as torture and hundreds of advocacy organizations are trying to ban for very obvious reasons. They have also used other forms of pain such as food deprivation, white noise helmets, hard pinches and slaps, etc. California chased their leader out of their state for training staff on how to cover-up abuse and under Governor Patrick, the Massachusetts Department of Developmental Services (DDS) banned these practices by regulation.

The problem is that in 1987, the Bristol County Family and Probate Court in Taunton decided to take authority from the state which put them in control of JRC’s treatment plans. This means that this Taunton Court ensures that the autistic and delinquents still get shocked and we pay for it.

A little over two years ago, Governor Baker, DDS and the attorney general filed suit to vacate this 1987 decision, which would have been great if the appeal wasn’t held in the extremely biased Taunton Court. After 44 days of deliberation by Judge Katherine Field, she was allowed to sit on the decision for a full two years while more vulnerable teens were tortured and the Baker Administration did nothing else.

Unsurprisingly, on June 20th, Judge Katherine Field decided in favor of JRC and keeping power over DDS and their regulations within the confines of the Taunton Court.

What was surprising was that Charlie Baker’s Health and Human Services Secretary Marylou Sudders spoke out in favor of the painful shocks to control behavior of these autistic clients when Taunton Court-ordered. This is in violation of her own DDS agency’s regulations. I joined many human rights activists in speaking up. Lonnie Brennan of this newspaper and WRKO’s Jeff Kuhner also spoke out. But Charlie, he has simply kept quiet while his HHS Secretary was thrown under the bus. Thankfully, Sudders and the A/G are now filing an appeal, but that could take years while kids are tortured and terrified into changing behavior. It is very unlikely that the Baker Administration will try to win the appeal as they are already on record as being pro-JRC torture. 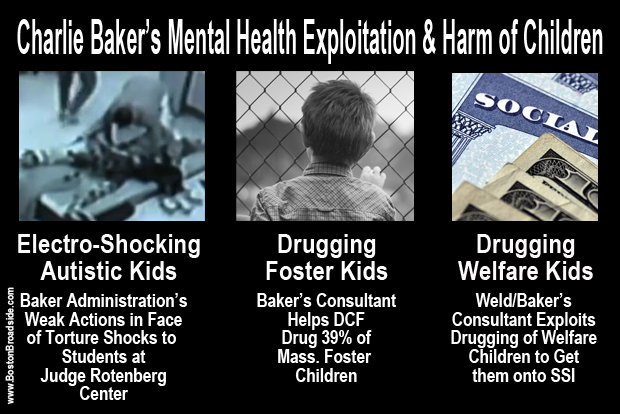 In 1993, then Mass. Health and Human Services Secretary Charlie Baker contracted with the corrupt Andersen Consulting (a.k.a. Arthur Andersen that was found guilty in the Enron cover-up) firm to maximize DSS (Department of Social Services that has been renamed Department of Children and Families) federal funding. Baker was unsuccessfully sued by a local Andersen competitor that wrote to the Mass. Legislature that the Andersen contract would cost the taxpayers $9.4 million more than they would have charged for the same work.

The “work” was to maximize federal funding, even if it meant that state matching funds would rise too. In a report to DSS, along with the Baker/Weld Executive Office of Administration and Finance, DSS was shown where they could increase federal funding and it included: a. residential treatment, b. Chapter 766 (special education) schools, c. treating children involuntarily as opposed to voluntary, and d. ensuring the foster children were “medically eligible.”

The obvious result would be that Andersen would get big money for showing DSS how to increase federal matching funds by putting more foster children on psychotropic drugs. Residential treatment centers drug the highest percentage of children in foster care and do it predominantly on an in-patient basis. A large percentage of special ed children are prescribed psychotropic drugs and making children “medically eligible” more often than not refers to giving them stigmatizing mental health labels and drugs. Obviously, it is easier to falsely claim that a child has a mental than a physical disorder, as the diagnoses are subjectively based on opinion of behavior. And treating “involuntarily” obviously means exploiting children and families by removing parental rights.

The results from Baker and Andersen were and still are devastating. The U.S. General Accounting Office in 2011 studied foster care psychiatric drugging in five states and found that Massachusetts was by far the worst at 39.1%. Additionally, a review of state budget line items showed that the residential treatment budget increased 70.6% from 1993 to 2000 and that is where foster children are often put on several of these mind-altering substances at a time.

According to an investigative series in the Boston Globe and other documents, since the 1996 Bill Clinton Work to Welfare Law (officially the Personal Responsibility and Work Opportunity Act), SSI disability checks have replaced welfare payments as the new welfare.

Immediately following the August 22, 1996 federal law, states started hiring consultants to switch people from welfare to SSI disability at a large fee per person switched. This was done because the federal government started making states pay a higher percentage of welfare payments while SSI disability payments are fully paid for by the federal government. In Massachusetts, under the Weld Administration, with HHS Secretary Charlie Baker heading all human services activities, controversial consultant Maximus was hired. Just prior to this contract, a West Virginia government official was convicted of receiving a $20,000 bribe from Maximus and in 2007, this same consultant paid off a $30.5 million Medicaid fraud settlement.

While consultants were finding where people on welfare may be able to collect for physical disabilities, claiming false or questionable mental disorders was much easier as these are diagnosed subjectively from behavioral checklists, while false medical diagnoses can easily be disproven with objective lab tests.

Welfare parents now could keep the money coming in instead of getting a job. At the current rate of $750/month per child or adult with a mental disability label from these SSI checks, they are making more money than from welfare which pays a national average of $1560 per month. Psychiatric drug prescriptions are often $200-$400 per month or more and the doctor’s/psychiatrist’s visits are also expensive. Federal and state Medicaid dollars are being ripped off in several ways.

One victim of this child exploitation scheme was four-year-old Hull, Mass. resident Rebecca Riley, whose parents got her and her siblings to a Boston psychiatrist for the SSI payments. December 13, 2006, Rebecca died of a psychiatric drug cocktail overdose. The parents were imprisoned and Rebecca’s psychiatrist paid a $2.5 million settlement.

As governor, I would drain the swamp which includes those elitist who willingly exploit children, the elderly and disabled for political and personal benefit. 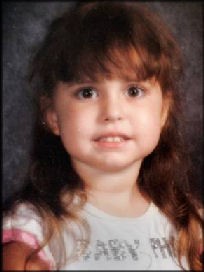 If Democrats at the State House get their way, residents of Westborough will be gassing up out oftown soon. Democrat State Representative Danielle Gregoire, along with Democrat Reps. Carolyn Dykema Read More…

FEB, 9, 2021 by Lonnie Brennan WXTK Talk Show Host Ed Lambert was joined by Holly Robichaud this a.m. where they roundly exposed a proposal by radical Mass. Democrats who Read More…

2 Replies to “Charlie Baker’s Connections to the Mental Health Exploitation of Children in Massachusetts PARTS 1, 2 and 3”