Harrington has a history of supporting Democrats, the Democratic leadership in Boston, and supporting big-government against families and children. (We refer you to her earning a permanent seat on the Boston Broadside’s ‘Wall of Shame’ for taking to the House floor to argue in favor of big government against a teenage girl – Justina Pelletier –  ripped from her parents, and held hostage by DCF. It took tremendous public outreach by talk show host Jeff Kuhner whose rally to free Justina overwhelmed the StateHouse in Boston. Former state Rep. and now MassGOP Chairman Jim Lyons was a key figure in the effort to free Justina – participating in the rally, and bringing intense publicity to the plight of the family. In contrast, Harrington argued for government control, go so far as to say that government knows best how to take care of the child.) 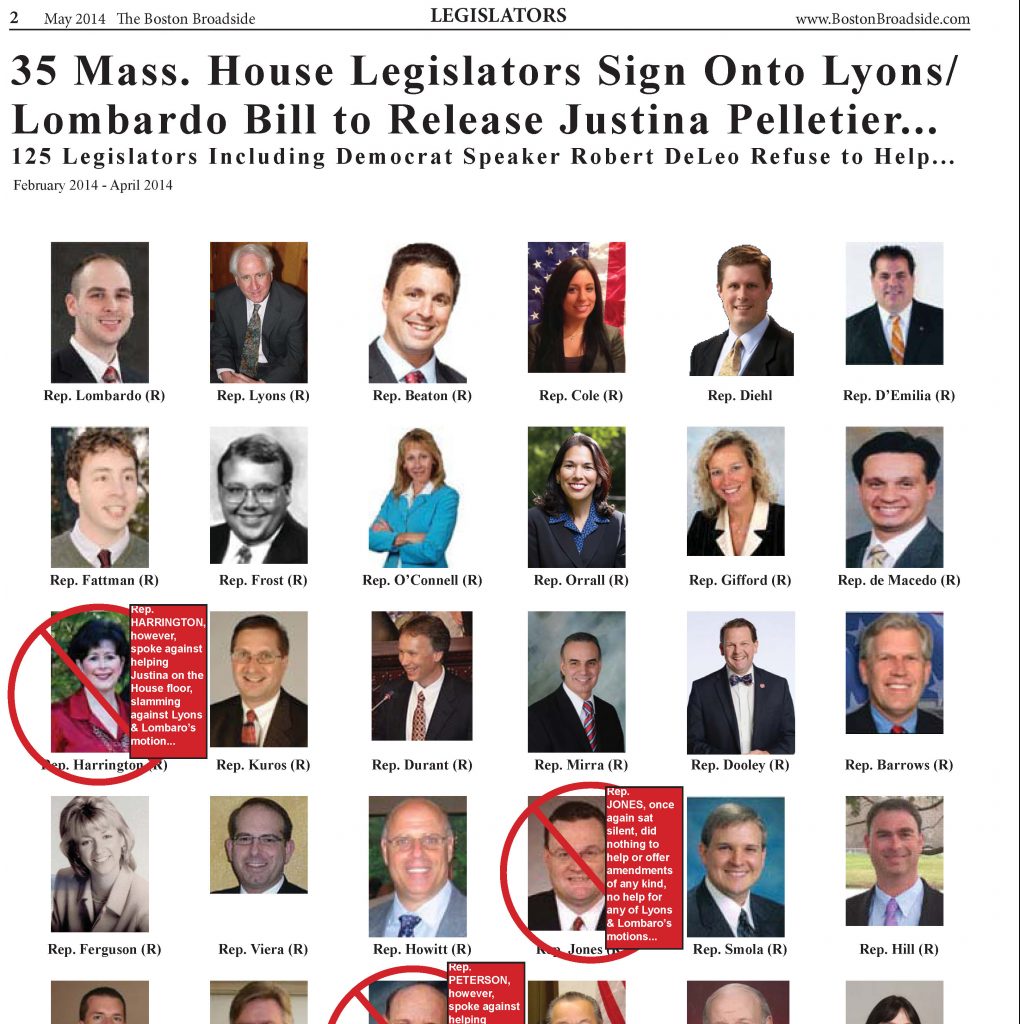 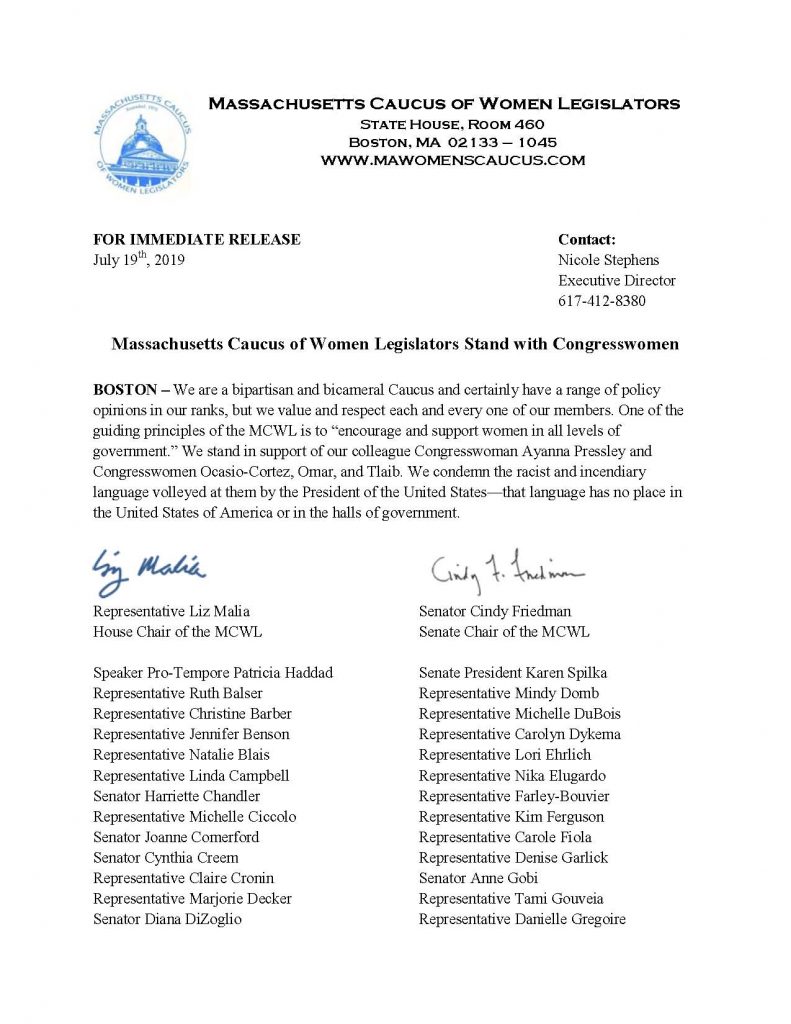 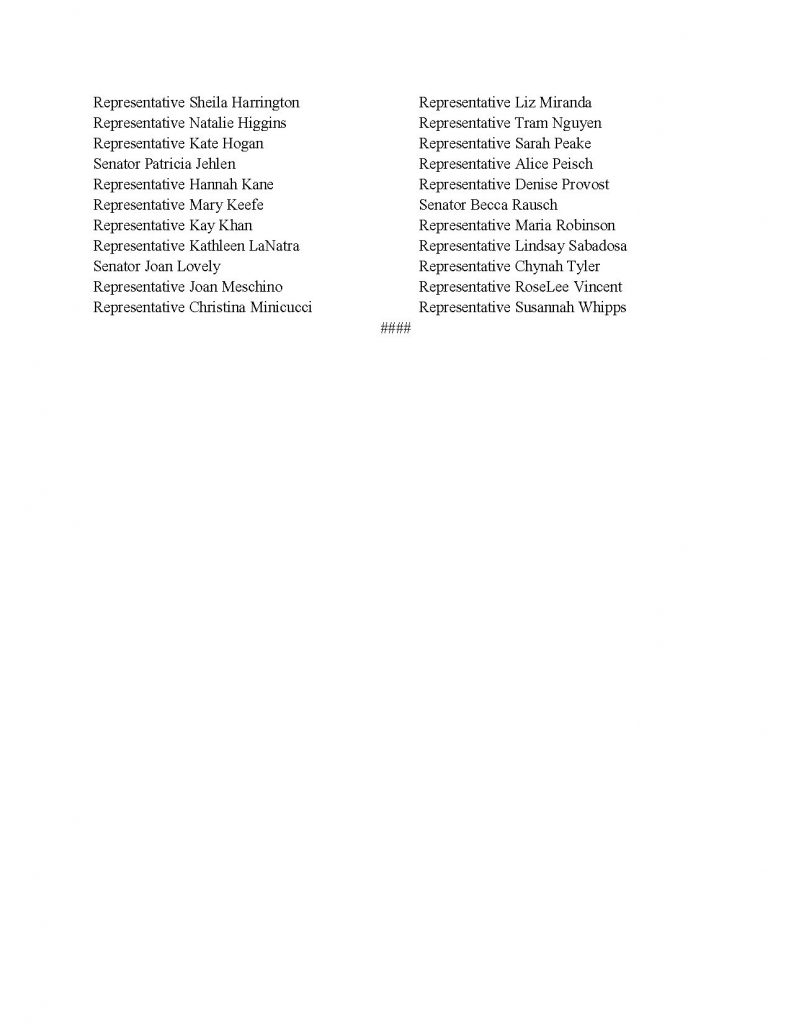 The matter is expected to be presented to the State Committee, the 80-member governing board of the MassGOP on Sept. 17th.

The following resolution is being presented in partial response:

REQUEST FOR AN AGENDA ITEM FOR THE MASSACHUSETTS REPUBLICAN STATE COMMITTEE MEETING OF 9/17/19, SUBMITTED TO THE SECRETARY AND CHAIR ON 9/2/19 WITHIN THE GUIDELINES OF OUR STATE COMMITTEE BY-LAWS ARTICLE V SECTION 3(B).

WHEREAS Congresswomen Ilhan Omar and Rashida Tlaib have aligned themselves with the terrorist Muslim Brotherhood, Hezbollah, Islamic Jihad, and Hamas.

WHEREAS both Congresswomen are the leading proponents in Congress of the anti-Semitic Boycott, Divestment, Sanctions movement against the State of Israel.

WHEREAS both Congresswomen have called into question the extent or severity of the Holocaust, including aligning themselves with Holocaust deniers.

WHEREAS both Congresswomen have led the charge in Congress to end US aid to our prime ally Israel, while openly advocating for the destruction of that nation.

WHEREAS Congresswoman Omar has sought to belittle the 9/11 terrorist attacks, and knowingly and falsely accused US soldiers who fought and died in her native Somalia of war crimes.

WHEREAS both Congresswomen have befriended, praised, or attempted to aid and abet convicted terrorists.

WHEREAS both Congresswomen have repeatedly demonstrated an anti-Semitic demeanor that is contrary to Congressional ethics, social mores, and common decency.

THEREFORE, BE IT RESOLVED that the Massachusetts Republican Party formally petitions our Massachusetts Congressional Delegation to initiate proceedings to commence a roll call vote on the floor of the House of Representatives to expel Congresswomen Ilhan Omar and Rashida Tlaib from Congress, in accordance with Article I Section 5 of the US Constitution.