CALLS RAMP UP FOR THE RESIGNATION OF
ANDOVER, MASS. KNIGHTS OF COLUMBUS GRAND KNIGHT Philip D’Agati

ALERT: This latest incident (below) is of interest to pro-choice (pro-abortion) as well as pro-life (choose-life and choose-adoption) promoters, as it showcases yet another chapter of the Pro-Life Knights of Columbus promoting pro-abortion advocates.

Following the 7:55 A.M Feb. 4, 2020  Tweet by Massachusetts Democrat Representative Tram T. Nguyn, regarding her headlining speaker position at the recent Andover, Mass. Knights of Columbus Post #1078 Torchbearers Awards Ceremony, calls for the resignation of the Grand Knight from that post have continued.

More than one writer has renewed the call for the resignation of Andover, Mass. Grand Knight Philip A. D’Agagit, and some have gone further, calling on the members for the Catholic Pro-Life Knights of Columbus membership to force D’Agagit’s ouster.

Rep. Nyugen is a Planned Parenthood leader of what has been termed the infanticide act in the Massachusetts Legislature. Last year, a similar bill passed the New York legislature, allowing birthday abortions, instead of promoting adoption of unwanted babies. Prior to passage of the bill, a woman’s physical health had to be at risk to allow her to kill her unborn, kicking, responsive, baby-in-the-womb (after six months of growth). The new law extends both the definition of health to include mental health – how the mother feels, and the time – extending to the baby’s birthday.

MassGOP Chairman Jim Lyons, shared that “our Cardinal Sean O’Malley has been leading the fight to stop this barbaric legislation. Philip D’Agati’s actions are a betrayal to the Cardinal, Catholics, and to all members of the Knights of Columbus.”

Lyons called D’Agasti’s actions – once again supporting pro-death positions, instead of adoption and choosing life for babies, especially as they approach their birthday as “disgraceful.” 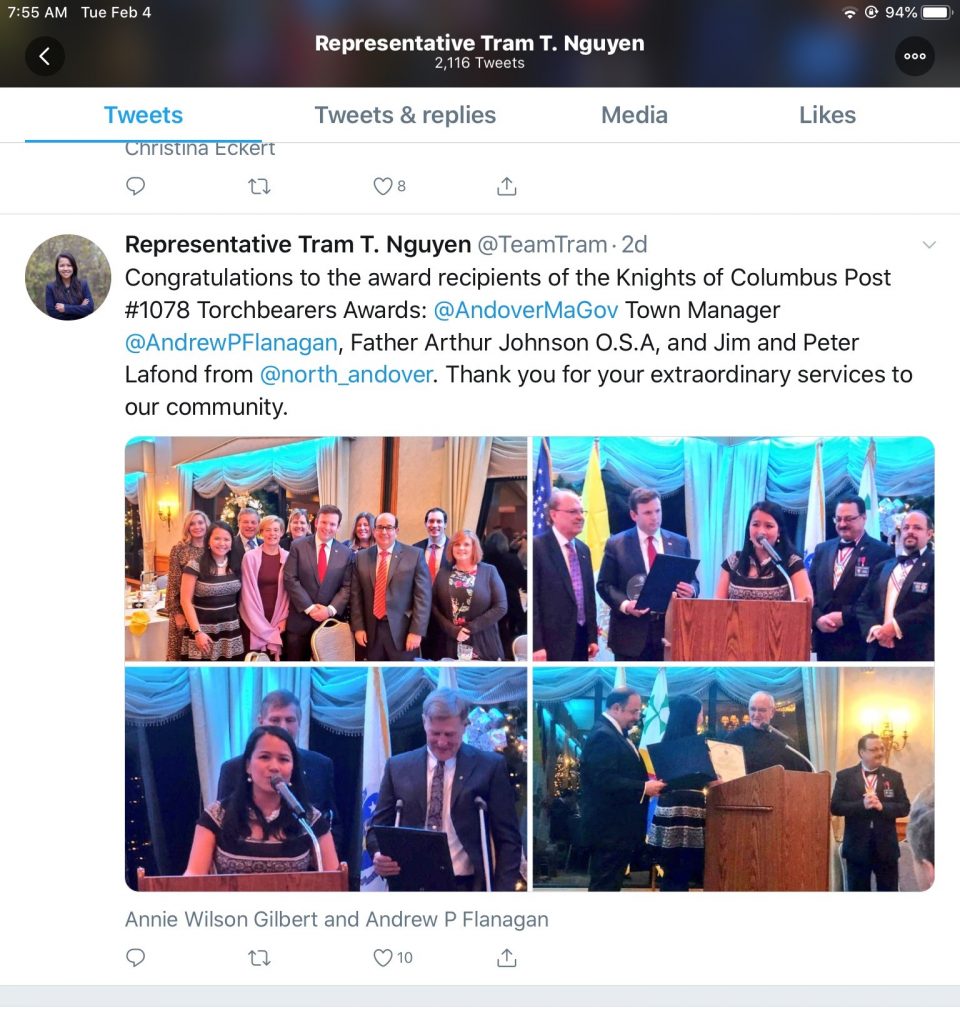 On their website, the Knights of Columbus state:
“Catholics must be committed to the defense of life in all its stages and in every condition” (St. John Paul II, 1995). The urgency of the threat to a culture of life in our world cannot be misunderstood. The Knights of Columbus vigorously defends the dignity of each human being at every stage of life. Councils and parishes can work to build a culture of life and a civilization of love through these important programs.

God Always Gets My Attention

FROM OUR PRINTED NOV. 2020 EDITION by Ginny Gardner I volunteer at a Newton, Massachusetts food bank. It is held once a month and I refer to it as Food Read More…

This incident was the fourth act of vandalism directed against a crisis pregnancy center in Massachusetts since the leak of the majority opinion in the Dobbs case on May 2nd, and the sixth attack upon a Catholic institution in the Commonwealth in 2022.

Call the Gov. Save Our Unborn: Massachusetts Republican Party Post to Save the Innocent Unborn Children