Former Mass. Governor William Weld who is running an attack campaign for president against Republican Donald Trump got his hat handed to him live, just moments ago on 680AM WRKO.

Host Jeff Kuhner called the gov to task, repeatedly noting how Weld has taken every anti-Republican position imaginable. Scheduled for 60 minutes, Weld’s handlers dragged him off the air, clipping the event before the bottom of the hour.

The episode was live streamed on WRKO. Go to their Facebook page!

We’ll put up some video of Weld’s handlers,  who huddled repeatedly, trying their best to put an end to the face off. Finally, they relented for another 10 minutes, but rushed out before the 30 min. Mark. 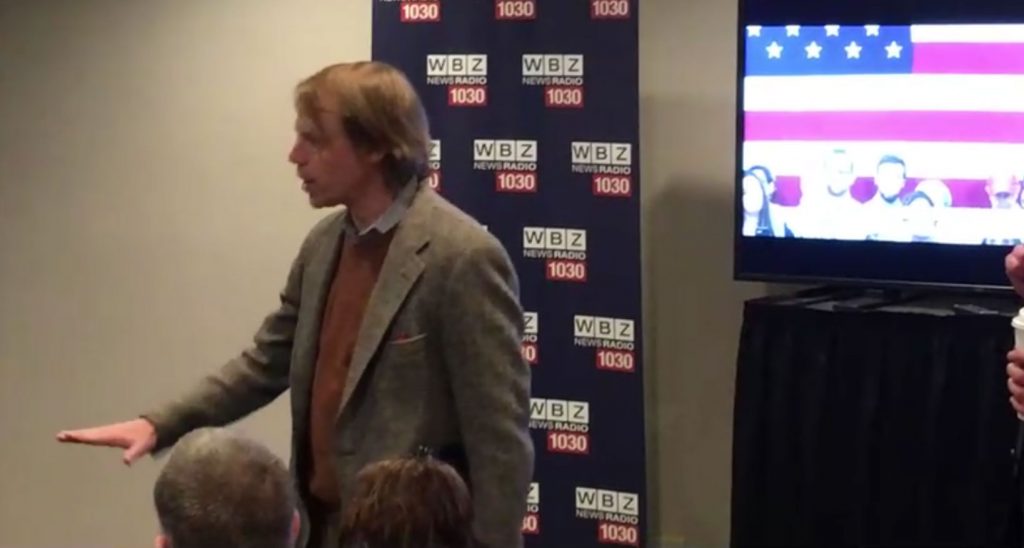 Jeff Kuhner had many questions that were left unanswered, including why Weld spent most of his money on consultants and lawyer friends?  More than $1.1 million of the $1.7 million he raised.

And what Weld would do now that he has on about $36,000 left, having spent the rest on travel and whatever, and not on campaigning (signs, ad buys, shirts, hell, anything!). He only spent a pittance on anything close to trying to get elected.

Kuhner called it as he saw it: Spoiler Weld is just in it to fraudulently get placement for his next gig after living off campaign money: a CNN or MSBC talking-head consultant!

A Celebration of Christmas at The State House