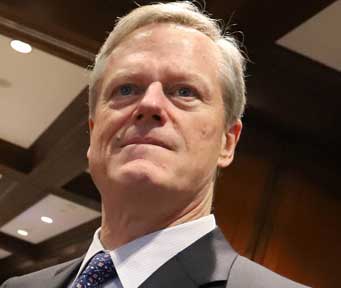 There are many examples of voter fraud tied to mail-in-voting, but apparently that’s OK according to Democrat-loving Mass. Gov. Charlie Baker, the so-called de-facto head of the Republican Party in Massachusetts.

Baker signed off on mail-in-voting, so the taxpayers of Massachusetts will now spend millions sending ballot applications to every registered voter in the state.

The process is simple: You fill out the application and drop it in the mail. A ballot then appears at your house, you drop that in the mail.

And, as for who the ballots are sent to, well, those lists are ripe for fraud, as so many people who may have moved or died, well, chances are they’ll still get a request to get a ballot … you can fill in the blanks as to what will happen with these ballots…

More to that point, you can do a little searching online and find plenty of incidents of voter fraud related to mail-in-voting, and also find the differences between absentee voting and mail-in-voting, voter harvesting, and all types of fraud that has and will be committed with mail-in-voting.

Voting is important. Should it be easy to commit fraudulently?

Should it really be just mailed in?

Charlie Baker thinks so, but then again, he’s the same guy who has shown no coat-tails to elect Republicans in Massachusetts (there are less now than when he started, and he has perhaps the smallest listing of candidates for this cycle, leaving more than 75% of the Democrats without any opponents. Also, Charlie has either directly or indirectly through friends and past associates of Charlie, aggressively sucked a lot of money out of the Republican donor base into either Charlie’s campaign coffers or into Political Action Committees. He’s left the MassGOP as an organization financial weakened.)

With so-called Republican Charlie Baker putting his foot on the financial air supply to the Republican Party in Mass., overseeing the decline of Republicans in the Senate (just 4 out of 40) and House (just 31 out of 160) and enthusiastically encouraging a method of voting which is inherently susceptible to fraud, one is tempted to believe that perhaps it’s true: a mere $65,000 per year bonus the Democrats gave Charlie to pay his mortgage in Swampscott or use for whatever other purpose he desires, has paid such dividends to the Democrat Party in Mass.