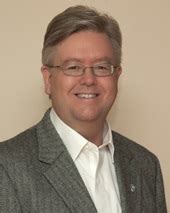 Well, a quick review of Randy Hunt’s voting record will rapidly convince even the most discerning observer that Randy is a RINO (Republican in Name Only), but what is even worse is his donations.

Yes, THAT ACT Blue! The one that endorsed and supported (with big bucks) ultra extremist liberal Democrat Susan Moran in her race against Republican Jay McMahon.

Guess who donated via ACT Blue to Susan Moran?????

Act Blue is the financial arm of BLM that funnels donations to the DNC!

That’s right – simple to connect the dots: So-called Republican Randy Hunt donated money on May 1, 2020 via credit card to a DEMOCRAT organization dedicated to elect LIBERAL EXTREMIST DEMOCRATS – ACT BLUE (not red, BLUE)! And, Randy Hunt CPA PC’s money was thus funneled to a Democrat. In this case, Susan Moran, the moonbat who slide into the recent senate election thanks to a certain town clerk who:
1. Refused to train poll workers.
2. Admitted 60% of the poll workers were new – and may have had connection to the Democrat Party and specifically the Moran campaign.
3. Resigned the day after the election. (Yeah, said he was tired, and planned to retire, and a very nice gentleman, but he didn’t do his job, didn’t follow the same routine he has the past couple of decades, didn’t train, didn’t supervise, and didn’t monitor the polling locations. In a nutshell, he was scared of Corona, so he let everything slide. He didn’t do his job, and hence why we received so many little stories of voting irregularities! Unfortunately, none came with video! Something we hope voters will remedy in the fall).)

Yes, that’s right. No oversight (he refused -claiming fears of Covid – to train and to provide oversight for the special election. And yes, there were multiple (although no video is available) reports of “ballot stuffing”.

So, so-called Republican Randy Hunt donated to a DEMOCRAT Political Action Committee that then donated to a Democrat Senate candidate….

No surprise. Hunt has a history of standing down, approving and supporting Democrats. A typical Charlie Baker “Republican.” He’s done his 10 years in the legislature, making NO, ZERO, ZIPPO advances for freedom, and will now collect 80% of his pay, for the rest of his life.

6 thoughts on “Randy Hunt is a Political Whore.”