Compiled by COMFLM, with Samantha Muise

BRIDGEWATER, MA – The Drop Spot in Bridgewater was created in 2017 as an affordable alternative program for children, with the aim of changing the child care industry in Massachusetts. But the friendly, community business now finds itself in a nearly impossible environment for it to survive and thrive following ongoing attacks by the Department of Early Education and Care.

In summer 2021, after rebounding from Covid and fighting nearly impossible and abusive regulations being imposed upon children and staff, the program was re-established as a Ministry. The Drop Spot’s clients were moved to the new structure under private contracts, and the Ministry acquired all of The Drop Spot’s property. It was founded on the shared belief of its members- “That we are all divinely created in the image of God, and that God grants us oversight of our offspring, that children are not the property of the state, that we can make decisions educationally and otherwise for them without the government’s involvement,” says Muise.

But the government continues to attempt to be involved. Since October of 2021, the State has harassed and defamed the Ministry in an ongoing attack to destroy its reputation. 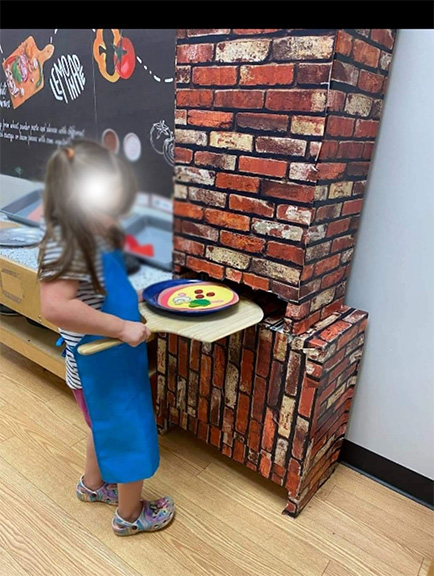 Child playing in “the pizza shop” inside the program

Now the community gathering place is in a monumental fight to survive against obstacles put forth by the State.

“The state is attempting to secure rights over our families’ educational and medical choices,” says Samantha Muise, the founder of The Drop Spot Ministry. “Right now there is a bill moving forward to remove the religious exemption for vaccinations. We have God given rights to protect our children, especially when the state fails to do so.  We have not only the right, but the obligation to protect our children from State’s overreach and interference with what we do or do not choose for OUR children.” 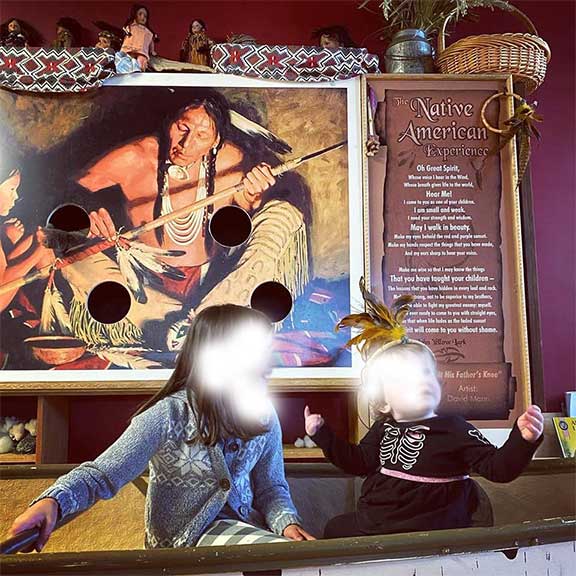 Children playing in a backdrop of history at the Bridgewater space 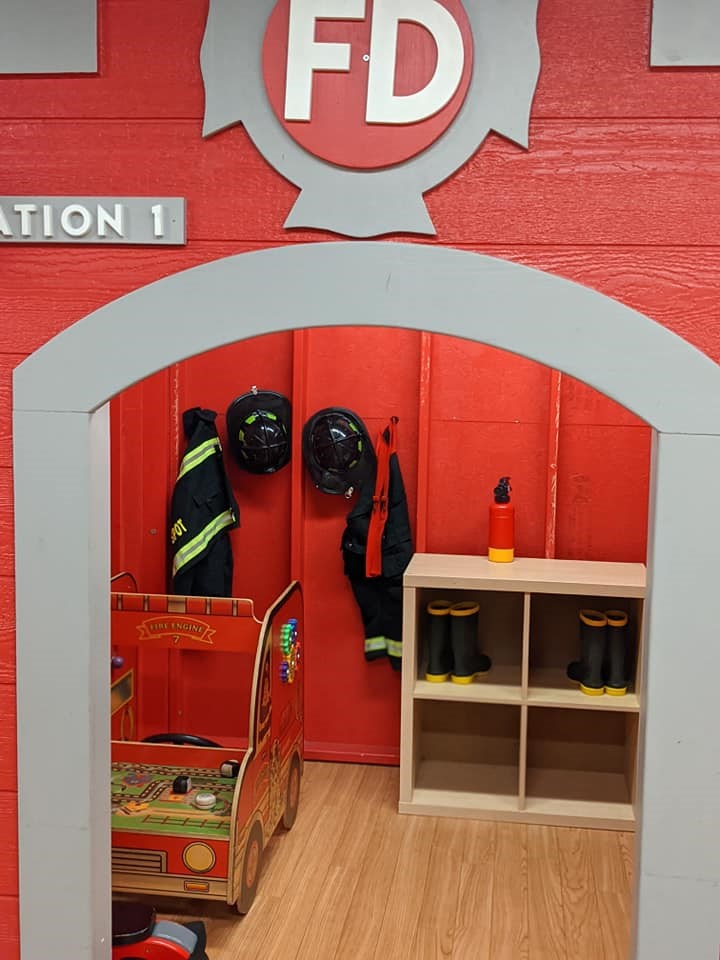 “If the State is creating schools that are overseen by them and contradict our religious views, then we will assert our rights as parents to create our own schools outside of their jurisdiction and take action to protect our children,” Muise declares. “Pierce v. Society of Sisters is one Supreme court case in which the court upheld the right of parents to decide which educational experiences are best for their children. The court determined that the state may not interfere in the educational choice of parents, whether it be where their child is educated or by whom.”

The State went as far as to serve a cease and desist letter on the Ministry and then contact their members privately to falsely report that the program had been shut down by the government. The Ministry’s privacy and members list was established in the Supreme court case, NAACP v. Alabama.  This, along with false allegations of abuse in the program have resulted in a media frenzy affecting the business and creating revenue loss that is unsustainable long-term. 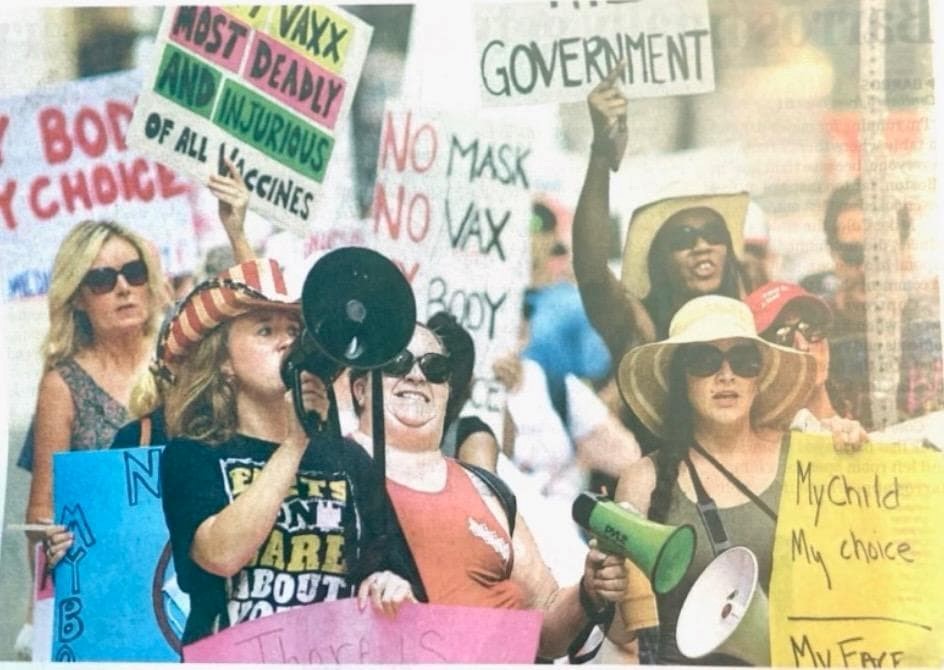 This is not The Drop Spot’s first controversial battle.  Owner, Samantha Muise on the frontline addressing a freedom rally for bodily autonomy in Boston. The Drop Spot is a safe “freedom” zone and was under fire for not masking and social distancing children in 2020 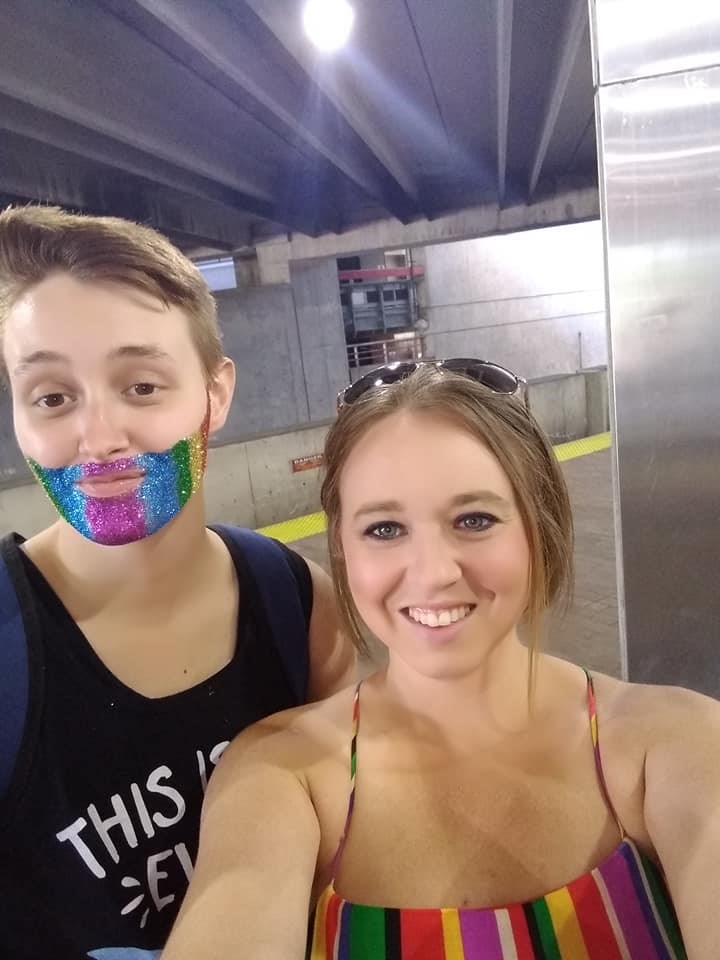 Samantha and her sibling Matt (Lauren) Muise worked together prior to their falling out. In 2019. Samantha opposed her sibling engaging preschoolers in the classroom in her very public gender transition, which led to her leaving The Drop Spot. This was long before the public indoctrination of children in the classroom.

A presentment letter was served to the Department of Early Education and Care, June 7th accusing the State of interfering in private contracts, torturously interfering in an advantageous business venture, and for attempting to establish the definition of religion in their regulations.

Below Samantha Muise tells her Drop Spot story at the State House explaining their transition to the private sector as the MA Liberty Coalition: https://www.facebook.com/catherine.vitale.3/videos/454238912876798

All of these actions against the Ministry are violations of both State and federal law. Winning this case would be precedent setting for home schools, religious schools, and any other facility wanting to offer educational options to families outside of the jurisdiction of the State and federal government. The initiative would also strike a huge blow to the incoming public preschool option.

Stand up for our unalienable rights, bring awareness to the battle, and help the Ministry make history.  Join The Drop Spot for an end of the school year bash, big Luau celebration, Saturday June 18th 12pm-2pm.  $5 per child adults are FREE!  Come out and show support ! 27 Perkins St. Bridgewater, MA

Not statutorily complaint in state of MA

MassGOP State Committee Sits It Out

UPDATE  AUG. 9, 2016:   Seems the pressure from Republican voters got to cupcake. The State Committee is now set to meet the last Wed. in August.  Under the non-leadership of Read More…

Diehl vs. the Millionaire/Globe/Establishment (RINO) Republicans