Hughes graduated from New York University in 2003 and from New England School of Law in 2008. Since January, she has been working as general counsel and special sheriff in the office of Norfolk County Sheriff Jerry McDermott, who was appointed to his post by Baker.

While serving as Massachusetts Republican Party chairwoman from January 2012 to January 2019, Hughes also worked as an attorney at Palmucci Law. According to her resume on her website, she represented indigent clients on behalf of the Committee for Public Counsel Services, and also represented private clients in court matters.

Hughes was part of Scott Brown’s rollercoaster ride through Massachusetts politics, serving as his Senate campaign’s deputy finance director from late 2010 through late 2012. Brown won election to the U.S. Senate in 2010 and lost his seat to Elizabeth Warren in 2012.

From 2004 until 2009, Hughes worked at White & Case in New York City, as a law clerk in the U.S. Office of Special Counsel in Washington D.C., in the Suffolk County district attorney’s office, as a law clerk in Quincy’s Office of Solicitor, and as a legal analyst at Robert Half Legal in 2009.

Hughes will eventually appear before an all-Democrat Governor’s Council. Jennie Caissie of Oxford was the lone Republican on the council this term, but she resigned after Baker nominated her for clerk magistrate of Dudley District Court and her colleagues confirmed her nomination.

Baker’s nomination of Taunton Mayor Thomas Hoye as Register of Probate in Bristol County this year opened up a job opportunity for another top Republican. On Tuesday, voters in Taunton elected five-term Rep. Shaunna O’Connell to succeed Hoye as mayor.

Lt. Gov. Karyn Polito announced Hughes’ nomination at a noon Governor’s Council meeting. An aide said she was unavailable after the meeting to discuss it.

Councilors Terrence Kennedy and Christopher Iannella declined to comment on the Hughes nomination after Wednesday’s brief council meeting. Iannella said he just learned of it, describing it as coming “out of the blue.”

Clerk magistrates are appointed by the governor and serve for life or until they retire.

AND, FROM THE ARCHIVES: 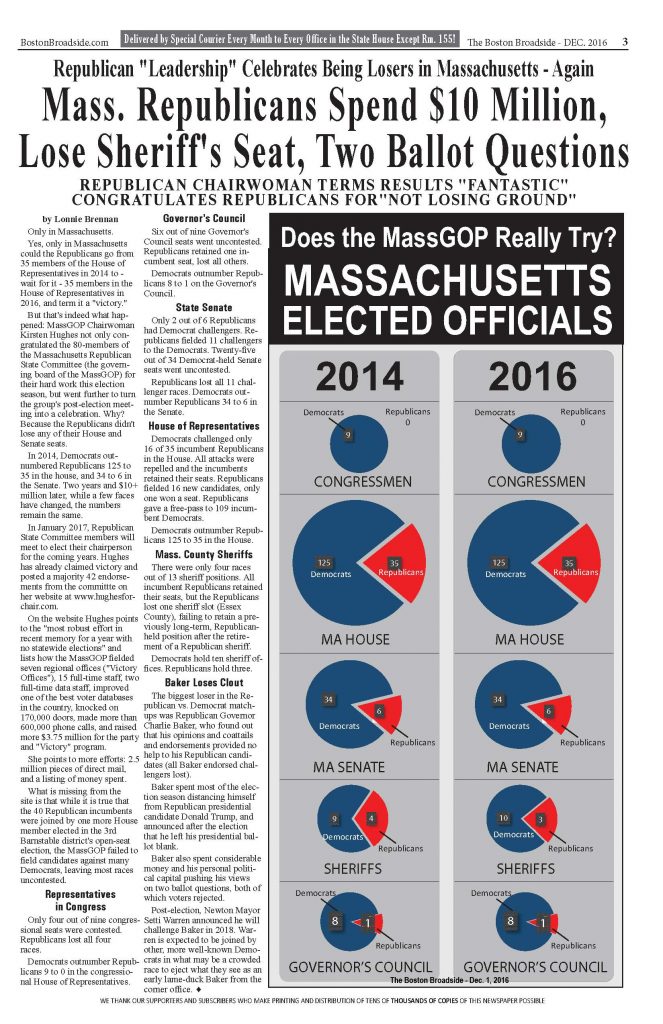 A Modern Frontiersman: Adam Lange and the United Cape Patriots

FROM OUR PRINTED AUG. 2021 EDITION     by Atty. Robert Snider Boston Broadside Columnist Former Suffolk County Assistant District Attorney If you have been sitting in your easy chair, Read More…