Donnie Palmer, a black Republican candidate for congress in Boston, Mass. and his supporters got jumped by unrelenting dark-skin thugs who beat the congressional candidate on the side of his head as he attempted to save his friend from a similar beating.

One of Donnie’s other supports managed to sit up on the sidewalk, blood visible from his head, clearly dazed. He was later taken to the hospital.

The black gay man was beat on. Here is his update from the hospital posted on twitter: 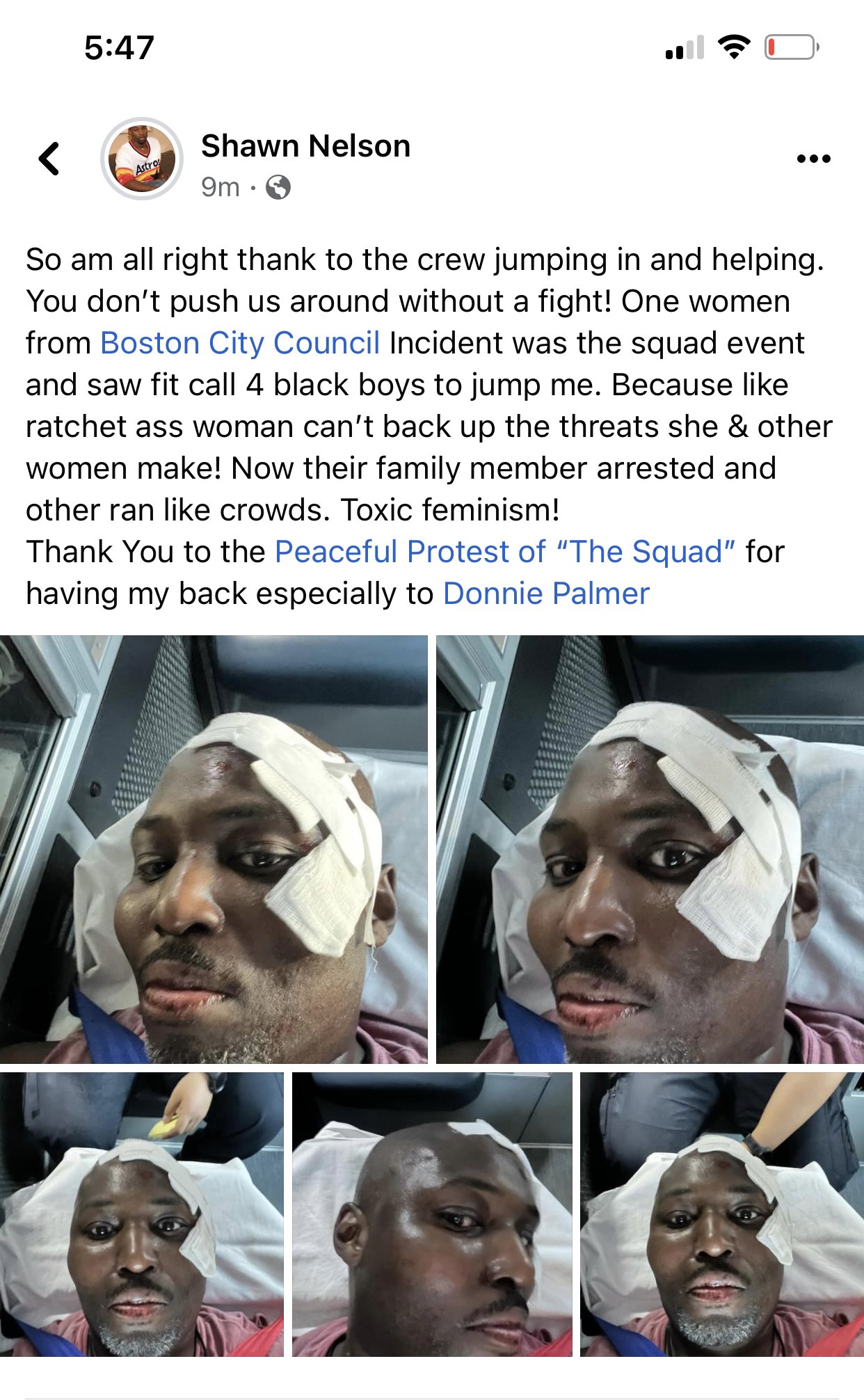 In the video provided to the Broadside, Donnie attempts to fend off one of the attackers who continues to throw many many right hooks at Donnie. Donnie tries to save another friend from ending up on the ground, but that just left Donnie open to more and more punches.

He took a hell of a beating, as those who jumped Donnie and his supporters kept at it.

Donnie trying to pull man off of one of Donnie’s supporters  gets wailed from dark skin man with stripes on his shirt shoulders (to left) who moves in and punches Donnie multiple times on the side of his head. 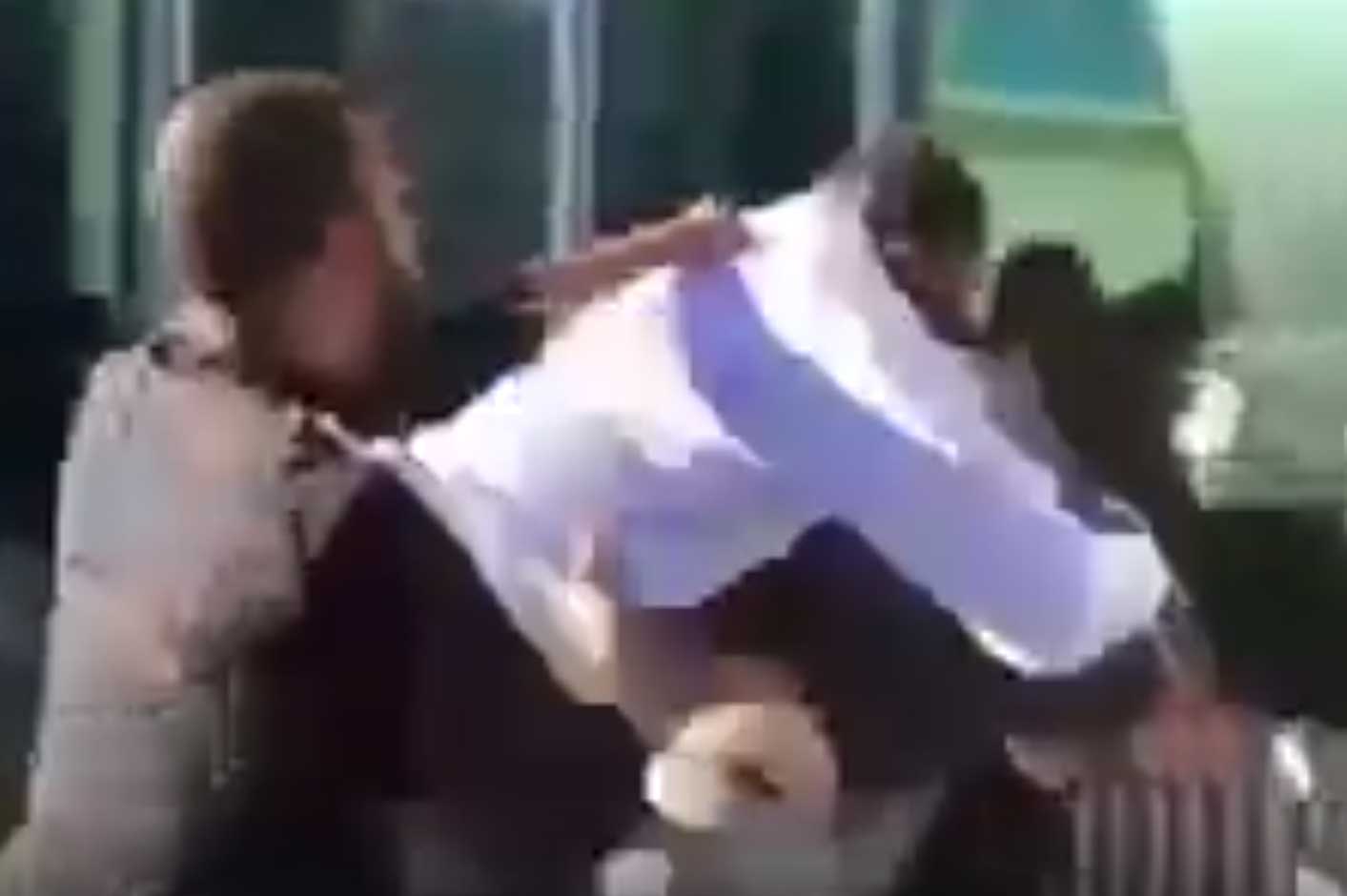 Man in white-striped shoulders shirt continues to throw wide punches at side of Donnie’s head. 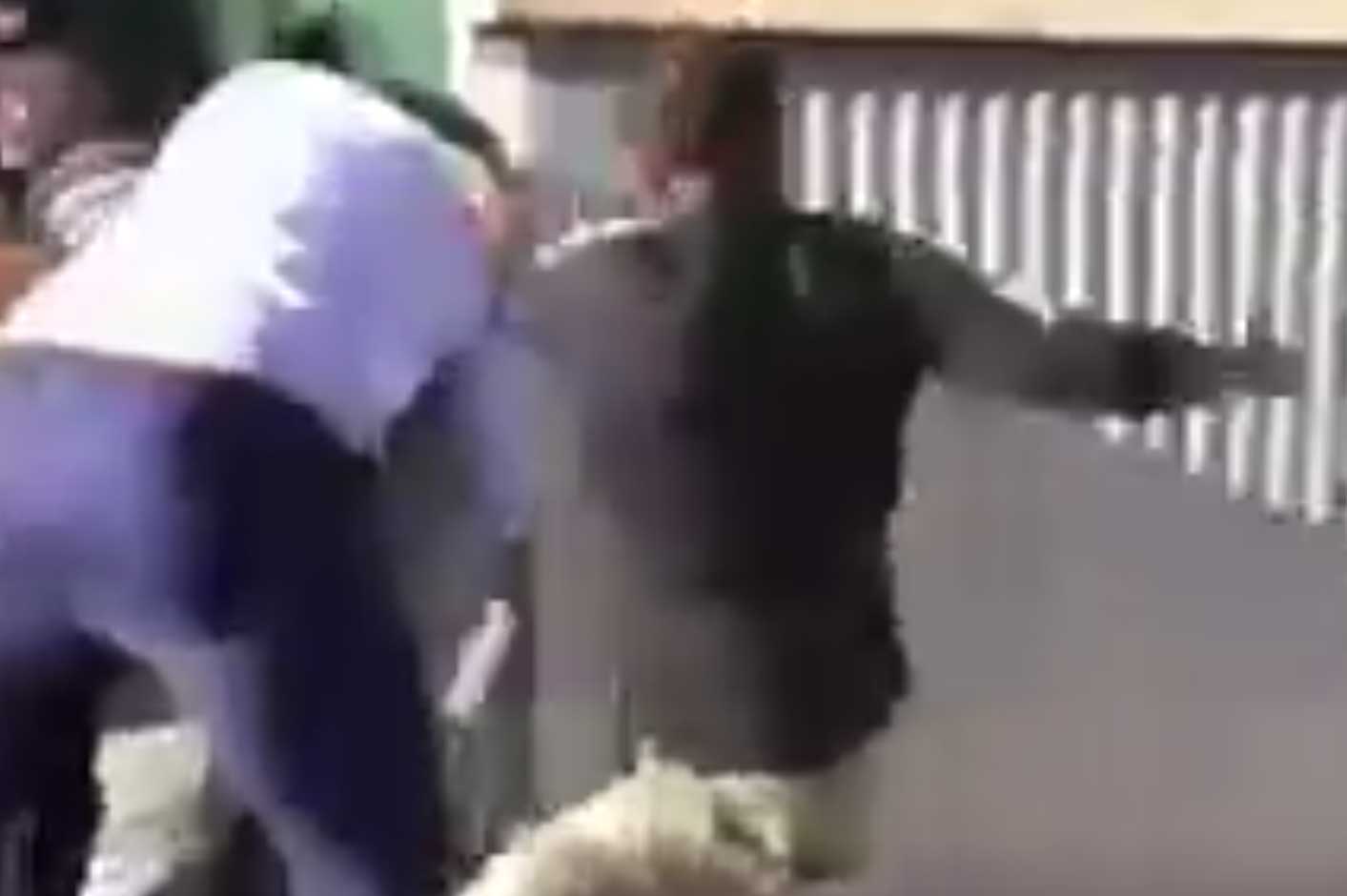 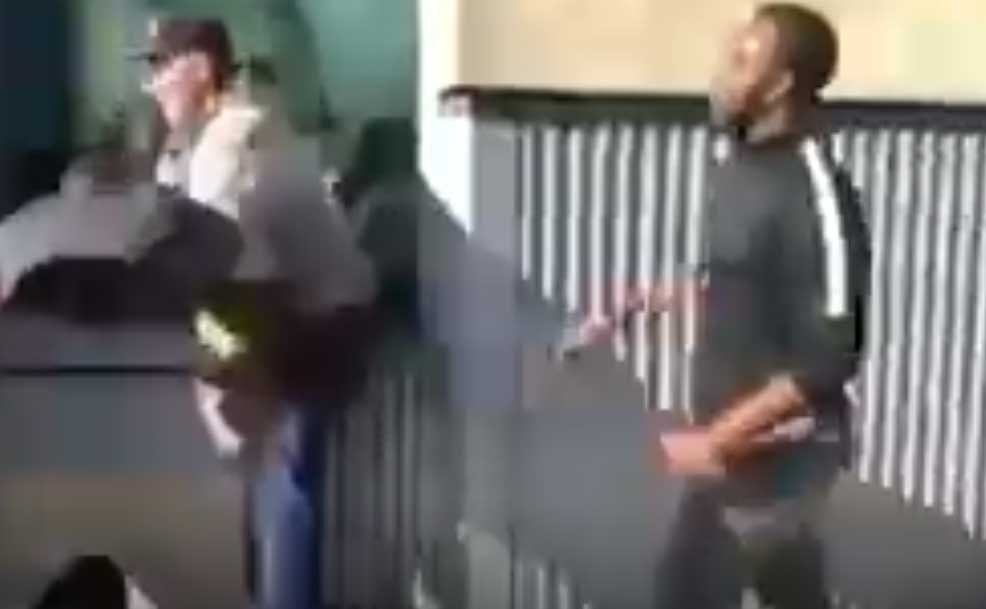 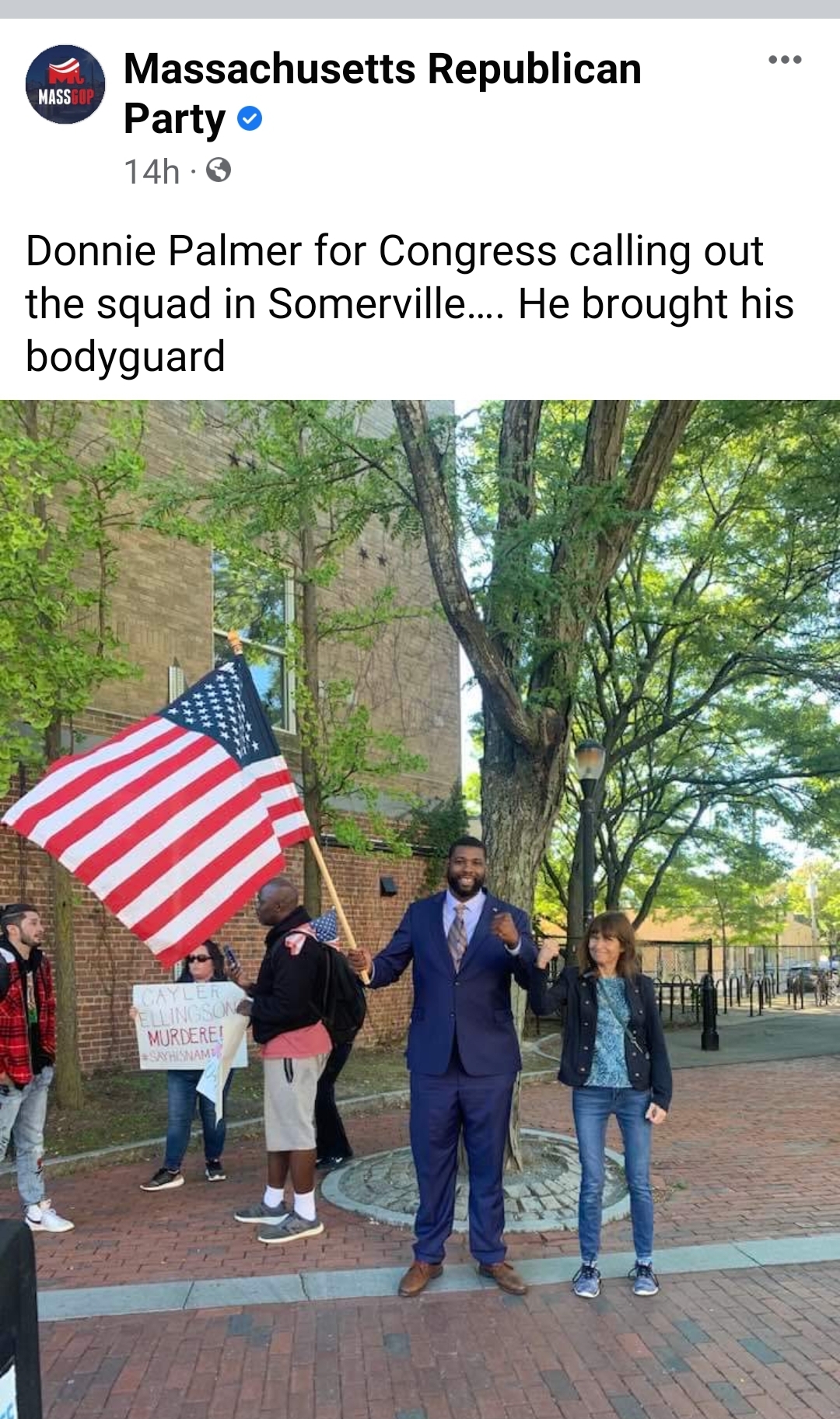 The scene was peaceful, but just 15 minutes after the peaceful protest, four thugs attacked Donnie and his supporters. Clearly, the four were ready to fight. Donnie’s team was not. This is Boston/Somerville.

We reached out to United Cape Patriots (UCP) Founder Adam Lange on a similar incident. Lange recalls Massachusetts squad member Ayanna Pressley using these same tactics against Rayla Campbell in their 2018 race. “Pressley will use violence to silence her opponents, and travels with thugs to achieve this goal.

“We cannot be silenced in exposing the truth. UCP always works closely with local law enforcement, has a security plan at each event, and never has had an act of violence at our  event,” Lange shared.

ONE OF SEVERAL PHOTOS POSTED ON TWITTER OF ATTACKERS: 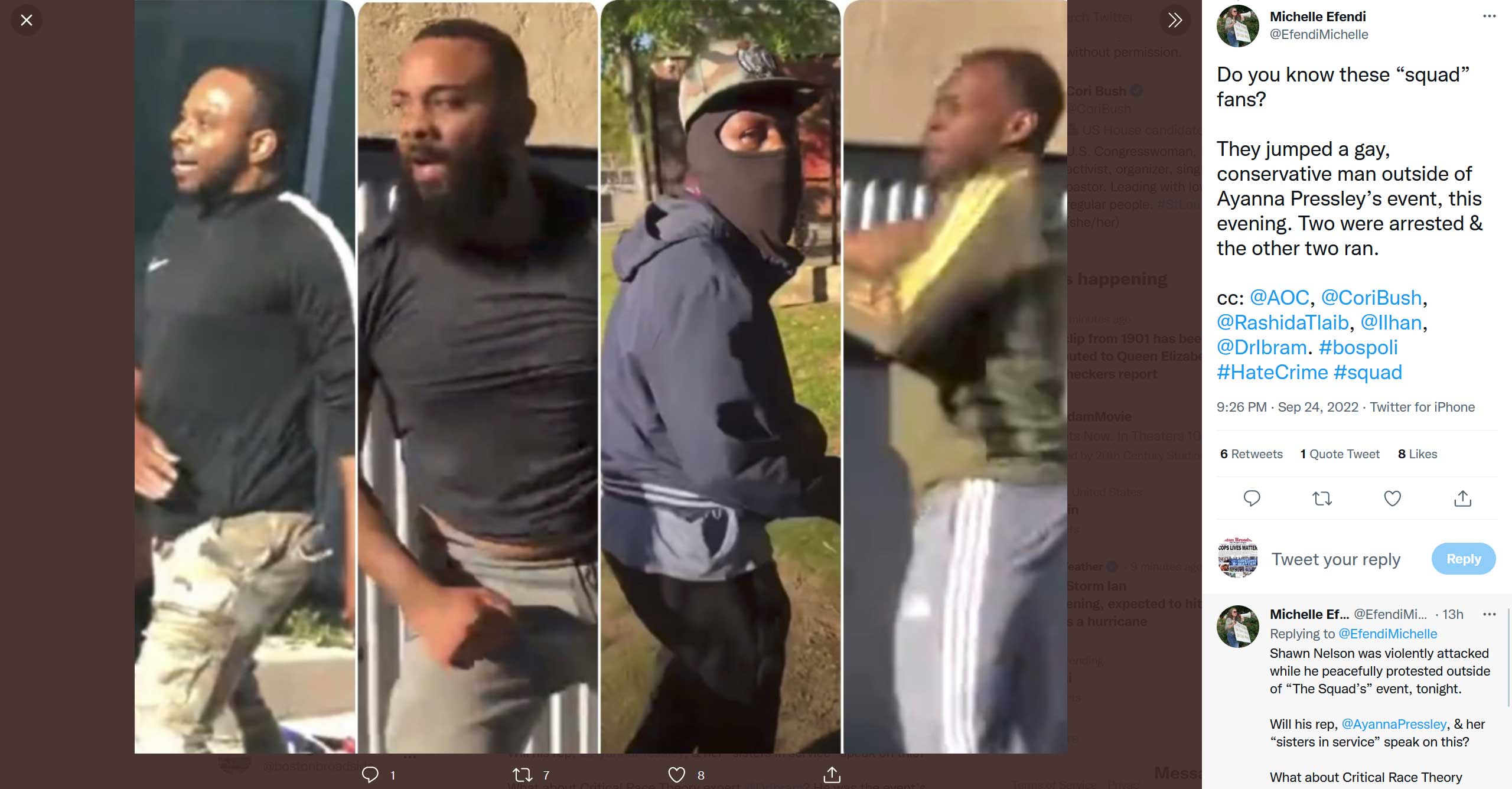 If you can stand in line at a grocery story, why can’t you stand in line and vote? There are many examples of voter fraud tied to mail-in-voting, but apparently Read More…