A cadre of United Cape Patriots stood out at the entrance to the posh, gated Glen development in Mashpee on Thursday evening, September 2nd, as a parade of imported luxury automobiles motored past on their way to a Governor Baker fund raiser. Energetically, they waved their flags; their Geoff Diehl signs and their messages. 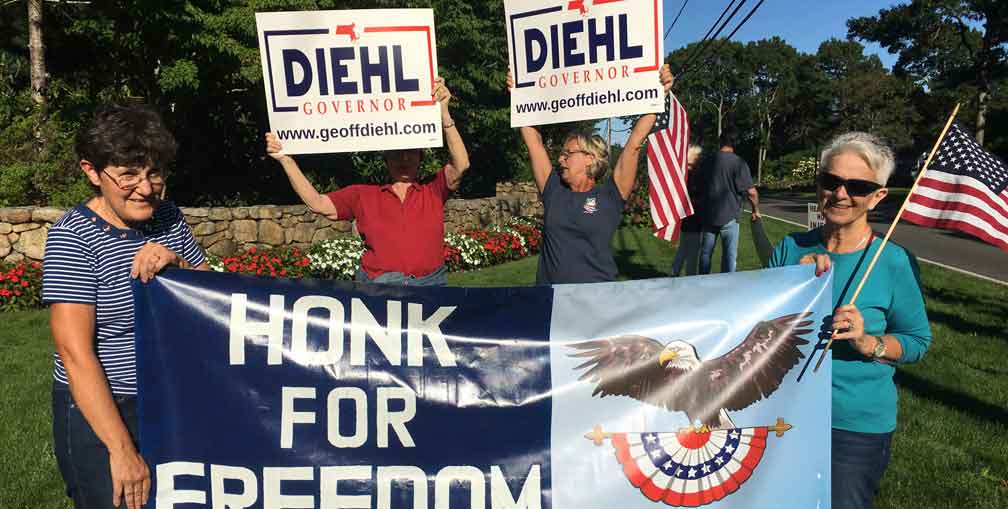 Asked why they were supporting Geoff Diehl and not their Republican governor, their answers had a common theme. No one complained that Baker had failed to get a benefit for them individually. All pointed out Baker’s silence and lack of courage in support of traditional rights and values for all. He failed to advocate for voting integrity. He failed to balance objective science with economic and personal freedoms. Phyllis from Mashpee signed, “My child. My choice.” Kathy, a retired physical therapist, “Back off Baker.” 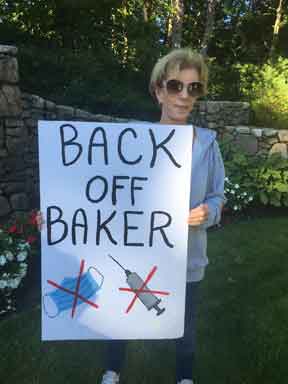 They recognize the political realities of Massachusetts but, as Sharon from Falmouth said, “His silence tells you everything you need to know about him.”

High School Kids to Vote: Don’t Need to Work, Pay Taxes, or Be old Enough to Be Drafted, but You Can Now Vote in Boston

I am happy to report that we are holding our first fundraiser since the pandemic hit in March.    Not only is this a good opportunity to get together, but Read More…

http://wikivote.net/ Learn all about the candidates in Massachusetts