On lawns across the country, well intentioned neighbors have proclaimed their opposition to racism in America through Black Lives Matter signs. Amazon, the top retailer in the world, sells the most popular, 24” x 18”, black and white background, black and white letters.

With skin color defining people and their histories, you might think – as the pop song said years ago – that the races, like ebony and ivory keys on a piano, will find harmony. Whole notes, sharps and flats need each other to make the music we love.

The organization Black Lives Matter is not preaching harmony, but division and revolution. Rudy Guiliani has explained the hold BLM has on the public: “The relentlessly repeated cry of ‘Black lives matter’ is an unassailable moral truism, calculated to bully people into supporting a radical, revolutionary, anti-order movement.”

BLM founders are self-described Marxists. After decades of hot and cold wars with the stepchild of Marxism, communism, and without one example of success, BLM might want to hide its beliefs behind the stalking horse of socialism. Trained Marxists as they say they are, they won’t preserve our Constitution or respect our national past. They will replace them with a utopian future, always promised, but never achieved.

Reform was Martin Luther King’s challenge to America. BLM never mentions the patriot King, our American Moses. Instead, BLM wants a government to guarantee what they now call equity, where everyone is in one social class – except the leadership. Authoritarians will rule until utopia is achieved. Never mind that democracy is the many, the people, telling the few, the government, what to do. In Marxism, the few tell the many what they must do, not to convince, but to compel.

For BLM, the individual doesn’t count, his or her only value is how each can promote BLM’s revolutionary ideals. George Floyd needed intervention for his drug addiction long before his televised death. Floyd’s tragedy gave BLM its martyr and a reason for the chaos in which BLM thrives. BLM has its own Ministry of Truth, starting with the death of Michael Brown, who was not murdered. Brown never put his hands up begging for his life, but attacked a police officer. BLM undermines the trust between citizens and the police, in effect, with the law and order.

Business schools like at Harvard offer to teach success, the tuition about $75,000 a year. The school uses case studies, how a successful business goes from idea to development, to mounds of cash. Without Harvard or Wall Street, BLM has established a name brand so powerful that industries and celebrities flock to it, bringing money and prestige, among them the NFL, the NBA, Coca-Cola, IBM, Cisco, Microsoft, Uber, and Airbnb. Disney itself pledged $5 million and changed one of its rides to please BLM.

For a while, it seemed like BLM was beyond reproach, except among conservatives and honest media. When one of the founders spent nearly $4 million to buy properties, in mostly white neighborhoods, she had to resign. Marxists apparently like nice homes too.

Now, there seems to be growing resistance to BLM’s hold on the public – and from the black people whom BLM proclaims it defends. “They say Black lives matter,” said Secoriya Williamson, whose 8-year-old daughter was shot to death in Atlanta last summer. “You killed your own. You killed your own this time. … You killed a child. She didn’t do nothing to nobody.”

The website and Twitter account of Leonydus Johnson, a black man from Ohio, tallies the African American children shot and killed. Hundreds of adults are also victims; over 1500 shot in Chicago just this year. But Johnson’s focus is on the kids. Seventy-eight black children were killed in 2020, he says. The count for 2021 so far is 27, from infants to teens.

Johnson publishes their pictures, with descriptions as brief as their lives, to dramatize the losses to his community – its future. He asks, “How many people has BLM, CRT, or any other form of race hustling pulled out of poverty? Kept out of prison? Saved from street violence? Who has been helped other than the hustlers themselves?” ♦

Len Abram has been a Belmont, Mass. resident for more than 20 years. Along with reviews and articles, he has written three novels, the last in 2019 called “Empty Doorways,” about an African American boy from Mattapan who goes missing and the two Boston Police Department detectives who help search for him. His website is www.lenabram.com. In the latest style of listing preferred pronouns, you can use he/him/his — but “Hey you!” works too. 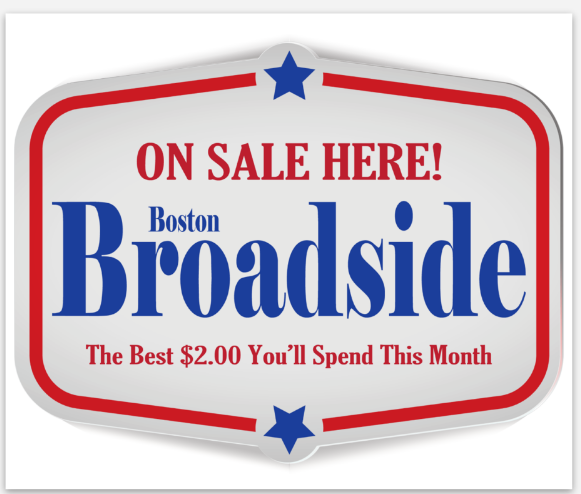