Her Facebook profile photo says it all: First Amendment, Constitutional rights, but the Constitution apparently provides no shield for those who hold conservative values, at least not those who are  teachers in Massachusetts. 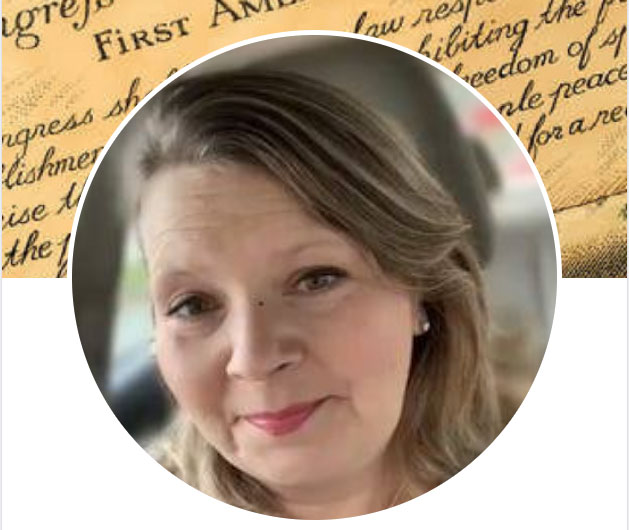 Hanover, Mass. high school business/math teacher Kari D. MacRae was handed her walking papers (fired) this week after a video surfaced in which she stated that she won’t push a certain agenda. She also had postings pointing out the absurdity of an overweight old man (the U.S. Assistant Secretary of Health and Human Services “Rachel” Levine) dressing up as a woman and trying to push his agenda on the nation.

In Massachusetts, it has become routine for parents, teachers, administrators, counselors, the Department of Children and Family Services, members of the courts, and others to push an agenda that routinely sees girls undergoing intensive biological, chemical, and bodily changes (drugs, puberty blockers, breast removal), and boys similarly chemically altered, castrated, and physically and chemically re-constructed.

Opposing the LGBTQRXZ Agenda Has Consequences

MacRae found out the hard way that not encouraging the transposition or elimination of the male and female natural, biological genders can land a teacher in Massachusetts in hot water, and ultimately, out the door.

Her point about genders and agendas will most likely never receive a full discussion, perhaps lost in the fog of condemnation,

Since the revelation of her pre-election video, MacRae who won a seat on the Bourne, Mass. school committee has been hounded by the teacher’s union and school board members to resign. Thus far, she has remained determined to stand tall, and refuse to be discarded, oppressed, silenced.

“I was elected to the town of Bourne, MA School Committee and am now being targeted by some fellow members of the committee and the teachers Union due to my conservative views.

I made a video on my tiktok account which was under a pseudo name before being elected about two separate issues, the first being Critical Race Theory. In the video I opposed CRT in our schools. The second was that children should not be taught that they can choose to be a boy or girl. In the video I stated that no one should be trying to force their personal agendas on their students ( our children). They have turned these comments into a campaign calling me Racist, Homophobic and transphobic.

I am a teacher with 7 years experience!

I was placed on administrative leave pending an investigation from my new business/ math teaching position at Hanover High School from what was seen in the Cape Cod Times and BostonGlobe!

The “investigation” was conducted and subsequently I was fired effective September 29th specifically for the campaign waged against me for my personal and political beliefs that have never affected my role as a teacher in ANY classroom.”

JNS/Jonathan S. Tobin: The Court and the Right to Faith in the Public Square

The future of religious liberty, more than that of Judge Amy Coney Barrett, is at stake in the coming debate about her Supreme Court confirmation. By Jonathan S. Tobin (JNS) Read More…

FROM OUR PRINTED AUG 1, 2021 EDITION On lawns across the country, well intentioned neighbors have proclaimed their opposition to racism in America through Black Lives Matter signs. Amazon, the Read More…