The actor played Corporal LeBeau on the WWII-era sitcom.

(JNS) Robert Clary, a Holocaust survivor best known as the French actor who starred in the CBS-TV series “Hogan’s Heroes,” died at his home in Los Angeles on Nov. 15 at age 96.

Family members did not provide a cause of death.

Cleary, who played Corporal LeBeau on the World War II-era sitcom from 1965 to 1971, was the last surviving member of the show’s original principal cast.

Born Robert Max Widerman in Paris on March 1, 1926, Clary was the youngest of 14 kids born to Orthodox Jewish parents. At age 16, he and most of his family were rounded up by the French police and sent to Auschwitz, where his parents were immediately sent to their deaths in the gas chamber.

Clary was the only one of the 13 members of his family who were deported to survive, although three siblings also lived through the Shoah. He was incarcerated at the German concentration camp Buchenwald for 31 months, where he made wooden shoe heels in a factory.

“Singing, entertaining and being in kind of good health at my age, that’s why I survived,” he said of singing with an accordionist every other Sunday for SS soldiers at Buchenwald. 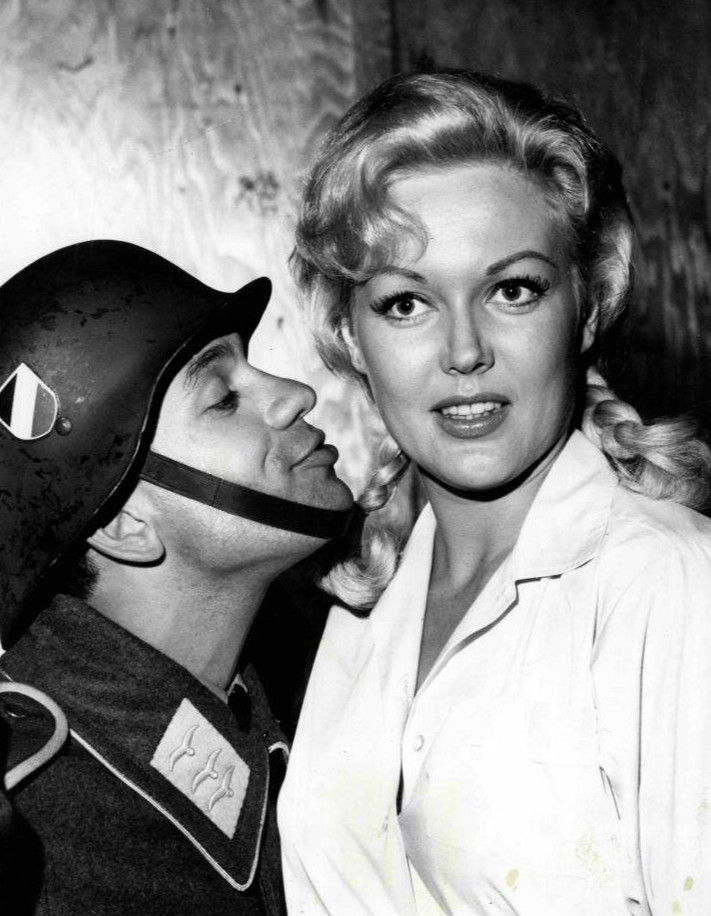 In May 1945, Clary returned to France and sang in dance halls. Four years later, he headed to Los Angeles to record for Capitol Records and, in 1950, he appeared in a French comedy skit on a CBS variety show hosted by comedian Ed Wynn.

He spent much time touring Canada and the United States, speaking about the Holocaust.

Clary was married to his mentor Eddie Cantor’s daughter Natalie for 32 years. She died in 1997. He had no children.

The Beautiful and The Ugly – Lessons of Life and Memories, While Holding a Sign

The Beautiful and The Ugly On November 3, my wife and I with a few other people from Concord and Carlisle, Mass. were holding signs for political candidates on Monument Read More…

Death to All Who Oppose Them, and Perpetual Slavery for Everyone Else

FROM OUR PRINTED 2021 EDITION FROM OUR READERS: by Douglass R. Knight Ask anyone who the greatest mass-murderer of all time was, and they will inevitably and instantly reply: Adolf Read More…