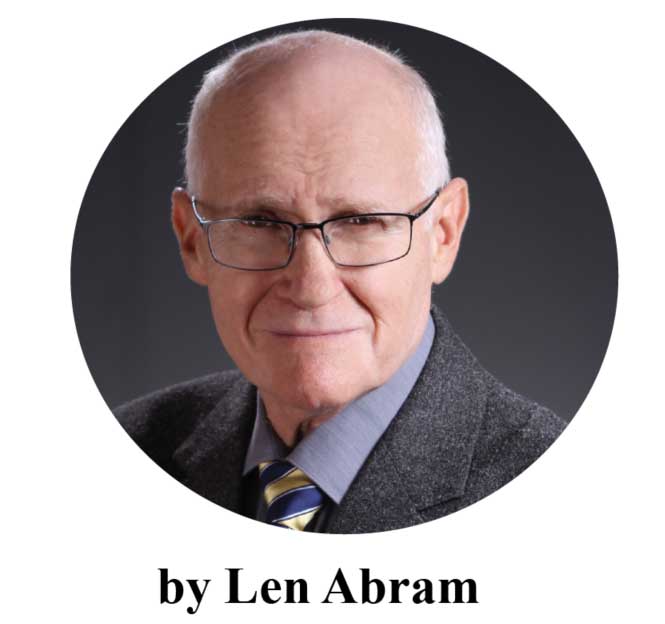 ‘The Blessings of Liberty’

Of the Vietnam generation, I got through the draft without being picked and definitely did not volunteer. In college, I joined the marches against the war because they were the thing to do. You felt solidarity with a new generation – Boomers is one description – freed from old standards and loyalties. Marches were also a way to meet girls.

The 1960s in college were a cynical time. The cynicism was not that different from today’s: alienated youth, violence in the streets, the universities and schools teaching the young to dislike their own country. Except for a pandemic, which added death and lockdowns to our lives and vocabulary, our times have enough disunity and insecurity to make the future of the country doubtful.

Today we have Antifa and Black Lives Matter. Then we had Black Panthers, the Weathermen and Students for a Democratic Society – leftists who were closely aligned with revolutionary Marxism and black nationalism. The riots of the 1960s were bad for their time, until the summer of 2020 with two billion dollars in damages, stores and blocks burned to the ground, 2000 injured and a couple of dozen killed.

According to Gallup, in 2020 only 44% of Americans thought their children were likely to have a better life than their own. In 2010, the number for national optimism was up to 62%. Ten years have made that much difference. We don’t need Gallup to tell us what’s in the press, on social media, on TV and in politics: decline. Gallup summarizes, “Confidence in the traditional American Dream — that each generation can work its way up in the world and have a better life than the previous generation — appears to be slipping away.”

In the 1970s I ended up where I never intended: the Far East. I was in graduate school. Grad students are the indentured servants of academia – no status, grateful for the little that grants and assistantships paid in pursuit of a Ph.D., a dim light on the horizon. Needing a break, I applied for a job teaching writing and literature to American service men and women in Asia. My travels would take me to American bases in Korea, Thailand, Taiwan, and Japan. Vietnam was included, but by then the American war was winding down.

I wasn’t thinking about war, but new adventures and experiences. I got plenty: riding to class in cargo aircraft, helicopters, military or civilian buses; meeting soldiers, sailors, airmen and Marines from all over the country; and making friends among Americans and the local population. One incident stands out: a ride on a two-seater helicopter from Daegu, South Korea to the port of Pusan where I would teach a course for the famous M.A.S.H. unit, still deployed in the republic. I told the warrant officer pilot that I loved flight. He offered me the control bar while he did the footwork on pedals to stabilize the machine. While I steered down the river valley, he pointed out the high voltage wires from the electrical grid that could cut an aircraft in half.

I taught Marines on Okinawa, many of whom served in the ongoing Vietnam War, and who wrote about their experiences in combat. At a base in northern Japan, I offered courses to Air Force intelligence specialists whose job was listening to Russian and Chinese military transmissions. On a flight in Thailand to reach another base, an engine on our C-130 had a broken oil pump and had to land. After hours of delay, the senior officer borrowed a pump from a group stationed there, Air America. Later I realized that was the CIA.

Then 1975 and war became real. The recent failure in Afghanistan brought those memories of the fall of Vietnam to the surface. As the Asian disaster unfolded, morale at the bases hit bottom, not unlike the recent Gallup poll about American expectations for a better future. Although I hadn’t thought much about American power, I assumed America would always be there to “secure the blessings of liberty for ourselves and our posterity,” to quote President Kennedy. If not for America, as it did in World War II and in Korea, who would lead the fight for a government of, by and for the people?

Now we had lost and were being pushed back. In Cambodia too, we supported the regime against communist rebels. At a base in southern Thailand, when the last helicopter with the last American soldiers supporting the Khmers, the Cambodians, landed, one American got off without his rifle. He told us he left it for his Cambodian counterpart. It was, he said, “the least I could do.” Later we found out that the Khmer Rouge killed several million of their own people, the infamous “killing fields.”

My home base was at Camp Zama, Japan, about 30 miles from Tokyo. I returned between semesters for meetings. Depressed about the present and doubtful about the future, I kept wondering, was America and its championing of democracy done? Can defeat teach, perhaps better than victory, how to come back stronger and with more resolve?

Now an American base, Zama was once the headquarters of the Japanese Imperial Army. On the base is the Emperor’s own bomb shelter, now marked by graffiti and neglect. This was his oft-repeated message when the nearly divine royal visited his soldiers: “Duty is as heavy as a mountain; death as light as a feather.”

I left the base one night to find a restaurant in the town of Zama. I noticed a pickup truck driving through the narrow streets, a Japanese man in back with a microphone making an impassioned and noisy appeal to shoppers and walkers. “What a racket,” I said to a Japanese friend. “What’s he saying?” The translation was, “Vote for me.”   ♦

Len Abram has been a Belmont, Mass. resident for more than 20 years. Along with reviews and articles, he has written three novels. His website is www.lenabram.com. In the latest style of listing preferred pronouns, you can use he/him/his — but “Hey you!” works too.

Should We Hold an Article V Convention?

FROM OUR PRINTED AUGUST 2021 EDITION Should We Hold an Article V Convention? by Hal Shurtleff Camp Constitution www.CampConstitution.com The Founding Fathers gave us two ways to amend the U.S. Read More…