Folks are still searching their memories and records for a time when a nativity scene was last displayed at the State House. 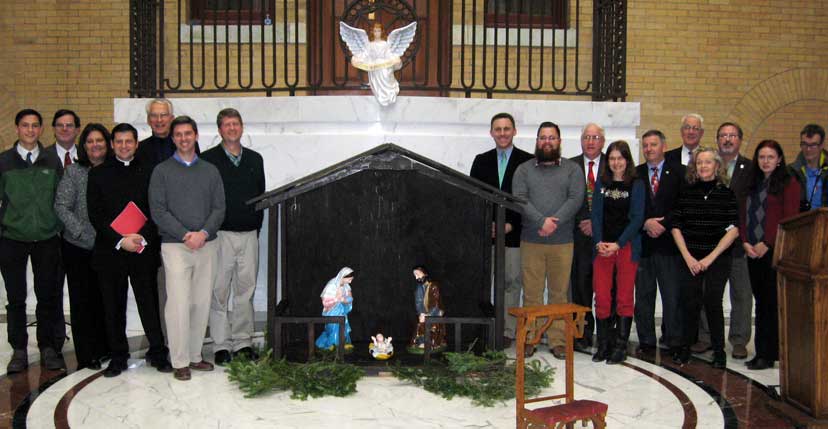 Rep. Lyons made his request for a display, and was rejected, and ignored. Finally, he contacted the Thomas Moore Society and between their letter and actions of other lawyers, he was granted permission to hold  the Merry Christmas celebration, featuring a nativity scene. “Jesus entered the world and love hope and joy was his message, and that’s what we want people to understand. That’s our message,” Rep. Lyons explained. 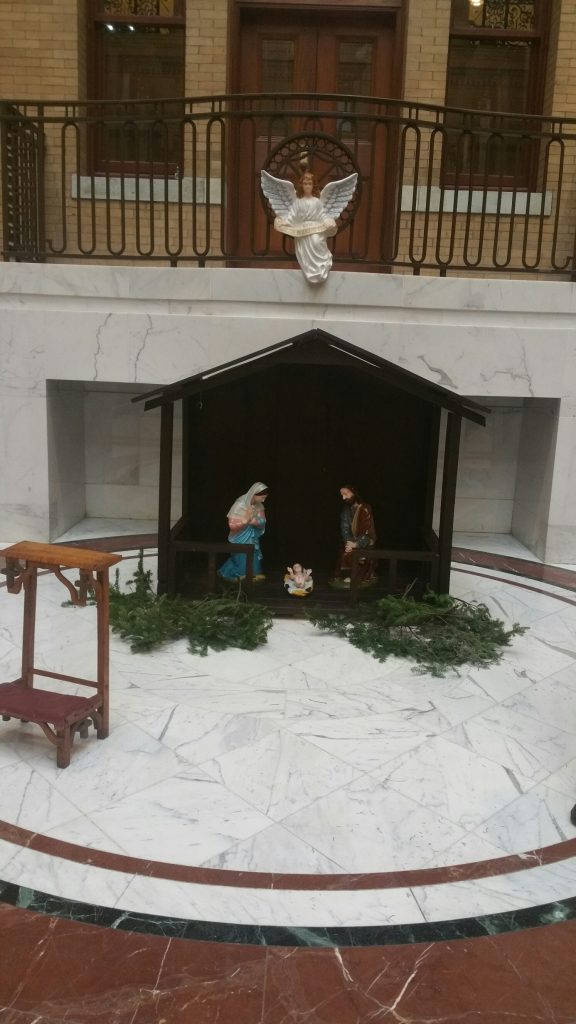 The reason for the season. 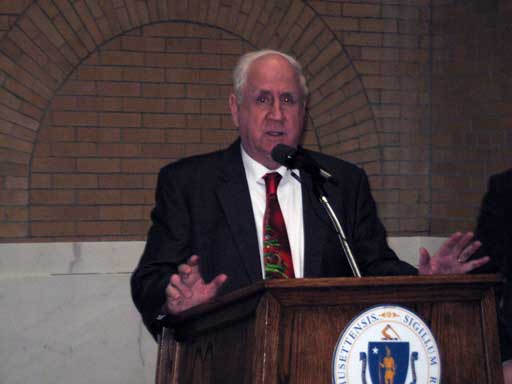 REPUBLICAN State Representative Jim Lyons donated his time, energies, and friendship to many, and brought together a scene that hopefully will grow ten-fold next year. 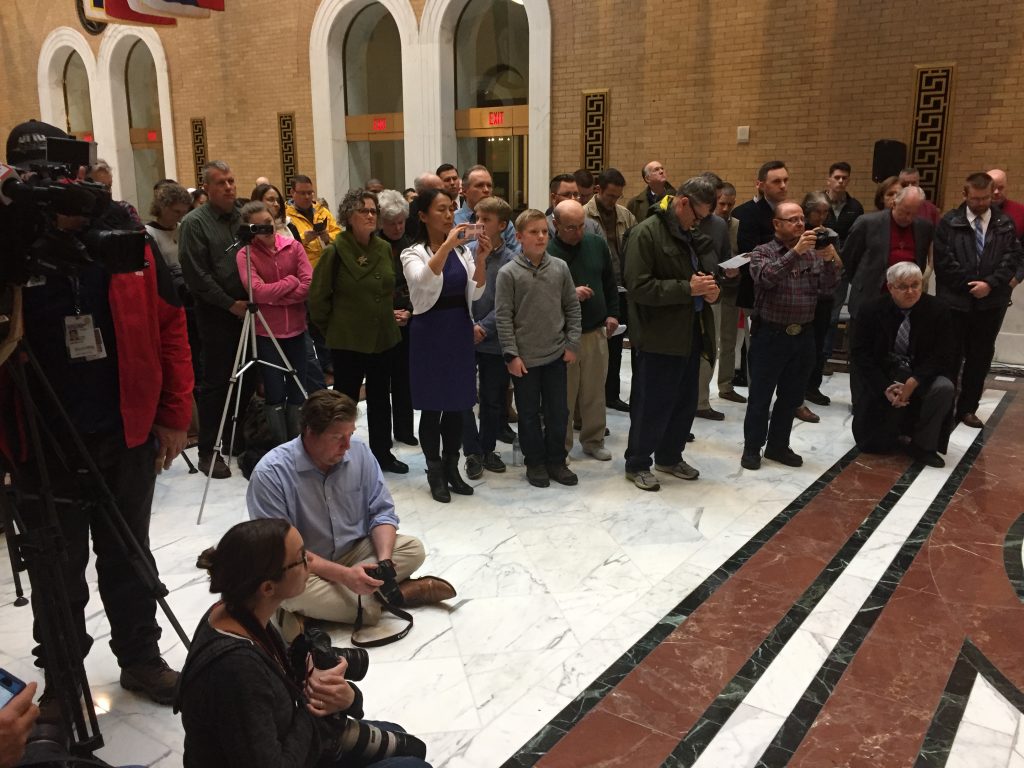 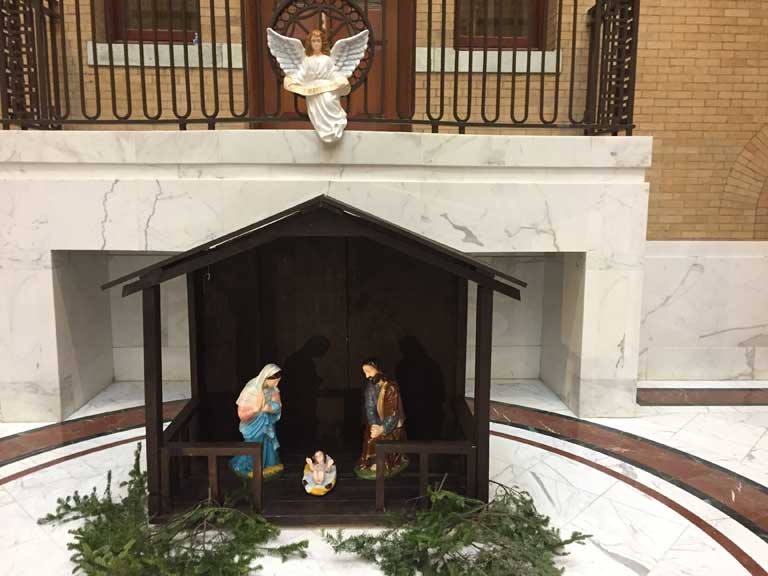 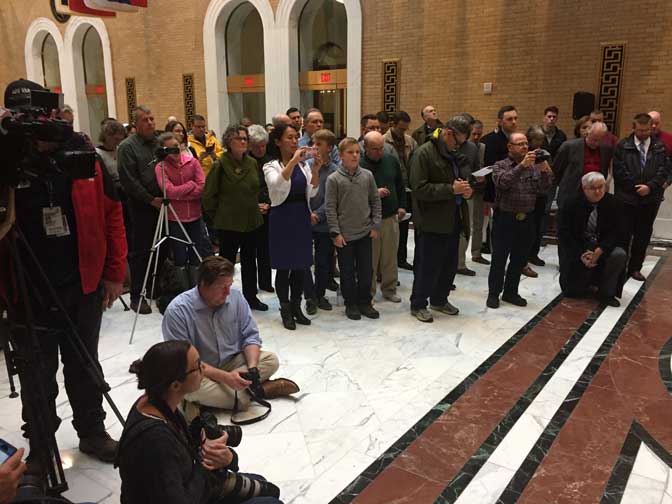 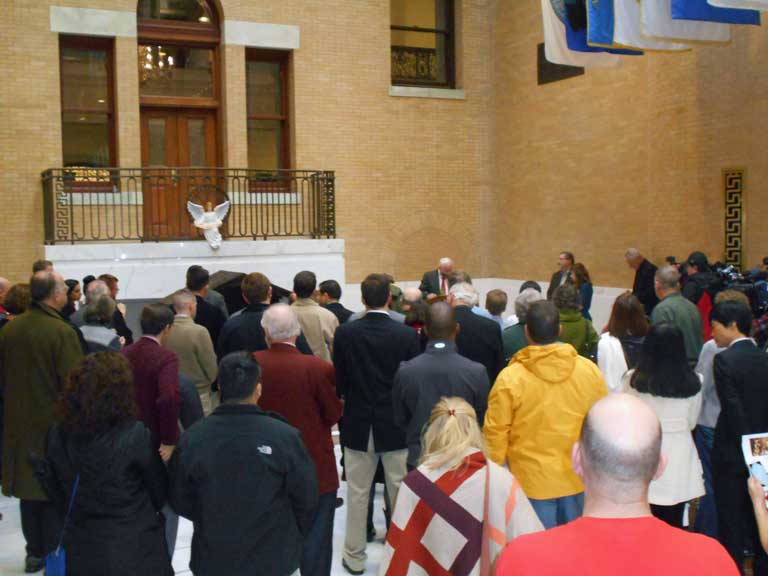 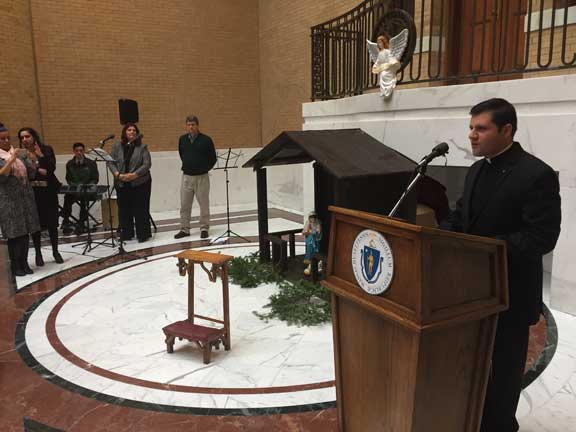 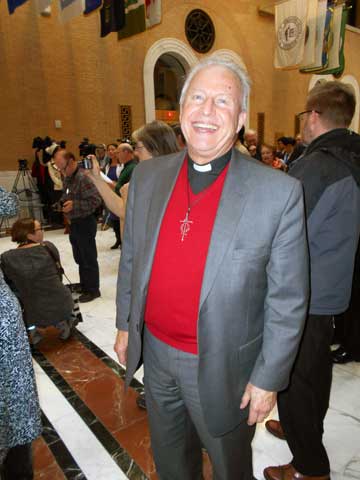 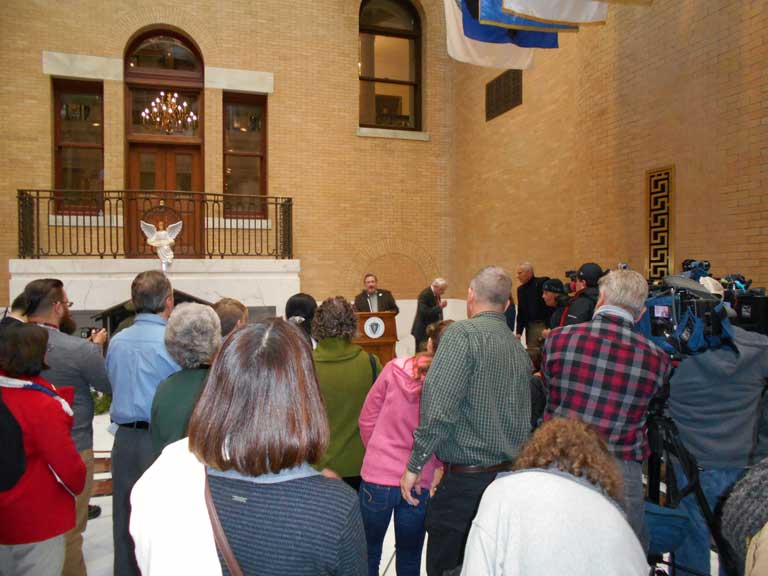 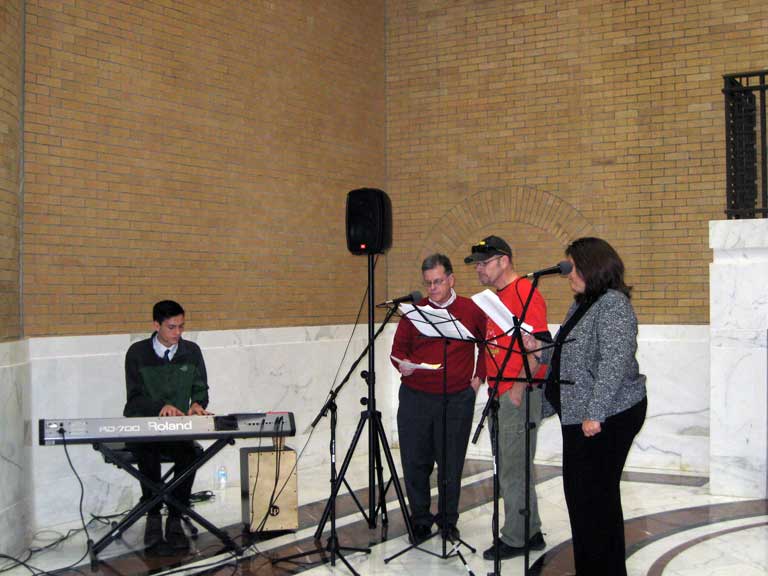 For those wondering: the non-Christian whackadoodles were interviewed extensively by local media and pledged that they will vigorously oppose any such Christmas celebration and nativity scene next year.

The whackjobs seem to forget or ignore other religious groups who display/celebrate at the State House.
See photo below.

Note: the sign in the photo proclaims Gov. Charlie Baker, his Lt.. Gov., as well as the stamp of approval of the House Speaker and Senate President, none of whom attended the Christmas event. 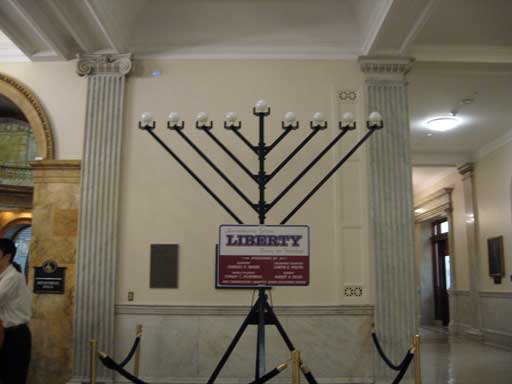 SquashHouseMediaPublished on Jun 14, 2018After years of being stonewalled, Jewish citizens of Newton, Mass. angrily confronted the Newton School Committee in a public meeting.Video of the event is below, thanks Read More…

Former Mass. Governor William Weld who is running an attack campaign for president against Republican Donald Trump got his hat handed to him live, just moments ago on 680AM WRKO. Read More…