DJ (David, Jr.) Ferguson did not choose to be put in the spotlight. But because he did his research, knows his rights, and chose not to take a COVID shot to get a heart, the 31 year-old from Milford, MA became the subject of hundreds of national and international stories, was trending on social media, and even recently garnered support from the truckers’ convoy. 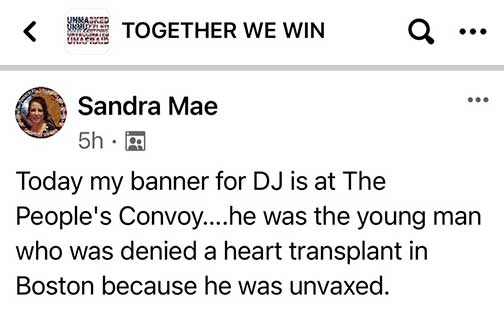 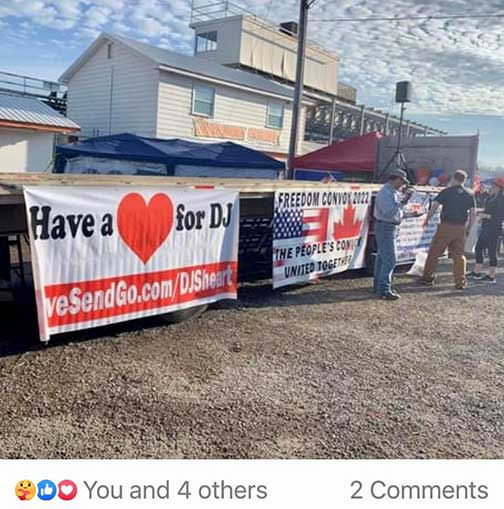 “He is just a man who needs to be given a chance to have his life back,” says Dave Ferguson, Sr., DJ’s 58-year old father from Mendon, MA. “If I could, I would give my son my own heart.”

But he can’t. The clock is ticking for both men, but at a much faster rate for the senior Ferguson who has end stage cancer. 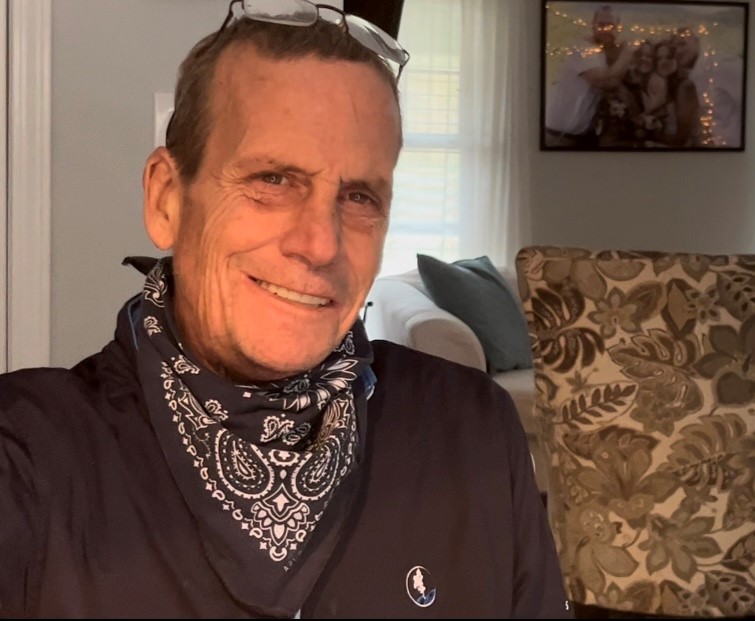 Dave Ferguson, Sr. hopes he lives to see the day his son DJ gets the heart he needs.

“Can one man’s heart change the world?” asks Dave, Sr. “I know that God sent his only son here a couple thousand years ago to walk amongst us and to show us how we can spend our time here in a spirit of love and peace. If we can follow a few guiding principles that our savior has recommended, we can exist in that tranquility.”

“My son DJ, and his need for a heart transplant is of such significance to our society, as a whole, that I am convinced this “one man’s heart can change the world” belief may serve to shed light on the dark circumstances enveloping the medical system right now.”  ~ David B. Ferguson, Sr.

His message to the haters who have directed ridicule and threats at his son and family because he won’t ‘just get the shot’: “Do unto others as you would have them do unto you.”

“That is the simplest message of them all. If we are able to do that, then one man’s heart can change the world!

“My hope is that the world sees my son for who he is, and his decision for what it is. He is a well-informed Patriot who knows that he has the right to choose what happens with his own body. He risked his life to stand up for that right, not just for himself, but for everyone’s freedom. I am concerned about him and his future,” confides his father. “And, my dying wish for my boy, is for people to show enduring love and support for him and his family long after I am gone.”

Prayers, Shares and contributions from all who have rallied to support him are all very helpful, welcome and much appreciated by DJ and his family. 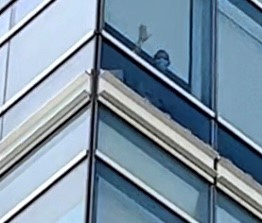 See family and friends cheer as DJ Ferguson looks out from his hospital room window during the recent “Have a Heart Rally” February 6th (his father’s birthday), at Brigham & Women’s Hospital, Boston. https://fb.watch/bT1dWXiGbV/

David B Ferguson, Jr. (DJ), a 31 year-old father of soon to be 3 children and small business owner with a deteriorated heart and a strong will to live, refused to succumb to pressure to take a COVID shot in order to receive a new heart. Through extensive research, he learned that the MRNA altering injection has caused injury, debilitation, or worse, sudden death. With an alarming increase of reports of young fathers like himself, and healthy athletes collapsing and/or dying after the shot, he is concerned about the impact it would have on his heart, which was functioning at a mere 15% ejection rate upon admittance to the hospital. Ferguson strongly believes that if he takes the shot, he will die. 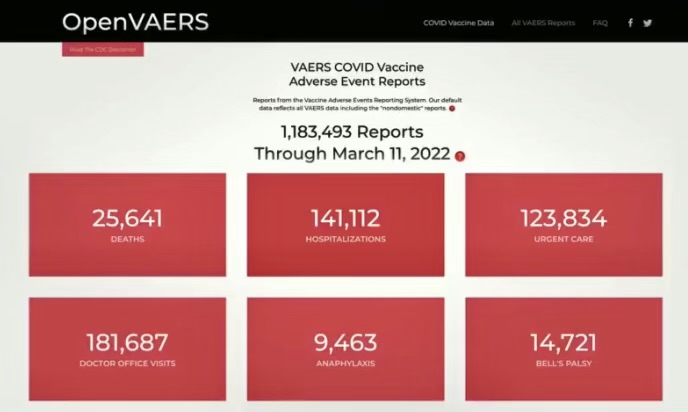 Recent Vaers reports show a dramatic increase in the numbers of adverse reactions over the last 6 months. It is estimated that only 1% are actually reported. 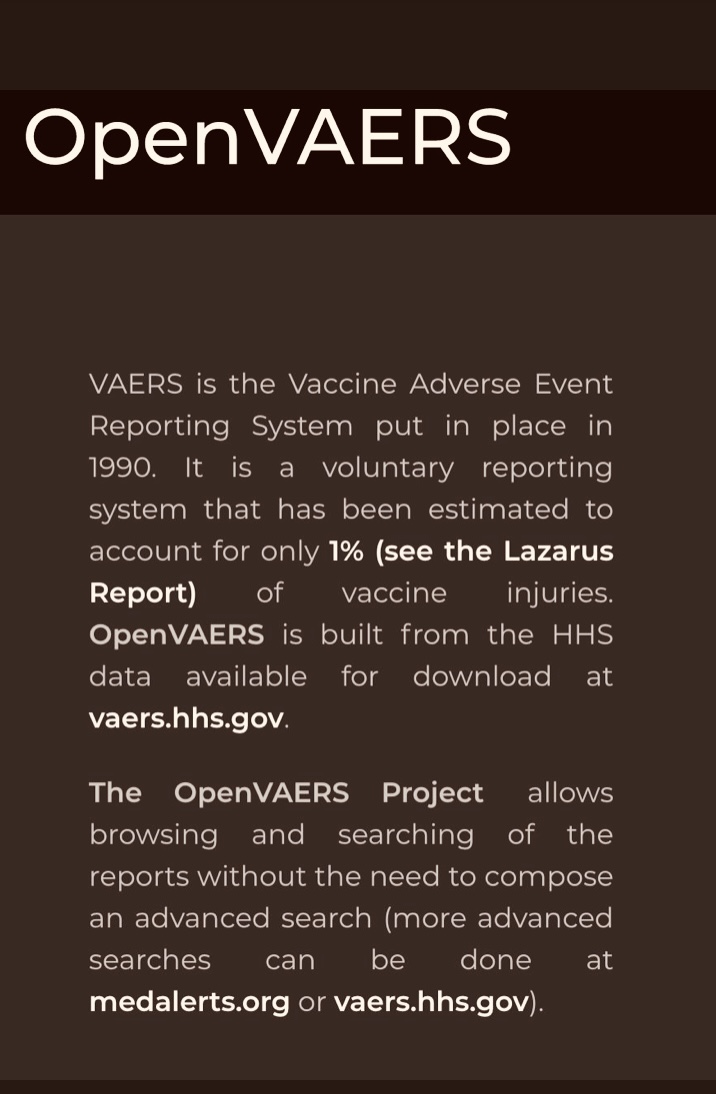 Already at high risk of the known side effects, DJ does not want to deliberately do something that is likely to cause the very issues he is hoping to alleviate by undergoing a heart transplant. Rather, DJ trusts that his own immune system would work even better for him than the experimental shot that Brigham & Women’s hospital is requiring for him to receive a heart.

This is the dilemma DJ is facing. But he has been granted a reprieve of sorts.

After he was evaluated, put through extensive testing and painful procedures, DJ was told that he was eligible for a heart transplant. At no time during the process was he informed that the lifesaving surgery was contingent upon him taking a final step that could possibly stop his already failing heart.

In accordance with the policy at Brigham & Women’s Hospital, DJ must have the COVID shot before “activating” his place in line for a heart. #NoJabNoHeartNoWay

Despite DJ being told by members of the transplant team that the shot was not medically necessary for the transplant, he was informed that it was hospital policy to require it. In a move that can only be construed as coercion, one of the cardiologists figuratively “held a heart over DJ’s head,” saying that if he got the shot that day (Friday), he “could” have a new heart by Monday. When he refused to play Russian Roulette with his life, his status was rendered inactive. He was dropped off the list!

B&W Hospital has made it clear that they put hospital policy over their patients, a clear conflict of their own mission statement to make “patient care their top priority” and to “not discriminate.” They went so far as to state that they would most likely reject the heart of an unvaccinated donor, extending their medical discrimination beyond death.

Has Brigham & Women’s Hospital’s Hippocratic Oath of “Do No Harm” become a hypocritical oath?

Why put a high risk patient in harm’s way with an experimental shot? Previous vaccines have been pulled after only a handful of a deaths. Despite upwards of 25,000 post COVID shot deaths, and injuries approaching 1,184,493 with a mere 1% of vaccine adverse reactions actually reported, still the relentless push for the controversial injection continues. Why? There has not been nearly enough time to learn the long term side effects, nor has the hospital been able to assure or prove to DJ that taking it will not kill him.

The hospital’s premise for insisting on taking the yet unproven shot is to prevent rejection, infection and virus. Wouldn’t it then follow that patients would require a vaccine against any and all possible viruses? How have all the pre-COVID transplants been successful without the shot that was issued for Emergency Use Authorization? And why is it still being required when there is no longer an emergency?

While mandates are being dropped why does the hospital remain rigid and not open to other alternatives? Why are COVID antibodies not being factored into this equation? DJ believes he has already had the virus, and he has requested that the hospital test him for the antibodies. If he has them, then he is at least, if not more protected by his own natural immunity than as he would be with the experimental treatment. As with his heart transplant, his request for the testing has been denied. Why?

DJ’s heart condition deteriorated to a point where he had to have a mechanical pump attached to his heart for it to continue pumping. On January 26th, he underwent the 8 hour LVAD open heart surgery, without the shot, and remarkably, everyone got through it just fine. He finally made it home 3 weeks later after 80 days in the hospital.

Pre and Post-Op DJ’s Have Heart Rally videos can be seen on the #WeThePeopleWeToo Facebook page: https://fb.watch/bT1dWXiGbV/ 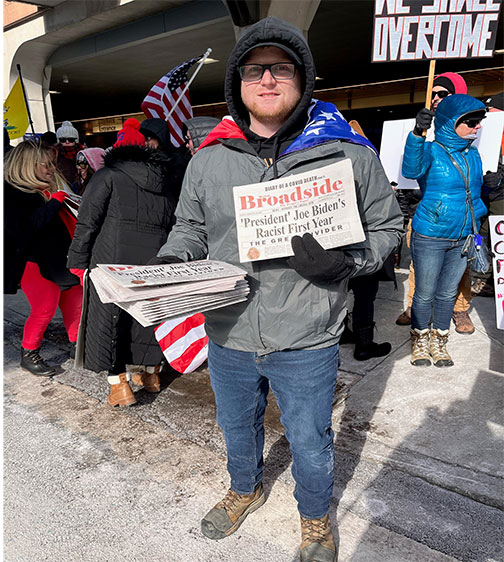 DJ’s brother Eric came up from North Carolina to support him along with other family members who came in from around the country. 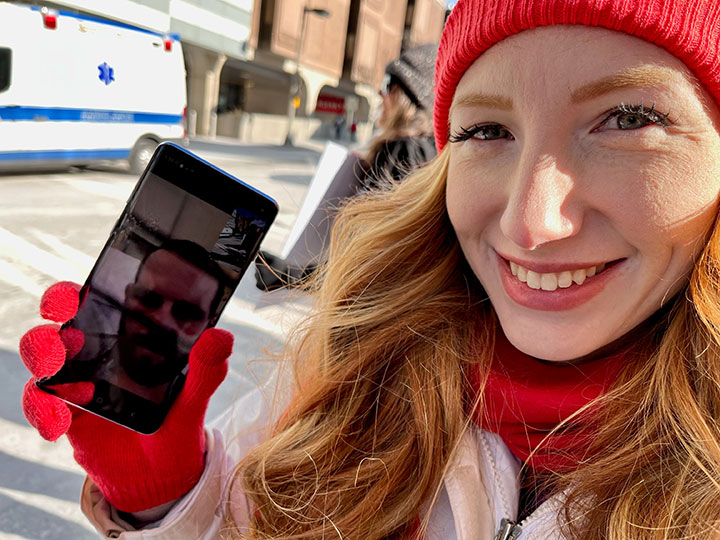 Heather Dawson FaceTimes DJ from his hospital room so he could “be” at the rally. 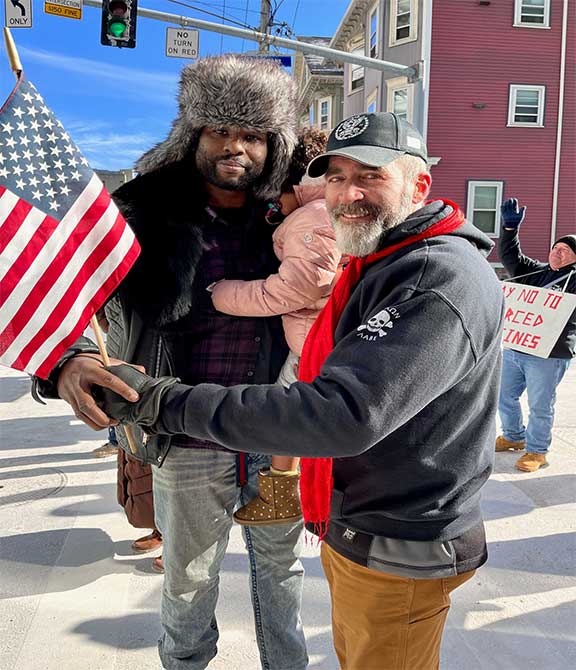 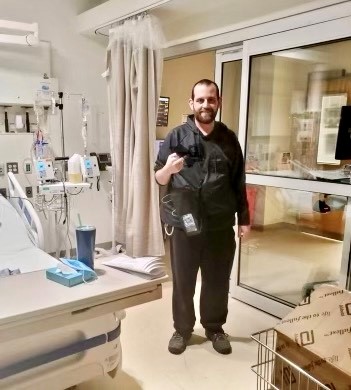 For the first time in 80 days, DJ donned street clothes, was released from the hospital, reunited with his children (who he only saw once during his hospitalization), and is recovering at home. The pump will enable DJ to explore other options, such as traveling to a facility that will accept natural anti-bodies in lieu of the jab, or, “recommends” rather than “requires” the shot to get a new heart. 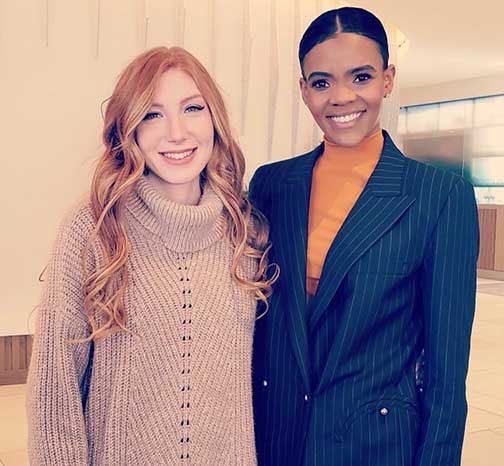 DJ’s partner, Heather Dawson, who is expecting their 3rd child at the end of May, with Candace Owens in Boston for a recent Daily Wire interview.

Candace Owens flew to Boston in February to spend an afternoon with the family and interview DJ in his hospital room. Of the dozens of interviews, #Candace is the only journalist who took the time to let out the seams on this compelling story and to accurately tell it. See promo here: https://rumble.com/vzp17z-candace-owens-exclusive-interview-with-dj-ferguson.html

In addition, Owens shared a heartbreaking story as told by Marci Gallagher, of her best friend, Patrick Hall, a 42 year old from New Hampshire who was a heart transplant patient at Tufts in Boston last summer. Patrick had the same heart condition as DJ, but with higher ejection rate, 25% vs DJ’s 15%. He gave in to pressure at Tufts to take the shot, was unconscious within hours, placed on life support and died within days. See an excerpt from Candace’s conversation with Marci here: https://rumble.com/vzp1nj-candace-owens-exclusive-on-heart-transplant-stories.html

The full interview is viewable on https://www.dailywire.com/  and can be heard here: https://podcasts.podinstall.com/daily-wire-candace/202202091300-candace-investigates-man-denied-heart-transplant-because-vax.html

Candace has pledged to help DJ find a heart. With mandates being dropped and restrictions lifted, there should be more options available soon. DJ welcomes all suggestions.

DJ’s parents are at the ready to safely transport him and his family to where he needs to go to receive a new heart. Dave Senior hopes that he will live to see the day that finally happens.

Please help DJ and his family with the mounting costs they continue to incur as they deal with this devastating, life altering ordeal.  https://givesendgo.com/DJsHeart

It’s not over! Massachusetts Marches for Medical Freedom Saturday

It’s not over! Massachusetts Marches for Medical Freedom Saturday   Boston, MA – The people of MA are tired of medical authoritarianism dished out by their elected officials. Masks may be Read More…

You can read the Department of Labor, Occupational Safety and Health Administration COVID-19 Vaccination and Testing; Emergency Temporary Standard  at https://www.federalregister.gov/documents/2021/11/05/2021-23643/covid-19-vaccination-and-testing-emergency-temporary-standard YOU HAVE LESS THAN 30 DAYS TO REGISTER A Read More…