Subscribers received the May edition of NEWS-WITHOUT THE LIBERAL SPIN this past week, and the paper continues to find its way into stores. 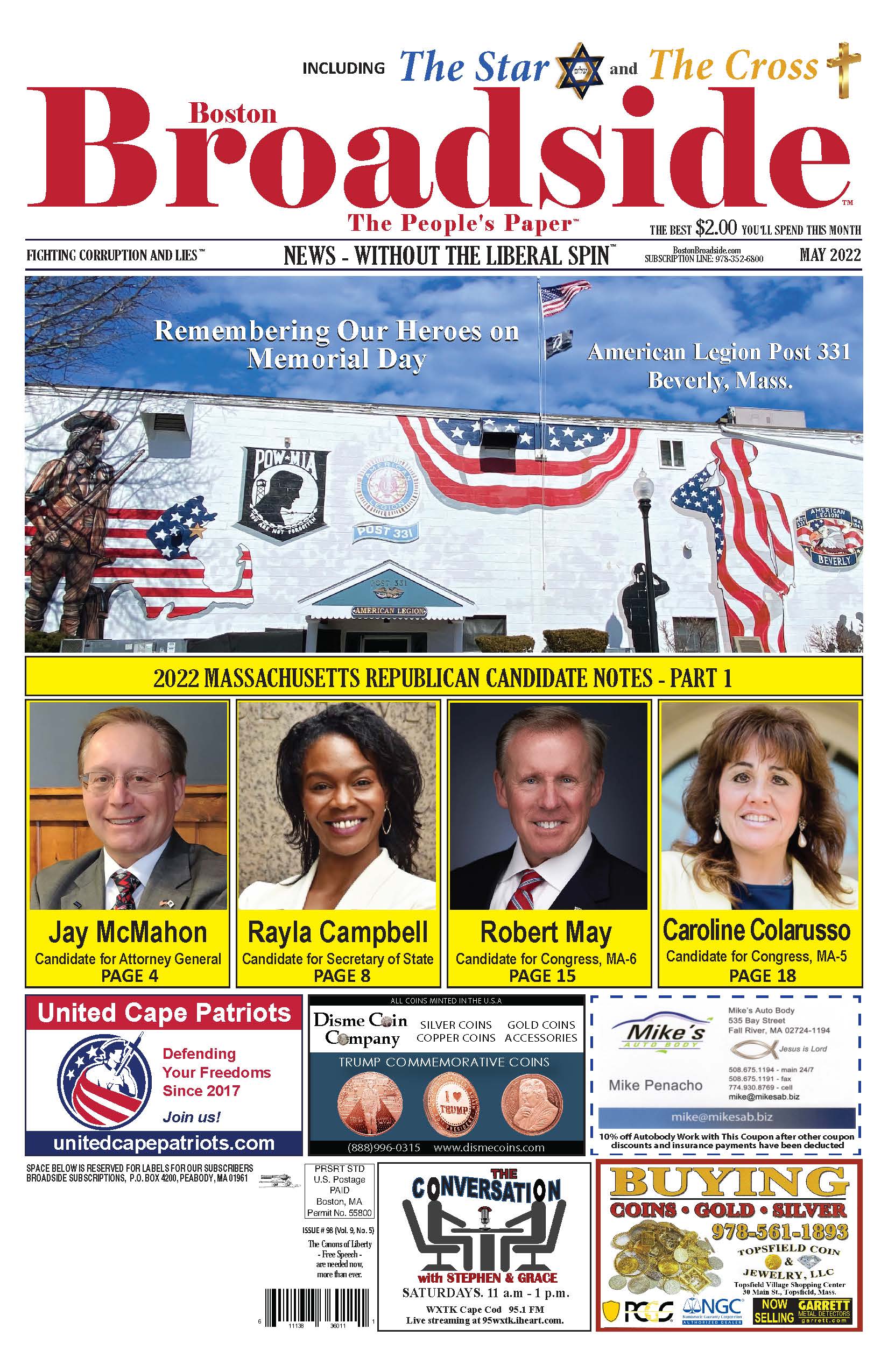 Our May edition includes articles from several candidates, several lawyers, and MANY local and nationally syndicated writes. That’s what makes this “The People’s Paper” – we print what other papers don’t care to print, or don’t dare to print

A few stories from our MARCH 2022 printed edition: DEAN TRAN SETS SIGHTS ON CONGRESS by Dennis Galvin FREE SPEECH ON THE INTERNET IN 2022 by Jeffrey A. Freeman BODY Read More…

– February 1, 2021 – The FEBRUARY EDITION of the Broadside was mailed out on Saturday. It’s beginning to appear in hundreds of stores for sale, and later this week Read More…

ISOLATE, MEDICATE, LIQUIDATE: How to Fleece a Senior

Warning to Seniors: Rich or Poor, You’re Worth a LOT to Lawyers, Courts, and Service Agencies! by Lonnie Brennan It started out simply: a retired Boxford lawyer, Marvin Siegel, got Read More…