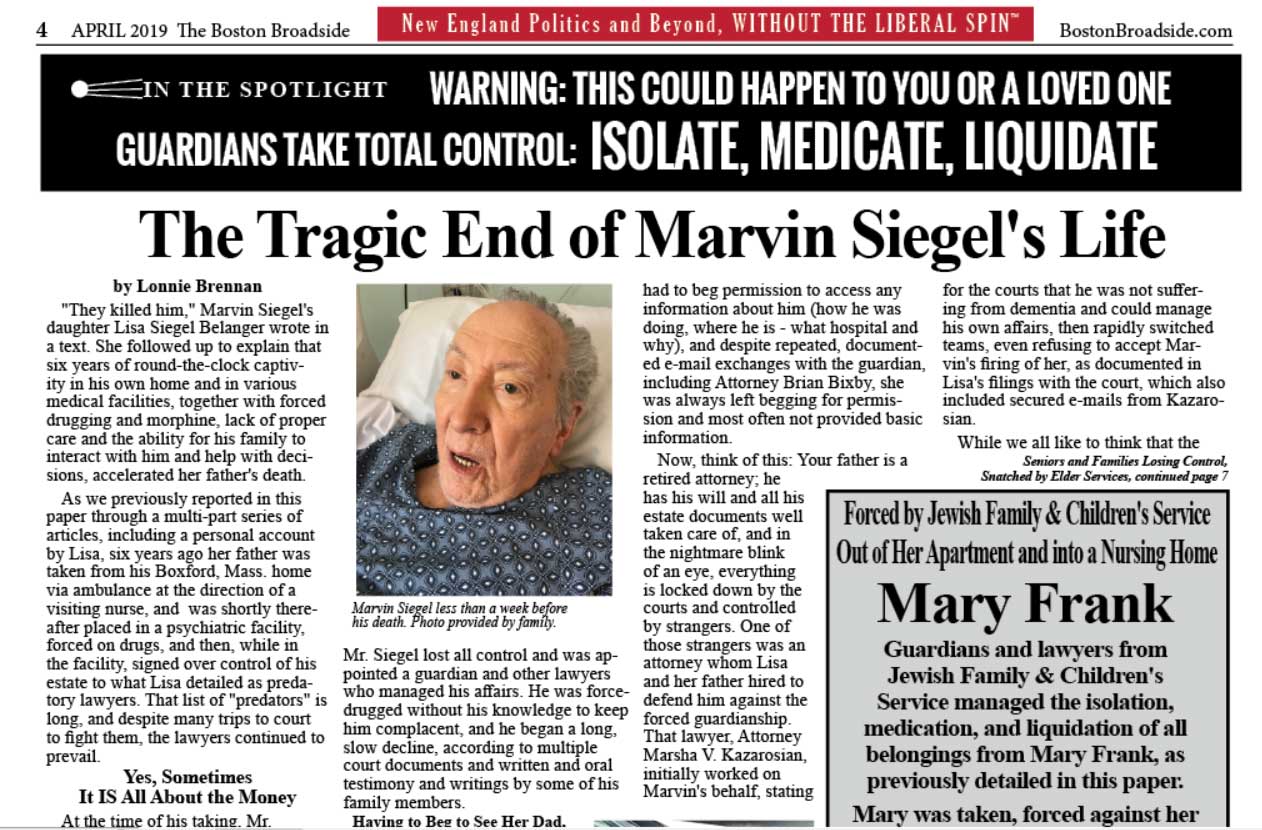 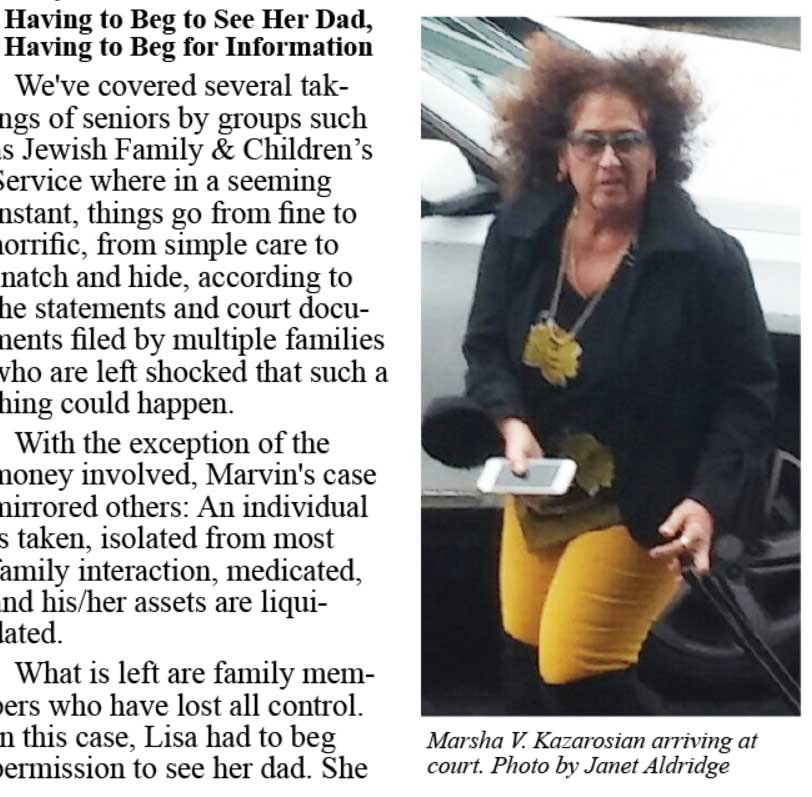 Warning to Seniors: Rich or Poor, You’re Worth a LOT to Lawyers, Courts, and Service Agencies!   by Lonnie Brennan In our prior edition, we briefly outlined how retired Boxford Read More…

Gov. Baker’s Appointee, Atty. Marsha Kazarosian, Moves in for the Kill ‘to Protect her $$$ Source’

68 Year Old – Ripped from Newton, Mass. Condo. on Yet Another Judge Maureen Monks Probate Court Order –  Now on Life Support by Lonnie Brennan Our view outside the Read More…