State Representative Sheila Harrington is a Republican in one of the most conservative districts in our state legislature. But her voting record indicates she’s anything but. She’s been deceiving the voters, and deserves to be challenged by a true conservative to hold her accountable.

First, let’s take the 2nd amendment, the one that safeguards all of our liberties. During the important debate and passage of Deleo’s gun grab bill in 2014, Rep. Harrington was absent, missing all the votes when her colleagues stood up against the Democrats’ tyranny. Then, last fall, she joined with the Democrats to hastily push through a bill to ban bump-stocks with no recourse or compensation, criminalizing those law-abiding gun owners with little debate.

Then, it happened again, when Harrington voted in favor of the Bathroom and Locker room law, which opens a wide door for individuals to abuse the protections given to inappropriately invade intimate public spaces like bathrooms, locker rooms, dressing rooms, and showers.  This law enables sexual predators. If men are granted special protections when they enter women’s locker rooms, what prevents a child predator from legally awaiting his prey in places where they are most vulnerable?

Even measures to protect our police against phony charges or to exempt sex offenders from these special rights were defeated in the legislature—yet Harrington still voted for it. So if a police officer, concerned business owner, or father tries to stop a sex offender from entering the locker room at the gym, HE will be the one prosecuted as violating the sex offender’s “civil right” to use the women’s locker room, thanks to Rep. Harrington. 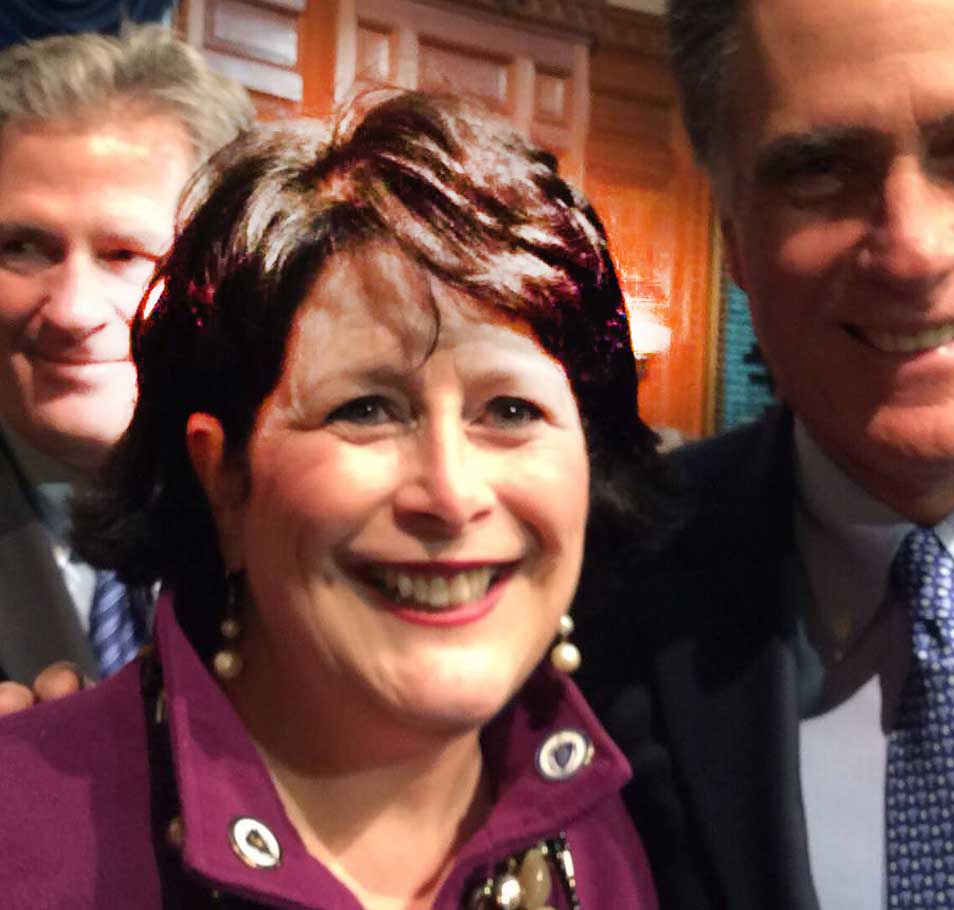 Placing Illegals Ahead of Americans

Then, during the most recent budget debate, Harrington voted against an amendment sponsored by her fellow Republicans to require public housing recipients provide a social security number or (other proof of legal residency) in order to receive taxpayer paid for public housing. She was one of only two Republicans to oppose the measure and stand with illegal immigrants looking to live in taxpayer-funded housing. The other Republican supporting the measure became Unenrolled and left the Republican Party shortly thereafter.

Placing the “State” Above Parents’ Rights

Republicans who were involved in freeing Justina Pelletier from the custody of the state and returning her to her loving parents filed an amendment to the budget to try and prevent such a situation from ever happening again. Their amendment would’ve simply stated that in cases where parents were given two conflicting diagnoses for their child, they would not be persecuted for choosing what they thought was best.  If passed, the amendment would have affirmed the principle that parents have the right to decide the best medical treatment for their child, and that parents may do so without the threat of being unjustly charged with neglect and abuse.

This amendment simply proposed that decisions made by parents related to their child’s health, when based upon the recommendation of a licensed medical or mental health professional, cannot be overruled. Parents, in coordination with their health care professional, will be the final judge of what is best for their child. Again, Rep. Harrington was one of only a few Republicans voting no, standing against parents who just want to safeguard their children.

She also voted to force all health insurance companies in MA to provide 100% “free” birth control—but we all know there’s no such thing as free, meaning its paid for by other insurance recipients. It’s not enough for birth control to be widely available, Sheila Harrington insists that those morally opposed to it subsidize it.

Finally, Rep. Harrington also co-sponsored a very radical piece of legislation known as the Catholic Counseling Ban. The Counseling ban is a dangerous bill (HB 4014) that criminalizes a Catholic/Christian understanding of gender theory, and Catholic counseling.

HB 4014 targets parents simply trying to assist their gender confused children by requiring that any counseling they receive affirm liberal gender ideology and sex changes. It states that if a parent sends a child to counseling that disagrees with liberal ideology (like the teachings of the Catholic Church do), the counseling will be labeled as child abuse and the Department of Children and Families can take the child away.

Unlike similar bills passed in other states, this legislation takes it one step further to label engaging any counseling that is not affirming of gender identity ideology as child abuse. Section 2 of this bill mandates that if a parent brings a child for counseling to feel comfortable in his or her own body, that the parent be reported to the Department of Children and Families so the child can be taken away.

Millions of Massachusetts parents do not believe a child can change his or her gender, nor do they believe the child should be allowed to obtain hormone therapy or a sex change without parental permission. This bill allows the state to label those parents abusers, take those children from their parents, and start the children on a path to a “sex change” which cannot solve their emotional issues, but will result in permanent sterilization.

Could there be a more authoritarian piece of legislation than one that directs the state to persecute caring parents for believing that gender is biological fact?

When she first ran for office in 2010, Harrington ran as a conservative, pro-gun, pro-family, pro-life Catholic, but has proven at every turn, during every vote, to reject that perspective, and betray those who supported her. She deliberately lied to the people to win in a contested Republican Party primary, hiding her liberal views. But she cannot hide from her voting record, and deserves to face a Republican primary or a common sense Democrat as she seeks re-election.