John Kingston, non-Republican candidate for U.S. Senate, has more explaining to do.  Boston Broadside has obtained information that Kingston funded the PAC that worked to stop the appointment of Neil Gorsuch to the Supreme Court.

On the day that Donald Trump was elected our President, Kingston donated $25,000 to the Stand Up America PAC.  The group was officially launched on the day of the election.  Hence, Kingston funded their start up.  What has this PAC been doing with Kingston’s funding?

This is the same agenda as Elizabeth Warren. 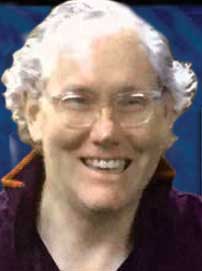 Kingston has attempted to fool convention delegates that he supports President Trump, but nothing could be further from the truth.  Kingston has much problem with the truth as Hillary Clinton, who he spent $1 million to help elect.  As you may recall, Kingston funded the effort to cost Trump the electoral college votes in Utah to give the election to Hillary Clinton.

Kingston ripped up his voter registration card when Trump won the primary.

If Kingston had his way, Hillary Clinton would be president.

Even with Trump in office, Kingston’s efforts to undermine our President have not stopped.  Stand Up America has worked against the Trump agenda that has given us the tax cut, repealed so many of Obama’s executive orders, and roll back Obamacare.

With so much evidence that Kingston supported Clinton, delegates needs to ask themselves why is Kingston running as a Republican?  Is he trying to help Elizabeth Warren?

Just a few photos of the event held Thursday, May 24 outside the courthouse in Salem, Mass. See other postings for details on the judge… Details to follow in the Read More…