WOBURN — Democrats controlling Beacon Hill voted Wednesday afternoon inside a locked-down State House to pass a law allowing individuals who illegally entered the country with the ability to apply for Massachusetts driver’s licenses.

Massachusetts Republican Party Chairman Jim Lyons said the law, once enacted, will only encourage more illegal border crossings, adding to the record influx witnessed in 2021 and 2022.

“The idea that individuals can cut in line and illegally enter the United States of America, then be rewarded with the privilege of obtaining a Massachusetts driver’s license, shows yet again just how far left the state Legislature has become,” Lyons said. “This new law will only serve to encourage more illegal immigration and make the problem much worse.”

Democrats also predictably squashed an amendment that would require the Registry of Motor Vehicles to provide identifying information to cities and town clerks “seeking to verify the identity and eligibility of any individual using a Massachusetts license to vote or to register to vote.”

All but eight Democrats voted in favor of the new law. Republicans voted unanimously in opposition, but the roll call vote passed (see below) with a veto-proof majority and now heads to the state Senate. Independent Susannah Whipps of Athol cast a vote in support. [Editor’s Note: Whipps ran and got elected as a Republican in her district, then flipped to “independent” and has been voting with the Democrats ever since.] 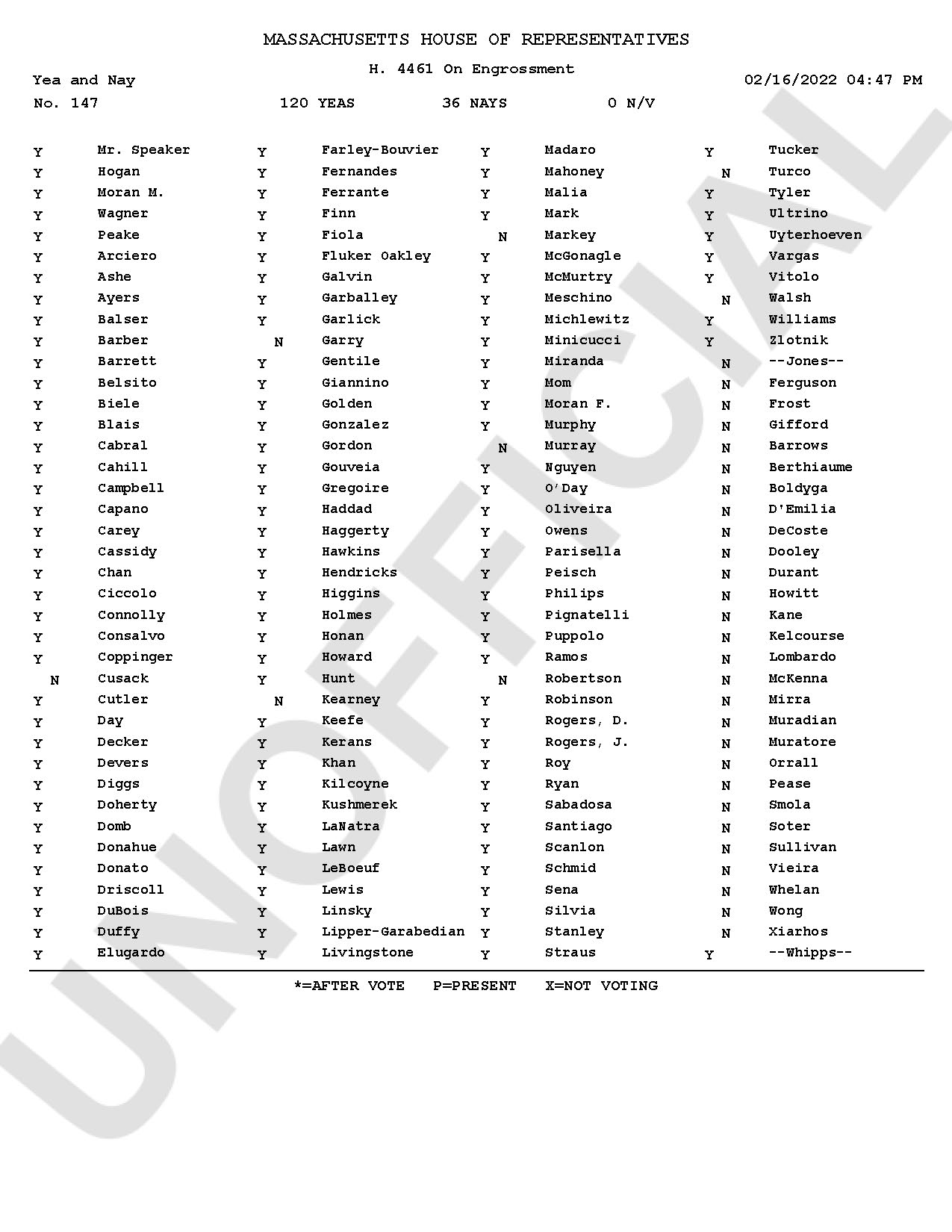 Lyons said the MassGOP will work to ensure that every single voter living in districts represented by Democrats who supported the new law will be reminded repeatedly between now and Election Day in November.

“Every radical leftist who voted to pass this atrocious legislation is now officially on record as a supporter of lawless illegal immigration,” Lyons said. “To put the priorities of individuals who enter our country illegally above those of American citizens shows just how much contempt the Democrats have for America.

“Fortunately, voters are watching. I believe they’ve had enough and will act appropriately nine months from now.”

Trump & Back Our Blue – Week 8 at Bourne Bridge Rotary

United Cape Patriots sponsored a Trump & Back Our Blue Standout Saturday 6/6 at the Bourne Bridge Rotary. The group’s founder Adam Lange of Brewster was humbled by the gratitude Read More…

Drop Spot PMA Push Back Against the State- Massachusetts Private Ministry Stands for Freedom   Compiled by COMFLM, with Samantha Muise BRIDGEWATER, MA – The Drop Spot in Bridgewater was Read More…

3 Replies to “Mass. House Democrats Vote to Give Driver Licenses to Illegals”