FEB 18, 2022
Chock up a win for local Attorney Richard C. Chambers, Jr.
Today he filed a federal lawsuit against “Mayor Michell Wu of the City of Boston, in her Official and Personal Capacities.” The mayor caved and lifted the unlawful forced vaccination card mandate five hours after this action.

Chambers had previously (10 days ago) petitioned the mayor in a letter, urging her to work within the law. She failed to take action until personally faced with Chambers’ federal civil lawsuit.  His much-publicized lawsuit was filed at 2:00 p.m today, and Mayor Wu caved at 7:00 p.m.
It Only Took Five Hours.
It only took five hours for the novice mayor who has repeatedly made misguided steps to lift her mandate. Wu is learning that harassment of police officers, teachers, and first line responders with unlawful mandates and the general harassment of businesses and taxpayers does not come without political and potentially fiscal problems. Wu was cited personally and in her capacity of mayor, along with Boston’s Public Health Commission Executive Director Dr. Bisola Ojikutu, M.D., MPH “in her Official and Personal Capacities.”
In the lawsuit, Chambers details the the constitutional rights which have deprived of his clients.
The Broadside will include more details in the upcoming printed edition.
CLICK BELOW TO VIEW THE ENTIRE CASE FILING WHICH WAS TRIGGERED THE SUMMONS.
1:22-cv-10285-AK Cottone et al v. Boston Public Health Commission et al
Angel Kelley, presiding
Date filed: 02/18/2022
Date of last filing: 02/18/2022 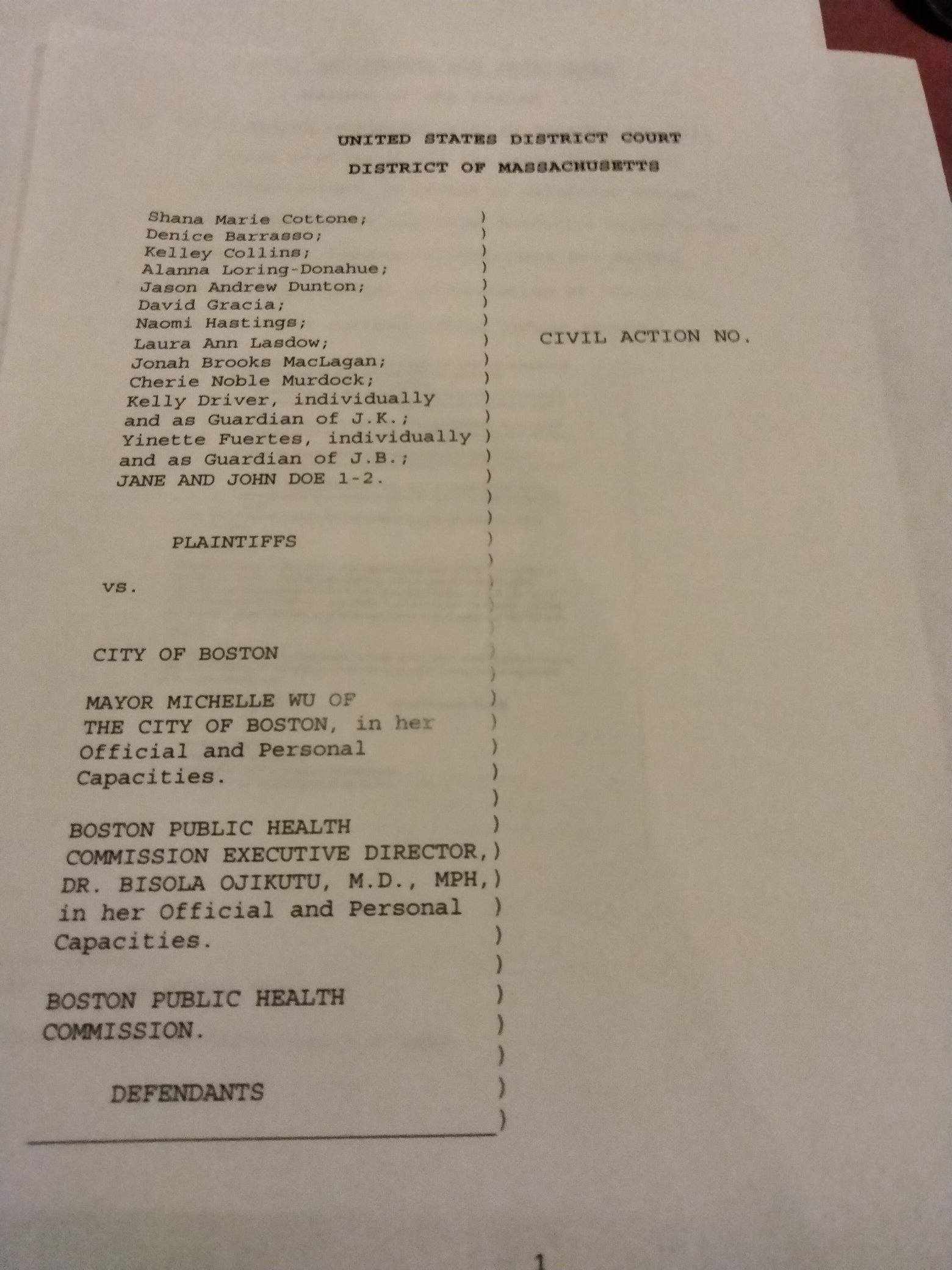 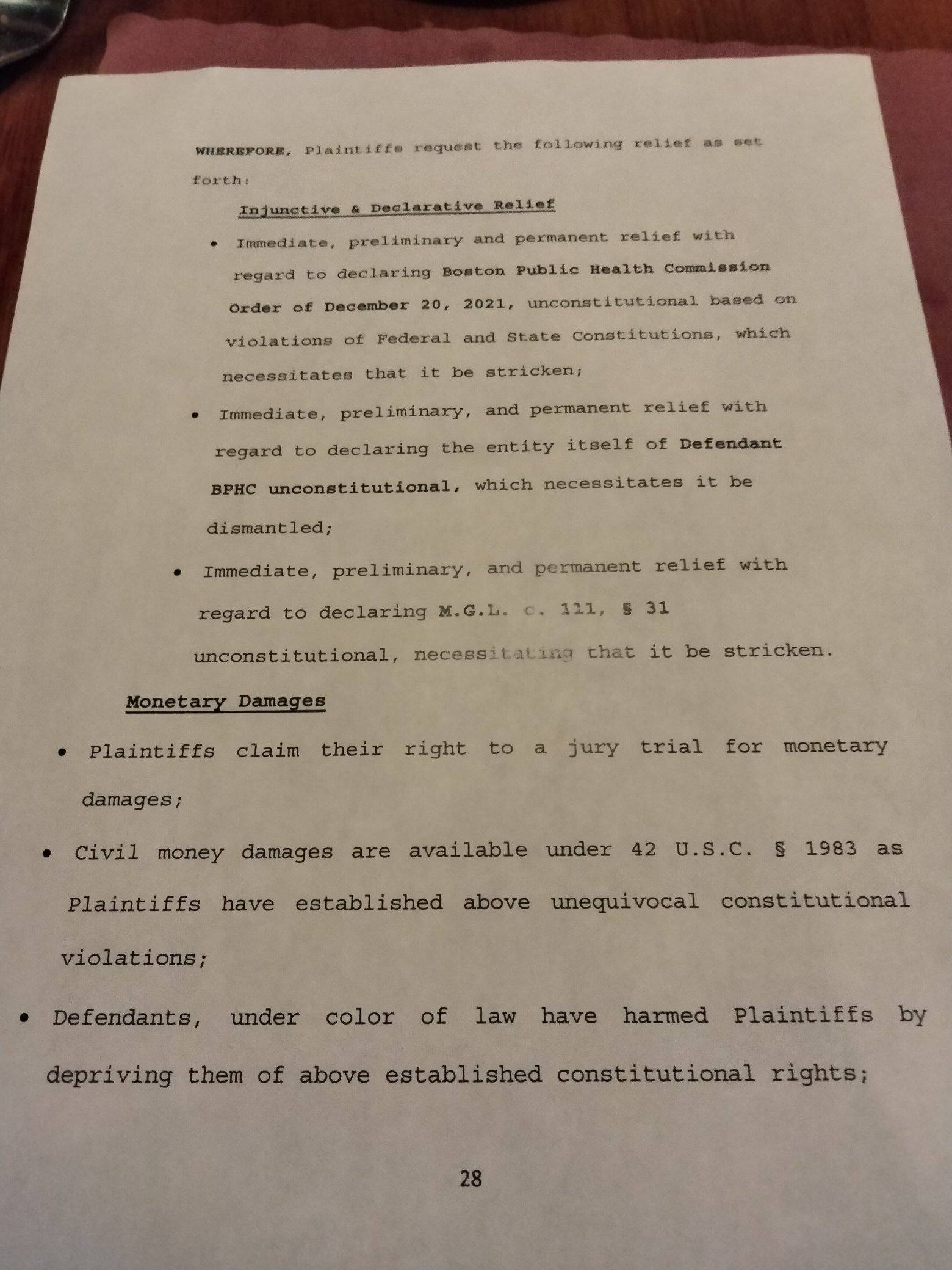 No Vaccine Mandate for Iowa – Regardless of Joe Biden

CATHOLIC SCHOOL PARENTS ORGANIZE TO OPPOSE MANDATES CATHOLIC ACTION LEAGUE The imposition of mask mandates in Catholic schools, along with discriminatory restrictions inflicted on students because of their vaccination status, is Read More…