Opinion: Could You Be Having a ‘Smash-and-Grab’ Christmas? 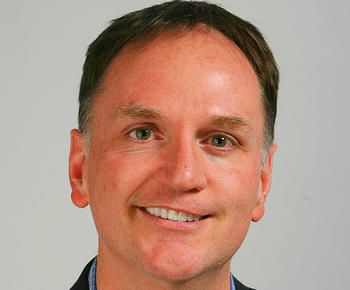 The videos are shocking: Gangs of criminals swarming into high-end stores like Nordstrom and Louis Vitton and brazenly walking out with thousands of dollars in jewelry, handbags, and luxury goods. It’s all caught on videotape, and often under the watching eyes of store security.

Even more shocking? The person behind that crime could be — you.
Many Americans have been horrified by the surge of “smash and grab” robberies, blaming it on lax laws or local prosecutors who have announced they’re not pressing charges in shoplifting cases. But experts on crime, counterfeiting, and illicit trade say the current surge is being fed by consumer demand.
Jay Kennedy is the assistant director of research for the Center for Anti-Counterfeiting and Product Protection at Michigan State University, and he says the spike in these thefts is a “supply-side” issue. Criminals are meeting customer demand.

“These organized groups are working at the behest of other actors who say, ‘Hey, here’s a list of products. Go in and grab these things.’ And then they wind up being sold through normal e-commerce platforms,” Kennedy said. Those products can range from high-end jewelry to fashion handbags to prescription drugs, being sold to unsuspecting shoppers across the U.S.

Kennedy was a panelist at the recent “United to Safeguard America from Illegal Trade” (USA-IT) summit in Washington, DC. Leaders from both law enforcement and targeted industries came together to exchange intel on how to fight back against illicit trade and the reach it now has across the U.S. economy.
And while the COVID-19 pandemic may have exacerbated the problem, it didn’t start with the virus.

“Organized retail crimes increased at least 60 percent in the last five years, according to the National Retail Federation,” said Rob Karr of the Illinois Retail Merchants Association, who also participated in the USA-IT summit.
Thanks to the popularity and ease of internet shopping, that reach in stolen and counterfeit goods goes right to your laptop.

From cargo ship thefts (a single container can hold 400 flat-screen TVs or 2,400 boxes of sneakers) to local smash-and-grab robberies, to counterfeit goods from international criminal gangs, the products are being bought and sold online every day.

Gangs that are profiting from the “victimless crime” of selling illicit goods are often the same criminal element behind gun violence in Chicago or human trafficking in Central America.

For decades, criminal gangs have been selling counterfeit goods as part of the black market economy that, in 2019 alone, “robbed the U.S. economy of $131 billion and 325,500 jobs,” according to USA-IT. In the past, the chokepoint for stolen or counterfeit goods was distribution: What do you do with the valuables after you steal them? How do you turn them into cash?

The internet has solved that problem, making it possible for criminals to use websites like Amazon, eBay, and Etsy as an “electronic fence” to move their stolen goods right to buyers. It’s also helped criminals in the illicit trade business, who focused on products like cigarettes, distilled spirits, and illegal drugs move into more mainstream parts of the economy.

“The problem is, these are legitimate goods. It’s not like it’s a counterfeit that can be identified as a counterfeit by the online retailer and taken down,” Kennedy said. “Stolen goods can be re-sold as legitimate and this lets the re-seller fly under the radar.”

Law enforcement sources confirm Kennedy’s analysis. Organized crime gangs are behind the rash of ‘smash-and-grab’ robberies of luxury stores in California and Illinois. Ben Dugan, president of the Coalition of Law Enforcement and Retail, said the gangs are recruiting people for between $500 and $1,000 to steal specific merchandise from stores and then sell it online.

When COVID-19 sent a generation of older Americans home from the mall to shop on their laptops, the criminals were ready to take advantage of their lack of online savvy. However, according to law enforcement experts at the USA-IT summit, illicit trade on the web has become so sophisticated, even experienced online shoppers could be buying stolen or counterfeit Christmas gifts this year and not even know it.
“At a recent event for the anti-counterfeiting center at MSU, we gave away branded promotional items,” Kennedy confessed. “One of our partners came up to us and said, ‘Hey, our logo is on this. We didn’t manufacture this.’ It was a fake.”
Because the problem is so widespread and overlaps so much, Hernan Albamonte of Phillip Morris International says the issues of stolen goods and counterfeit goods shouldn’t be treated as separate issues. It’s the same gangs and the same distribution networks, with the profits funding the same crime, violence, and terrorism.
“We need a national strategy against illicit trade and organized crime, we need a coordinated effort,” Albamonte said during the USA-IT summit. That means both law enforcement from governments — he calls the U.S. “the gold standard” for enforcement efforts — and private companies like his working together.
“At Philip Morris International, we’ve been fighting illicit trade for more than 20 years. We have a global team of 80 professionals around the world just fighting against criminal organizations and terrorist groups who are financing their activities through illicit trade,” Albamonte said.

The biggest challenge at the moment, these experts agreed, is the consumer demand side. Choked supply chains, more online shopping, and the attitude among some consumers that buying a bogus or “hot” product or two is no big deal — have all combined to make criminals very rich.

“People who buy the knockoff bag or the stolen sneakers say, ‘What’s the big deal?’ Well, you don’t know where your money is going,” Kennedy said. “It could be going to fund human trafficking, or drug smuggling or other transnational criminal organizations.”

The solutions? One is to convince average shoppers not to be part of the problem, to pass up the “too good to be true” online offer for the sake of both the victims of crime and the legitimate businesses being hurt by the trade.

The other, according to Albamonte, is enforcement. “Right now, these crimes are ‘low risk, high reward.’ We need to change that. We need to make this business less attractive for criminals, and the way to do that is to seek prosecution and stringent penalties.
“Because otherwise, this business will continue to be extremely profitable.”

ABOUT THE WRITER
Michael Graham is Managing Editor at InsideSources.

Halie Soifer of the Jewish Democratic Council of America, sought to dispel the notion that they were objecting to the substance, saying “the measure was manipulated using anti-Semitism for political Read More…

(Washington, DC) – Judicial Watch announced today that it filed a federal civil rights lawsuit on behalf of Kari MacRae, a Massachusetts high school teacher who was fired in retaliation for Read More…

Did We Provoke Putin’s War in Ukraine? by      Patrick J. Buchanan When Russia’s Vladimir Putin demanded that the U.S. rule out Ukraine as a future member of the NATO Read More…

One Reply to “Opinion: Could You Be Having a ‘Smash-and-Grab’ Christmas?”