243 Year Old Tradition Continues!  A speech that ignited a revolution and formed these United States.

In keeping with a tradition started in 1776; Captain Commanding CPT Nicholas Schiarizzi of the Ancient and Honorable Artillery Company of Massachusetts (AHAC) will recite the Declaration of Independence from the balcony of the Old State House in downtown Boston on the Fourth of July!  Over 30,000 tourists are expected in Boston for the Fourth of July festivities.

Captain Schiarizzi will provide several thousand citizens and visitors gathered at the site of the Boston Massacre a remembrance of the first reading by then AHAC Colonel Thomas J. Crafts, who while standing in front of British generals provided the Colony of Massachusetts justification for our Revolution.  Our National Anthem and Pledge of Allegiance will be followed by Captain Schiarizzi’s recital.

The Ancient & Honorable Artillery Company was Chartered by the Great and General Court of Massachusetts and Governor Winthrop in 1638 to train gentlemen as officers for the Massachusetts Militia, a role which the Company fulfilled until 1912. In addition the Company has served as a ceremonial unit for the Governor and the City of Boston; and as a patriotic, fraternal organization. The Company has been headquartered at Faneuil Hall since 1745. Today’ members include distinguished professionals, businessmen, clerics, serving and retired military officers, including two Medal of Honor recipients; patriots all. Over the centuries the roll reads as a who’s who of Massachusetts history including President John F. Kennedy, President Calvin Coolidge, patriot William Dawes, MG Benjamin Lincoln, Senator Leverett Saltonstall, James Michael Curley, Christian Herter and many other prominent members of this Commonwealth.

The Company operates a unique military museum with free admission on the 4th Floor of Faneuil Hall, a location the AHAC has occupied since 1746, and is open Monday thru Friday 9 AM until 3:30 PM 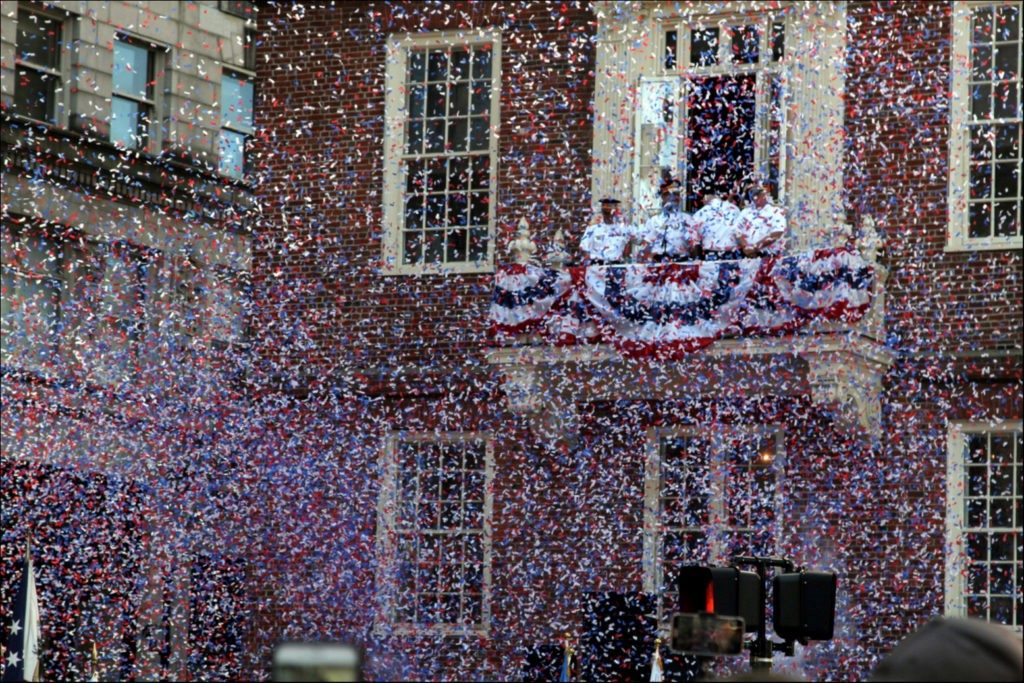 Reading of the Declaration of Independence to crowd at the site of the Boston Massacre.

There is increasing evidence that we are losing our ability to communicate with one another in a civil and tolerant manner. There is a heightened level of political polarization, tearing Read More…

BOSTON BROADSIDE ALERT! You don’t have to dig too deep to find yet ANOTHER lie/scam from Republican Senate Candidate Elizabeth Lindstrom. She’s the gift that keeps on giving:  to her Read More…