Massachusetts Politics: Time to Put an End to Empowering Democrats by Presenting No Opposition 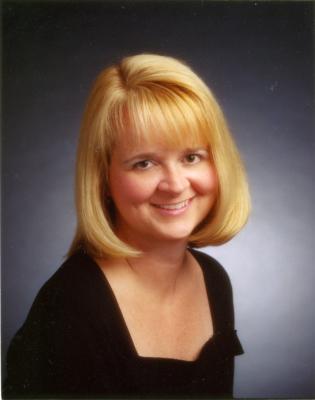 There is hope for the Massachusetts Republican Party with the election of Jim Lyons as the new chairman. He actually cares about electing more Republicans to office.

However, our Party is on the path to destruction if it doesn’t start to rebuild in the Northeast.

Washington GOP leadership often writes off the Northeast– failing to compete in most congressional races. This results in secure victories for the Democrats. For example, last year the National Republican Senatorial Committee did absolutely nothing to help Geoff Diehl in his race for U.S. Senate. This allowed Elizabeth Warren to travel around the country and raise funds for Democrat candidates in other states. If the NRSC had spent some money in Massachusetts, it would have had a two-fold effect. One, it would have forced Warren to stay home. Two, it may have not delivered a victory for Diehl, but it would have helped to grow the Party in Massachusetts. If you write off the races from the beginning, then of course there is no chance for victory. If you write off the Northeast, then Democrats are never on defense and they are allowed to go on offense in Republican states.

There needs to be a Northeast strategy for rebuilding the GOP. That doesn’t mean we follow the Governor Baker example of throwing the GOP under the bus at every chance. It means we have to work to educate voters that there is a difference between Republicans and Democrats.

What are the differences? There is no difference with Baker. He has raised taxes, spent more money, and abandoned every social issue. He is not someone we can build a brand around unless the GOP only stands for hack jobs.

While most of the Northeast is liberal, there are issues that can win over voters to produce victories. We don’t have to sell our souls.

What are those issues? Crime, accountability, illegal immigration, taxes, and corruption are a few. Here in Massachusetts, Democrats have been getting in trouble for years. Our state Party should be aggressively going after Democrats on their failures. Three Democrat speakers of the House have been convicted of felonies. The present speaker has been called an “unindicted co-conspirator” by the former Democrat U.S. Attorney. Yet, our governor ignores this fact when making Bacon Hill deals. 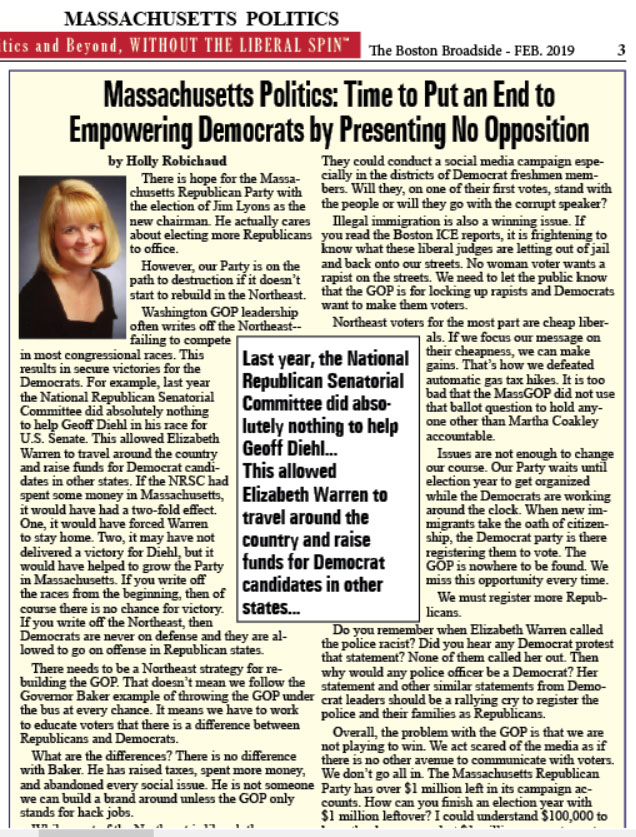 This month the Massachusetts House will debate the House rules. It is a perfect time to go after Speaker DeLeo. He reversed term limits for the speaker, thus making himself speaker for life. The GOP needs to make this an issue. (Thankfully, Lyons won so there will be an appetite for accountability.) They could conduct a social media campaign especially in the districts of Democrat freshmen members. Will they, on one of their first votes, stand with the people or will they go with the corrupt speaker?

Illegal immigration is also a winning issue. If you read the Boston ICE reports, it is frightening to know what these liberal judges are letting out of jail and back onto our streets. No woman voter wants a rapist on the streets. We need to let the public know that the GOP is for locking up rapists and Democrats want to make them voters.

Northeast voters for the most part are cheap liberals. If we focus our message on their cheapness, we can make gains. That’s how we defeated automatic gas tax hikes. It is too bad that the MassGOP did not use that ballot question to hold anyone other than Martha Coakley accountable.

Issues are not enough to change our course. Our Party waits until election year to get organized while the Democrats are working around the clock. When new immigrants take the oath of citizenship, the Democrat party is there registering them to vote. The GOP is nowhere to be found. We miss this opportunity every time.

We must register more Republicans.

Do you remember when Elizabeth Warren called the police racist? Did you hear any Democrat protest that statement? None of them called her out. Then why would any police officer be a Democrat? Her statement and other similar statements from Democrat leaders should be a rallying cry to register the police and their families as Republicans.

Overall, the problem with the GOP is that we are not playing to win. We act scared of the media as if there is no other avenue to communicate with voters. We don’t go all in. The Massachusetts Republican Party has over $1 million left in its campaign accounts. How can you finish an election year with $1 million leftover? I could understand $100,000 to keep the doors open, but $1 million was not spent. Were we doing that well that we did not need to spend it? Come on!!!! We lost seats. Huge sums were spent against Rep. Jim Lyons. Shouldn’t more of that money gone to support Jim? How about Pina Prinzivalli? We have a single young woman running for office and she gets no help from the MassGOP. If she had been a Democrat, they would have made her a posterchild. For the GOP, she is a leper because she is a conservative. Pina narrowly lost her bid. Maybe if the Party had done three mailings, we would have a new representative. It is not as if the Party did not have the money. Pina is a prime example that our Party doesn’t play to win. (With Lyons at the helm, things will get better!)

Most people believe it is time to give up on Massachusetts and the Northeast. That idea is flawed and it will only lead to more Democrat victories.

SPECIAL MESSAGE FROM THE JULIE HALL FOR CONGRESS COMMITTEE “Colonel Julie Hall is a strong, conservative leader who understands there are two types of people who serve in government – Read More…

We rotate our feature of sample quotes from various local and syndicated talk show hosts who cover Mass. Click graphic and enlarge to read full-size.

Breaking/Breaking News: See below. We’re told that once the cat got out of the bag (below), several days later later, the MassGOP responded today and released equal superdelate votes to Read More…