by Matthew R. Hartford
Broadside Correspondent
ANDOVER – Senator Ted Cruz’s staff reached out to Mass. Representative Jim Lyons to coordinate a meet/greet event to get fifty or so people to “The Barn,” the now famous structure in Rep. Lyon’s backyard where the outspoken representative has hosted a myriad of events for conservative candidates. But instead of 50, almost 600 showed up.
Cruz addressed the crowd: “Who could have predicted 500 people in Andover, Massachusetts?  Wow! Let me start by saying Tom Brady was framed!” (Joking about the Patriot’s deflategate incident.) Cruz had the crowd’s undivided attention for around thirty minutes.
Senator Cruz was the first candidate to announce for president of the United States. He has a three step plan to “reignite the promise of America.” The first is to bring back jobs, growth, and opportunity.  He cited the 1920s, 1960s, and 1980s when conservative leadership and reforms brought America back from failed liberal policies. In relation to the 1960s, the senator did his best JFK impression and quoted the former president: “Some men see things as they are and ask why; I see things that never were and ask, why not?” Cruz added that JFK would be a Republican today as there is no room in the modern Democratic Party for plans similar to JFK’s tax cuts and conservative leanings. 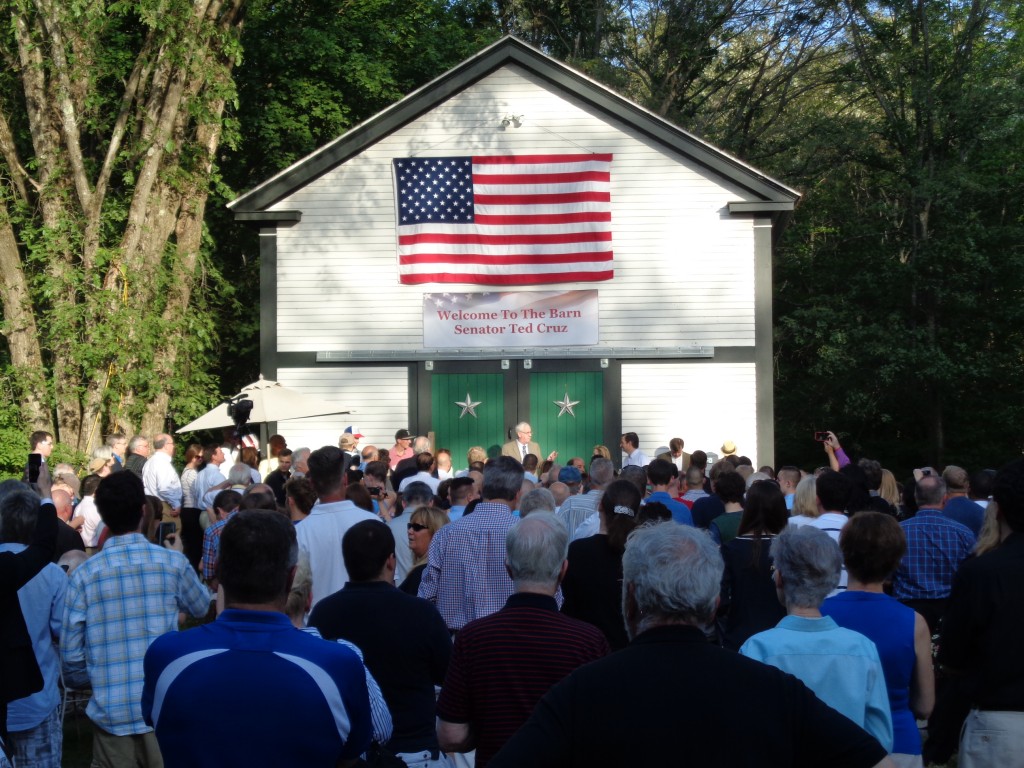 Cruz cited tax and regulatory reform at the top of his priority list to cut the red tape that is killing small businesses.  He has been a front runner in abolishing the IRS and going with a simple fair tax.  He wants to repeal every word of Obamacare and replace it with “Health care that is personal, portable and affordable, and reform that keeps the government from getting between you and your doctor.” 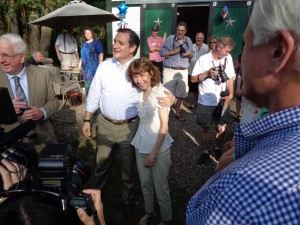 All our Constitutional rights need to be protected, according to Cruz.  He cited one recent government abuse: “If you’re litigating against nuns, you’ve probably done something wrong!” He was referring to the Obama administration’s suit against the Little Sisters of the Poor for not wanting to fund contraceptives.  Cruz tried to defend religious liberty with a JFK poster next to him on the Senate floor by quoting JFK, who said: “I will not stand with someone who will not stand with religious liberty.” Cruz then asked “Where are the Democrats?  Is there even one Democrat who will stand for religious liberties?”  Zero Democrats voted to uphold religious liberty on that vote.
Cruz jokingly asked the crowd to keep their phones on so that “President Obama hears every word we say tonight.”  He then cited the tenth amendment, reminding the Obama administration that “powers not given to the federal government are given to the states and the people.” 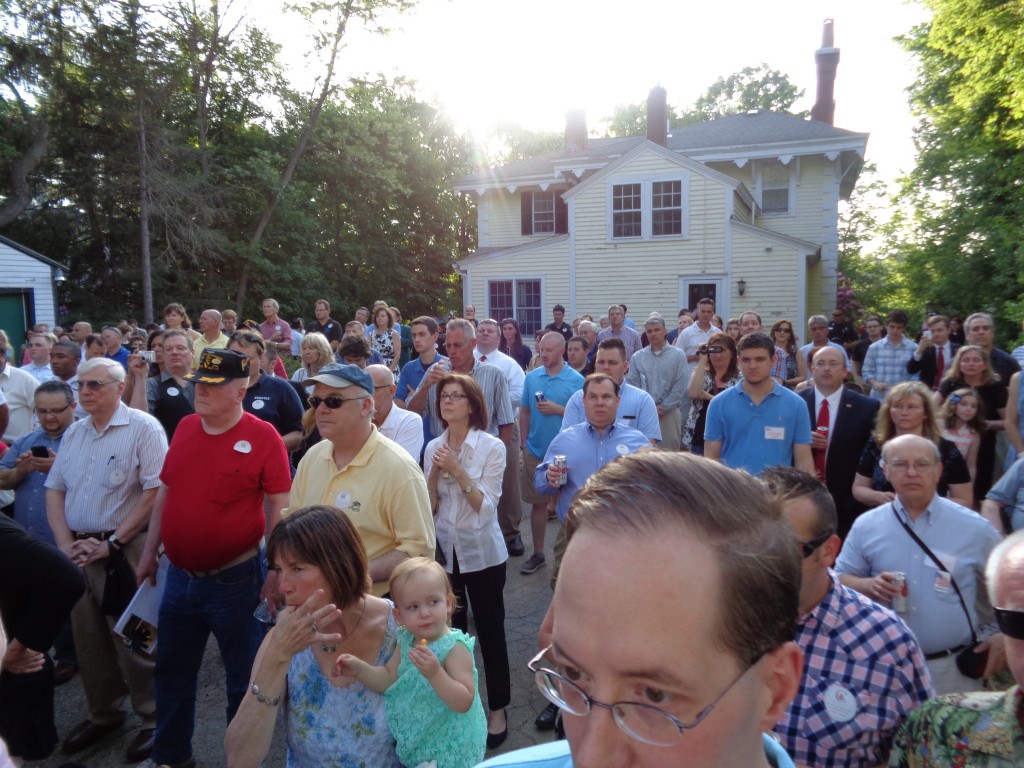 Cruz wants to restore America’s leadership and respect in the world instead of the “Obama/Clinton policy of leading from behind.”  He stands “unapologetically” with the nation of Israel and wants to defeat “radical Islamic terrorism and call it by its name.”  Cruz also said that “Iran, while chanting Death to America, under no circumstances can acquire a nuclear weapon.”
Senator Cruz is an optimist and says that the past six years reminded him of the 1970s. “We know how that story ended,” he said. The day President Reagan was sworn in, our hostages in Iran were released.
Cruz closed with an important message and warning with words from his father: “When we faced oppression in Cuba, I had somewhere to go to. If we lose our freedom here, where do we go?”

*The weekly message is available via the Office of the Governor website https://www.maine.gov/governor/lepage/newsroom/weekly-address.html. Radio Address: One of the most reliable groups of voters are our senior citizens. Their life experience Read More…

The Sept. 2017 edition was delayed a few days from the Labor Day holiday. It is now being distributed.