DANBURY, Conn. – On May 8th, Paul Fox, a psychiatrist for Newtown, Conn. school shooter Adam Lanza, pleaded guilty while accepting an upcoming sentence of 18 months prison and 10 years probation for second degree sexual assault on a vulnerable 18-year-old female patient who claims she was “drugged up and out of my mind [by Fox].” He also has to register as a sex offender.

Per the Connecticut Post that broke the story, “Fox had treated Adam Lanza five years before the 20-year-old Newtown man on Dec. 14, 2012 went on a shooting spree in the Sandy Hook Elementary School, killing 26 people, including 20 children between six and seven years old and six adult staff members.”

Following the shooting, expansion of Connecticut and federal mental health and anti-gun laws, policies and other actions occurred, allegedly to prevent the next Adam Lanza. Right after the shooting, President Obama and Vice President Joe Biden were in Connecticut pushing for these changes that ended up including the 2013 Public Act 13-3, an expansive Connecticut anti-gun and pro-child mental health law, and a large mental health expansion in the Affordable Care Act. Sandy Hook Promise, a non-profit that has expanded across the U.S., also formed and pushes students to oppose guns while getting them to turn other children in who they think may need psychiatric help, a.k.a. drugging. Child mental health screening was also a part of 13-3 which is a way to troll to get more children into the mental health system which has certainly been the case in Connecticut and its foster care system.

The expansion of child psychiatry, though, actually increases the likelihood of more school shooters as many classes of psychiatric drugs can increase the likelihood of violence and suicide. Lanza himself had been to several psychiatrists who obviously didn’t improve his behavior and sanity. At one point he had to stop taking the antidepressant Celexa due to strong side effects including the inability to raise his arm over his head, and one of his psychiatrists is now a convicted pervert who preyed on a vulnerable young female patient. Who knows what he may have done to Lanza? We may never know as Fox destroyed Lanza’s records after five years when the law says he had to hold onto them for seven.

The newer antidepressants, starting in 1987 with Prozac, are particularly known for creating suicide, hostility and violence in people. They carry an FDA-
enforced black box suicidality warning for youth and young adults, although there are many cases of people going bizarrely violent at all ages. For example, the website SSRIstories.org lists over 6,000 news reports of such cases.

My own national website of CCHRint.org details the psychiatric drugs behind 36 school shootings and other methods of murder, including Columbine, wherein Luvox was the antidepressant being ingested by shooter Eric Harris. Additionally, the British Medical Journal of August 2017 has an article entitled, “Antidepressants and murder: case not closed,” which states, “The FDA admitted in 2007 that SSRIs can cause madness at all ages and that the drugs are very dangerous … [and] the following symptoms, anxiety, agitation, panic attacks, insomnia, irritability, hostility, aggressiveness, impulsivity, akathisia (psychomotor restlessness), hypomania, and mania, have been reported in adult and pediatric patients being treated with antidepressants.” The article also concludes that this information is very important since many school shooters were on these drugs.

A major reason why it isn’t general knowledge that so many shooters are on these violence-inducing drugs is because of money paid out to stop this from being known. Last I heard, there were 660 drug company lobbyists in D.C. alone, never mind those at state and local levels, and 20% of media advertisements came from these same companies. This has been my personal experience as to why I feel that pretty much every time someone causes a bizarre act of violence on psychiatric drugs, there’s a media and legislative push for more mental health and gun control instead of simply slowing down the psychiatric drug epidemic that covers an outrageous 1/6th of the U.S. population.

For example, when my national Citizens Commission on Human Rights office started getting a huge number of reports from people about Prozac causing violence in the early 1990s, I was having a really difficult time getting local cases covered in the media. I just broke through on a few occasions when the story became too big to be fully ignored. One of the cases was where a Kittery, Maine, 43-year-old mother, Freda Howard, killed her husband with an ax handle, set her house on fire, and then killed herself with a shotgun. The state refused to do a toxicology test saying they couldn’t afford to, but eventually they let me pay the whopping $73 to get it done and, yes, she was on Prozac.

Another case was of a non-suicidal, Dover, N.H. mother who was on antidepressants and was happily whistling to herself on her way home while thinking about how she was going to kill herself with the shotgun she just bought. After having the gun in her mouth, she thought that the children would be disturbed from watching TV, so she overdosed on a bottle of pills to where the hospital claimed she was dead, with no brain activity, before reviving. The only way I got this story onto
TV 56 in Boston was with a headline something like “Mother Comes Back from the Dead to Tell of her Prozac Horror.”

I’ve also witnessed media covering up stories. In the ’90s, Lester Strong, a TV7 reporter, interviewed me for twenty minutes on antidepressants causing violence. He used none of it or anything negative at all in his completely pro-antidepressant story as I failed to give him any accidental, pro-antidepressant statements for him to use. In January 2007, an autistic 16-year-old John Odgren stabbed another Lincoln-Sudbry high school student to death with a large knife at the school. Since the autistic are usually on psychiatric drugs, I started contacting police, media, and both attorneys to see if Odgren was being drugged at the time and nobody would answer me. Because of that, I held a protest on a busy Sudbury intersection to demand the information. The only major media that interviewed me and properly covered the story was Boston Fox TV. The other major networks made up fake news stories saying that I was holding a protest in front of the school and upsetting the children. I was about a mile away from the school and the other media were at the protest, so they knew this. During the trial, Odgren’s father said that John was on Ritalin at the time, a psychiatric amphetamine that can also induce violence.

With this understanding, please do what you can to make the information known so we can repeal these laws and policies that make society more violent by increasing the usage of drugs that can send people psychotically over the edge. It may also be a good idea to overturn anti-constitutional gun laws that have also resulted from these mental health expansion laws because although some of the violent acts were done with the use of guns, psychiatry and their drugs had their fingers on the trigger. ♦ 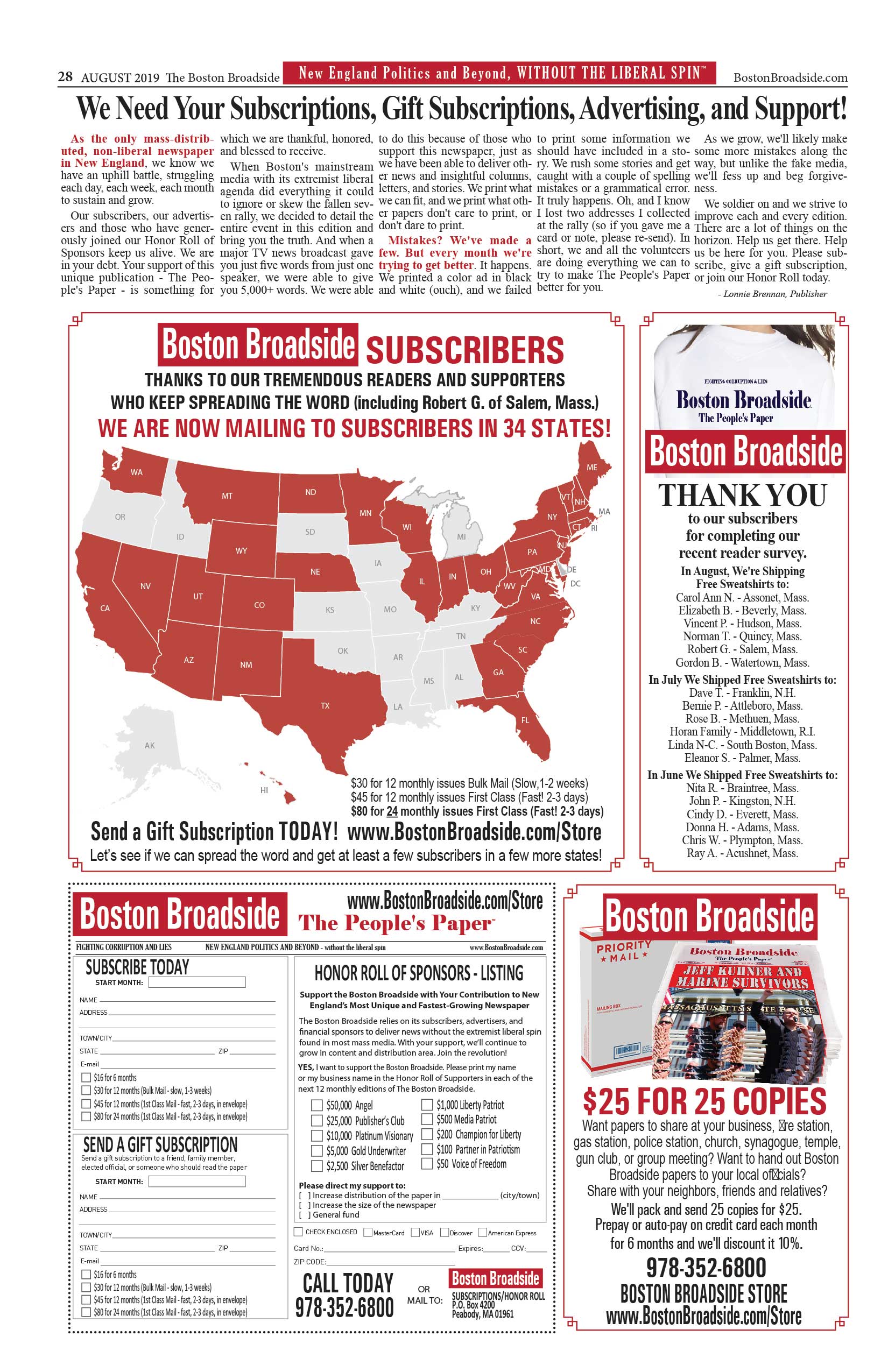