Pick up a copy of Sept. edition of the Boston Broadside at a local store, or subscribe!
We now have subscribers in 35 states! Wow!

Items in the Sept. 2019 Edition Include:

and, additional columns on The National Scene: 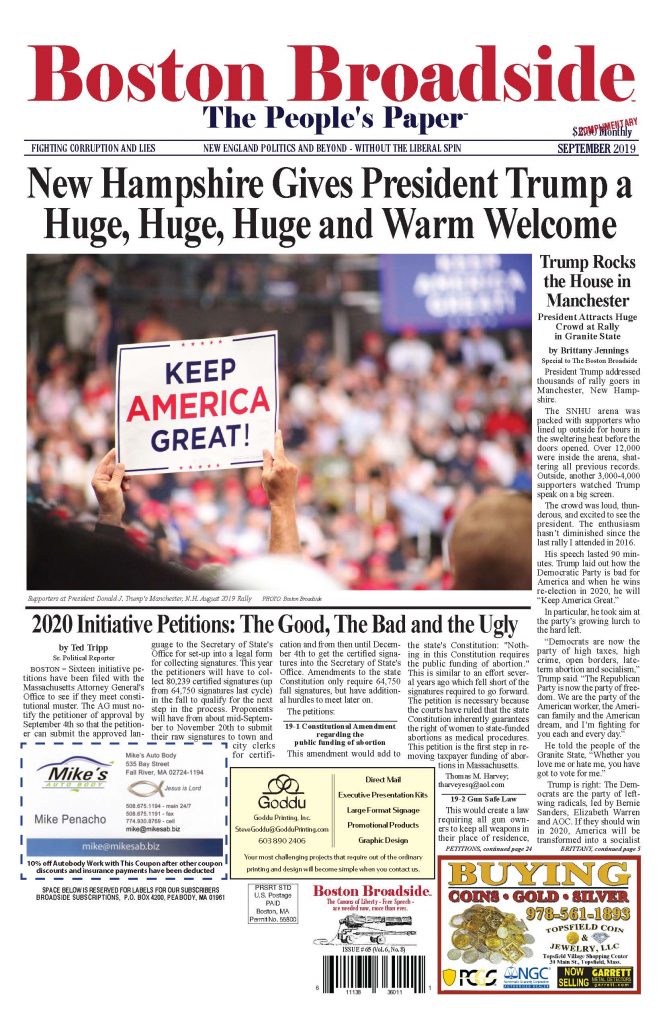