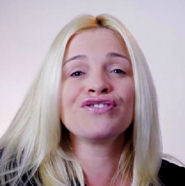 Another election, another chance for the Massachusetts Republican Party (led by Kirsten “Marrionette” Hughes) to once again not even bother to field a Republican candidate.

Arlington Democrat Cindy Friedman – former chief of staff to the late Sen. Kenneth Donnelly – beat out her only opponent: Ian Jackson from the Green-Rainbow Party for the 4th Middlesex Senate seat in a special election held July 25, 2017.