The recent passage of the legislative pay raises shows how the Massachusetts State Legislature has no respect for the taxpayers. With no rules in place, they held a phony hearing and then rammed the raises through the House and Senate over the objections of the public. They even attached an emergency preamble to immediately get the money.

These legislators are hardly overworked. From January 2011 to March of 2013, the House only met for an equivalent of 69 eight-hour work days. The Senate only met for 43 days!

When the Legislature wants something for themselves, it can be approved like a warm knife through butter. On the other hand, legislation like Melanie’s law takes 13 years. These raises expose their priorities. They don’t care about public service. They only care about fattening their wallets.

Unfortunately, the pay raises are just one example of the arrogance that happens on a daily basis within the Legislature.

After our representatives overrode the governor’s veto, they debated the House rules. They voted down publishing committee votes. You don’t have the right to know how any legislator voted on a bill in committee. Unless you travel to the State House to watch a committee hearing, the public cannot find out who testified in favor or against a bill.

The House also rejected term limits for the Speaker, who has been called an unindicted co-conspirator by the former Democrat U.S. Attorney. There was no direct vote on it, because the amendment filed by Representatives Diehl and O’Connell was ruled beyond the scope of the bill. When Robert DeLeo first ran for Speaker, his platform included term limits for the Speaker. Guess where he inserted the term limit of an 8-year requirement? Answer: House rules. Diehl and O’Connell tried to reinsert the language taken out by the Speaker and the Speaker ruled it beyond the scope. Priceless!

The worst is yet to come. The Legislature will be taking more money out of our pockets this year. It is not a matter if taxes will increase. It is a matter of which ones and how much. Will they do a mileage tax or expand the sales tax? Of course, they will put the graduated income tax on the ballot.

How do you fight the arrogance? Educate your friends, neighbors and family. Friend MA Taxpayers Best Ally on Facebook to get your daily info! 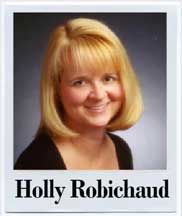 To All the Media Elite Who Mocked Donald Trump