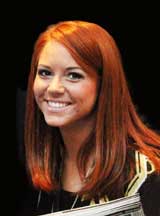 From our March Printed Edition

Hotline Healey is at it again. Here is state Attorney General Maura Healey’s new Massachusetts initiative: a voluntary program to provide information to physicians who want to talk gun safety with their patients. That’s right. The government is now in your doctor’s office asking you to answer intimate questions about your Second Amendment rights.

Since when do doctors have to talk to you about your rights as an American citizen? This is just an excuse to deny you your license to carry.

Healey believes conversations on guns between doctors and patients will prevent gun-related deaths or accidents. Healey doesn’t know what she’s talking about. Has she ever taken a firearms safety class? I know she’s shot hoops before but never a gun. In a firearms class, you learn gun safety. That is key to passing the course. You learn handgun safety in your home and handgun safety while carrying a firearm on you. Once you pass the course, you have to apply for your license to carry at your local police department. You will then be interviewed by your local police chief and must fill-out an application where you are specifically asked whether you’ve ever been convicted of a crime or committed to a hospital or institution for mental illness, alcohol or drug abuse.

In other words, there are already procedures in place to prevent criminals or mentally ill people from acquiring a gun. There is no need to bring in doctors or healthcare professionals. Healey should know this. She is, after all, the top law enforcement official in Massachusetts.

Let’s be blunt: This woman has a serious issue with guns. Last year, she cracked down on “copycat” assault weapons being sold in Massachusetts. She is a rabid gun-control supporter.

Now, she wants my doctor—and yours—to ask us about our Second Amendment rights. If my doctor asks, my answer will be simple: none of your damn business. ¨

Brittany Jennings is the Executive Producer of “The Kuhner Report” on WRKO AM-680 in Boston.

1 thought on “Healey is Gunning for Your Guns”