Boston First Responders United (BFRU) releases this immediate response to City Councilor Frank Baker and Councilor Erin Murphy’s call for a timely public hearing to address the Public Health Declaration/Emergency of 2020, in which all of Mayor Michelle Wu’s mandates are predicated upon:

BFRU wants to echo and amplify the justified concerns of Councilor’s Murphy and Baker in their recent press release calling for an open, in person, public hearing. BFRU would also like to thank these two Councilors for at least attempting to hear and give voice to their constituents.

We, too, believe Mayor Wu has overstepped her authority, usurped the powers of the City Council, ignored the mounting scientific data that the emergency is over and has yet to prove the necessity for the continued trampling of the rights of the workers, residents, students, business owners and those who visit Boston. It is time to hold a hearing and determine whether these mandates bear good fruit. If, as BFRU believes, these mandates do not bear good fruit, the people demand that the City Council intervenes and puts an end to Mayor Wu’s failed, inequitable mandates!

We expect and demand that the rest of the Boston City Council will support Councilors Murphy and Baker in their efforts to have representative, constitutional democracy restored here in Boston. Like BFRU as a collective body, Vice President Jose Diaz is often quoted as saying:

“Freedom was born in Boston; we’re not going to let it die here!” 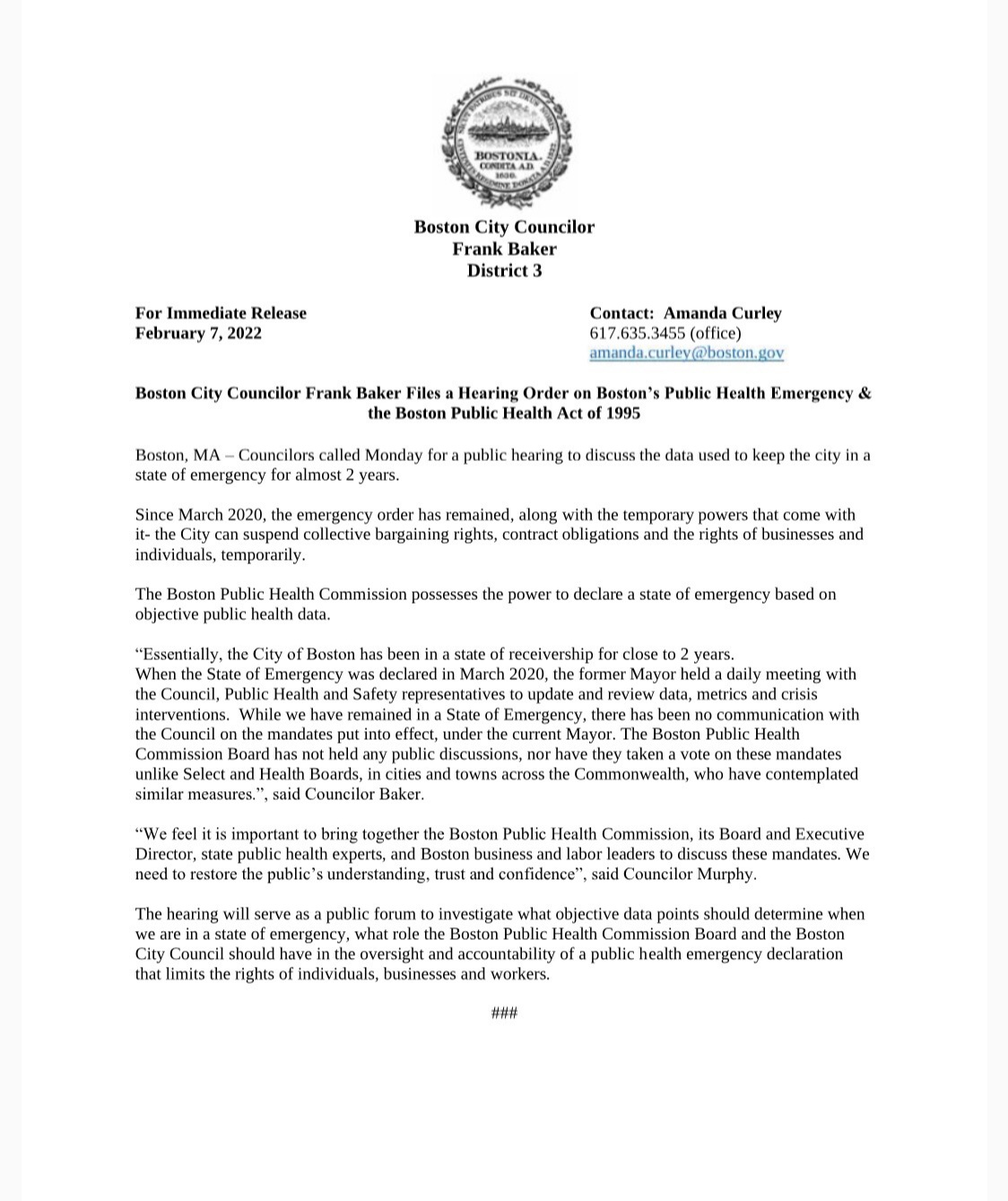 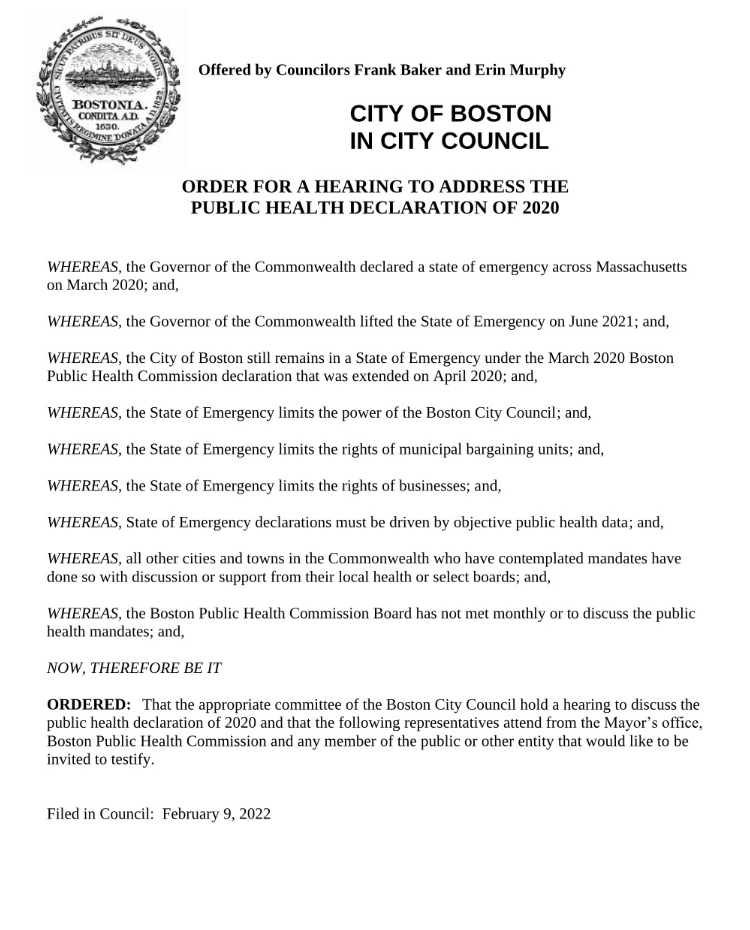 Schreibtischtäter At Lowell General Hospital?by Mike / 31 December 2021THIS ARTICLE IS POSTED ONLINE AT GRANITEGROK and shared here with permission from GraniteGrok I love the way the German language Read More…