SPRINGFIELD, MA – The recent unlawful arrests of the New Hampshire nine silent protestors (NH 9), followed by the arrest of two people without masks during a recent Massachusetts hearing (all of whom were handcuffed and incarcerated) begs the question—are we now living in a Police State?

“A policy is not law,” said Kevin Mackie on Tuesday, October 26th at the Hampden County Superior Court. “Rights are protected by law. The court’s policy violates the law, and it violates the first amendment.”  But the court wasn’t having it.

Mackie was among approximately 50 attendees of a hearing on mask mandates, which was the consolidation of multiple cases heard by Judge David Hodge. The cases challenge the authority of the Department of Elementary & Secondary Education to mandate the financially incentivized continuation of universal masking for all school children.

The Northampton resident, along with Amanda Miller of Westfield, MA both refused to wear masks as required by courthouse policy. They were denied access to the public hearing, promptly arrested, and spent the day in lock-up. Both were denied the religious or medical accommodations that they are entitled to by law in the Commonwealth of Massachusetts, and this just days after the city of Springfield had already announced that they would be lifting their mask mandate on November 1st.

“It’s absurd that the rules remain so rigid, especially since it’s being lifted on November 1st,” said Tammy Blakeslee, a Certified Industrial Hygienist who provided expert testimony for the plaintiffs on the efficacy and hazards of face coverings. She was scheduled to be in the courtroom for the hearing but was not allowed since the accommodation requested for her by Attorney Robert Fojo of the Childrens Health Rights MA case was denied.

“Even though I have a medical exemption because I am unable to wear a mask, you can’t expect an expert providing testimony about the harmfulness and ineffectiveness of most face coverings to show up wearing a mask. It would undermine their entire position,” said Blakeslee. “I instead listened to the case and watched the arraignments by ZOOM the next day. I noticed many of those in the courtroom, including officers of the court, could not keep the mask over their nose or face for the duration of even a few minutes, so how are children expected to do it all day?”

“We came here to help free the children from mask wearing once and for all,” said Miller who was among a group of ten refusing masks who were denied access. “How could we go into a hearing against masks while wearing one?”

Miller and Mackie refused to leave the courthouse on Monday and were slapped with a bogus criminal charge of trespassing for refusing to comply with policy, in a public hearing- held in a public place. They were both summoned to the same court house for arraignment the next day.

“You are not in a little bubble where the Constitution does not apply,” Mackie can be overheard saying to a guard on a leaked Penney News/Freedom Loving Patriot video https://youtu.be/HnKqf6k3z5A , just before warning Miller, “They are going to illegally arrest us again.” And arrest them they did.

Once again as they asserted their rights protected by the first amendment by refusing to wear masks, they were forced to spend yet another full day incarcerated. Meanwhile, at least two court employees can be seen maskless inside the building on this Penney News video: https://youtu.be/Q6uxeWfe6OA

While Mackie was still handcuffed in lock-up a court officer attempted to force a mask on him before another officer called him off. “You aren’t putting that on me,” resisted Mackie as the officer threatened, “I can have you sent to Ludlow Jail!”

Others are heard on the video saying, “You are not above the Constitution or the law,” or asking, “Do you believe in segregation in a free country?”

A court officer responded to their comments about the Constitution and their rights by saying, “You can believe whatever you want, I have a job to do and I have to follow court policy. If you can’t follow what I am telling you now, I have no other recourse but to arrest you.”

Melissa Lovely was among a group of ten denied entry and opted to leave to avoid arrest. “The police were called. They surrounded us and were prepared to arrest all of us,” said Lovely who traveled from Somerset, MA to support the case to end masking. She waited all day at the court house and ended up watching the arraignments by Zoom.

Mackie and Miller’s hearings were the last of the day and were heard by Judge Michele Ouimet-Rooke from their jail cells where “they looked  like stray dogs in a pound,” lamented Lovely. “This is so wrong on so many levels. If everyone went into the hearing together without masks, no one would have been made an example of like these two were.” 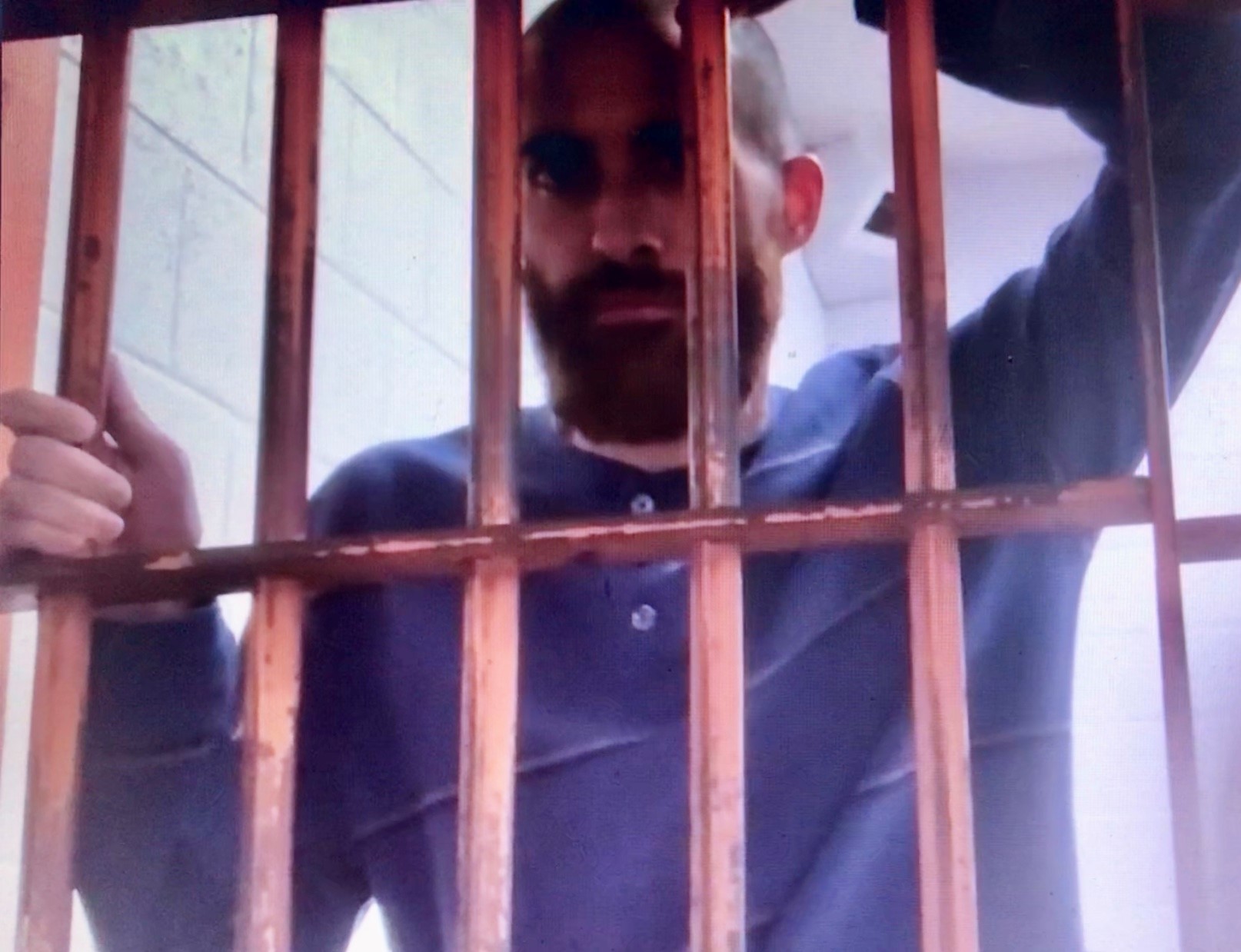 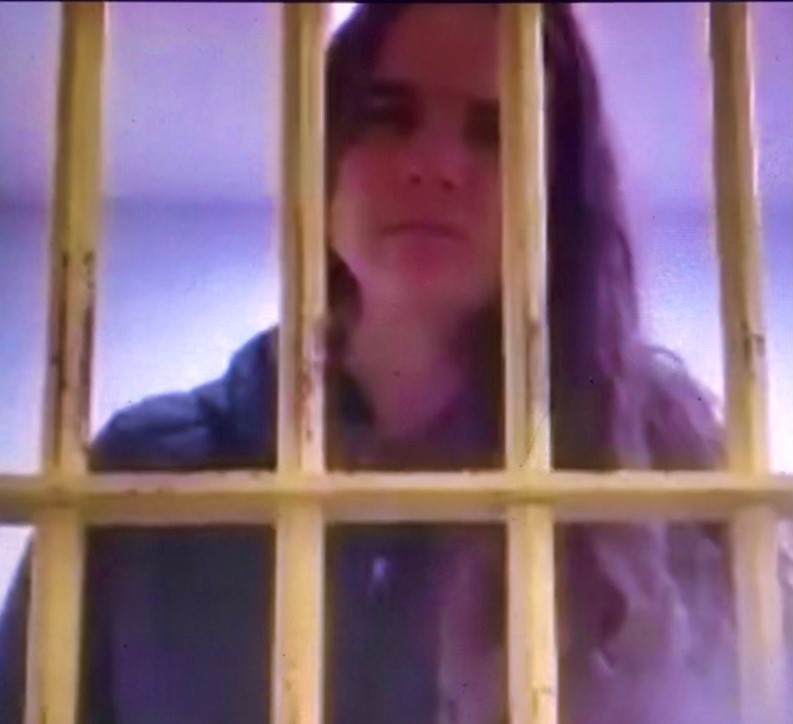 Mackie and Miller before and after their arrests.

A court watcher who observed the entire afternoon session noticed a stark difference in the demeanor of the judge when she addressed the accused. “She was highly interactive during all the other cases, raising and lowering her mask at will repeatedly. When the judge got to them, she was very curt,” said Lisa Jean of Chicopee. “She began both hearings stating that she was entering a not guilty plea for each of them, without even asking them how they wanted to plead. The only question asked was if they would be represented by counsel or if they would be representing themselves. Mackie stated that he would represent himself, while Miller said she would consider seeking counsel. The judge denied Miller a public defender, then scheduled the hearings electronically for February and March of 2022, which will once more deny them in-person access to the courtroom.”

Following the hearings, the court officer asked the observers who they were there for and the moment they were told it was Mackie and Miller, they were promptly escorted out to a back stairwell of the courtroom down a long hall where they, and Mackie, belt, shoelaces and paperwork in hand, were ejected onto a side exit. While Mackie was buckling up and relacing his shoes on the street, Miller was ejected in the same manner.

“They were charged and treated like criminals. All this over a mask?” exclaimed the court watcher. “This is a flagrant misuse of tax payers dollars and flat out denial of reasonable accommodations. It isn’t about not wearing a mask. It’s about people having the freedom to choose whether or not to wear one, especially since they have recently been shown to be ineffective.” 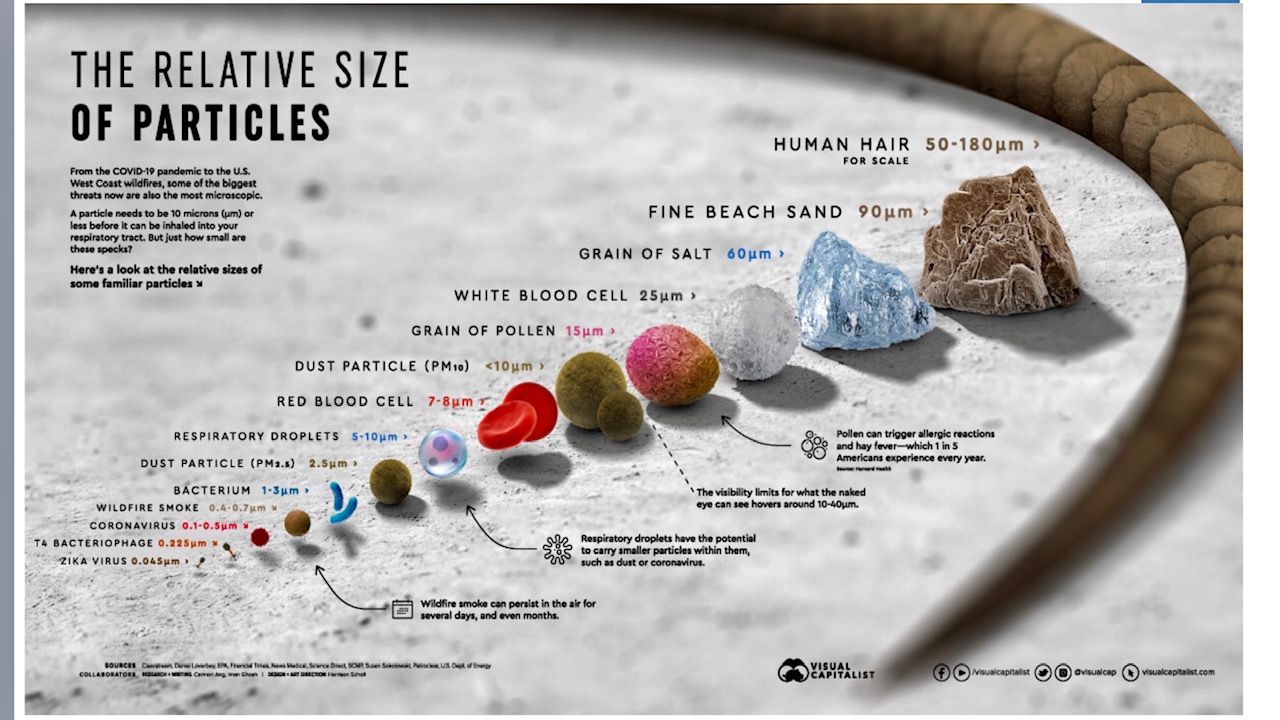 The accused and Rick Martin of the Constitutional Law Group appealed to Hampden County Sheriff Nicholas Cocchi to appear at the scene, to honor his oath to uphold the rights of the people, as protected under the United States Constitution. Neither he nor any of his Deputy Sheriffs responded on the scene.

“It is appalling. The very people sworn to uphold the Constitution seem to have forgotten the very protections they swore an oath to uphold,” said retired Ludlow PD Detective Lou Tulik of Ludlow who has two teens and attended the hearing challenging the need for masking students. “In my 30 plus year career in law enforcement, I have seen criminal justice leaders and politicians extol the virtues of compassion and empathy in the realm of law enforcement when dealing with those addicted to drugs, the homeless, and even for those who commit egregious crimes. Yet, somehow these virtues do not apply to the religious and medically protected act of not being able to wear a mask?”

Rather, now there is virtue signaling – like what Tulik experienced in the courthouse when he had his mask under his chin. An attorney for the state on the way out demanded that he put on his mask. As he flashed his medical bracelet and responded that he had a medical exemption, she rudely responded, “No you don’t!”

“The FDA and CDC clearly state that fabric masks and surgical masks offer NO respiratory protection,” added Tulik. “There is no magic or wishful thinking that will ever change this fact.  It is appalling that our courts fail to acknowledge this warped policy and have chosen to ignore reality.

“Drug addicts with TB, hepatitis, and other maladies have entered their halls for decades and never once were they subjected to the constraints we are seeing today. , and I hope that one day light will shine on the dark injustice that is being carried out by institutions that are expected to protect rights instead of blatantly and callously violating them as we are seeing here.”

As a side note, on the same day that Mackie and Miller were released following their arraignment, Tipping Point Radio Host, Scott McKay, aka Patriot Streetfighter, was in Boston on tour. Mackie was able to make it to the presentation where McKay recounted the story that was circulating on social media. Mackie was applauded by the crowd of 500 who gathered at the Dedham Hilton for his courage to stand up for freedom. https://fb.watch/8Y5wCBdelC/

During the 2020/21 period, trespassing has been used as a facade for unlawfully removing people from places of public accommodation where they have every right to be on the business of a given establishment such as court houses or retail stores, etc. This constitutes a gross violation of people’s unalienable rights protected by the Constitution and a Deprivation of Rights of rights under color of law. It is the duty of courts to protect people’s unalienable rights. Deprivation of Rights is a Federal offense under Title 18-242. If more than one officer is involved in such unlawful arrest, the arrested are also protected by Title 18-241 – conspiracy to deprive rights under color of law. The officers’ actions constitute breach of trust and, are no less than aggravated kidnapping (https://law.justia.com/codes/louisiana/2011/rs/title14/rs14-44)

Dr. Anthony Fauci at the College of the Holy Cross on June 11, 2022 – photo screenshot from Catholic Action League   In a ceremony on Saturday, June 11th, the Read More…