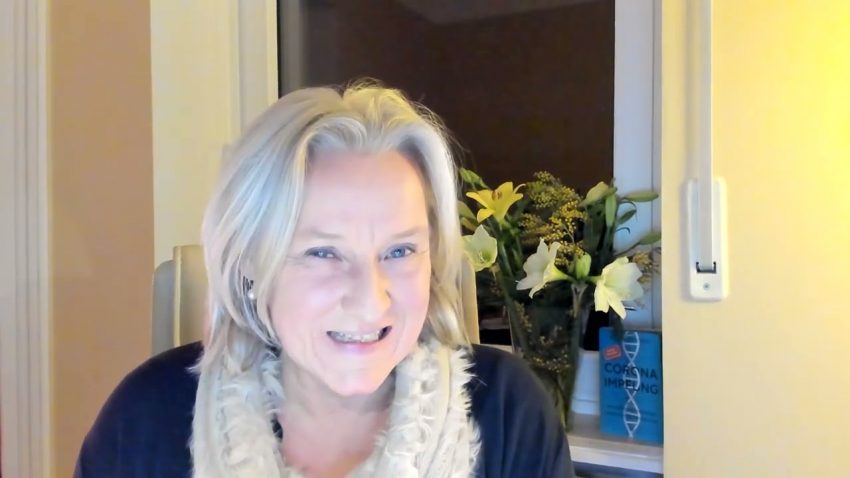 German court wants to COVID vaccinate Holocaust survivor against her will
The court also wants to lock up Inna Zhvanetskaya, 85.
(JNS) A court in Stuttgart is seeking to forcibly vaccinate an 85-year-old Holocaust survivor against COVID-19.
The Austrian website Report24 first reported about the case of the Jewish composer Inna Zhvanetskaya. She will “be sent against her will to a doctor, who will double vaccinate her against COVID-19, the website reported last week, adding that she will be “institutionalized in a closed psychiatric facility.”

Holger Fischer, Zhvanetskaya’s attorney, said a regional court in Stuttgart overruled the lower court, stopping, for now, the forced vaccination.
“The facts seem unbelievable, because Germany has really learned nothing at all from history,” Report24 wrote. “An exclusive video shows: She is neither of unsound mind nor endangering herself or others. She’s just afraid for her life.”
Zhvanetskaya, who will turn 86 on Friday, was born in Vinnytsia, Ukraine, in 1937.

Michael Blume, the civil servant assigned to protect Jewish life in Baden-Württemberg state, including in its capital Stuttgart, is facing criticism on Twitter for failing to prioritize Zhvanetskaya’s case. There are calls for Blume to resign.

Shai Glick, CEO of the Betsalmo—Human Rights in a Jewish Spirit NGO, told JNS, “Anyone who acts against the people of Israel under the guise of anti-Zionism and anyone who supports the BDS movement, which applies a double standard solely towards the State of Israel, is himself antisemitic…. Mr. Blume should certainly not be in charge of the fight against antisemitism,” said Glick.

In 2021, the Simon Wiesenthal Center listed Blume’s alleged antisemitic social media activities, pro-BDS activity and failure to combat Iranian regime antisemitism in the city of Freiburg as the seventh-worst outbreak of Jew-hatred.