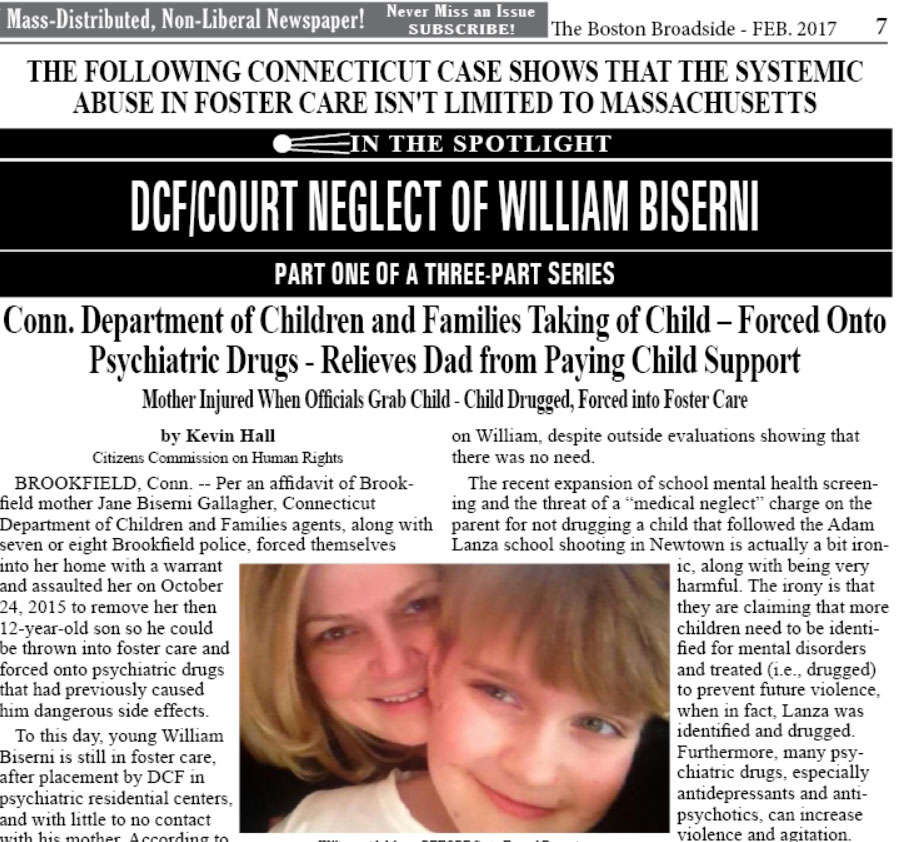 The Massachusetts Dept. of Children & Families is Literally Stalin

FROM OUR PRINTED FEB. 2019 EDITION. The Massachusetts Dept. of Children & Families is Literally Stalin by Greg Hession, J.D. A knee-jerk habit of leftist trolls is the liberal use Read More…

Republican Rep. Sheila Harrington, infamous for joining with Democrats to attack the family of Justina Pelletier, actually taking to the floor of the House of Representatives in 2014 to rally Read More…