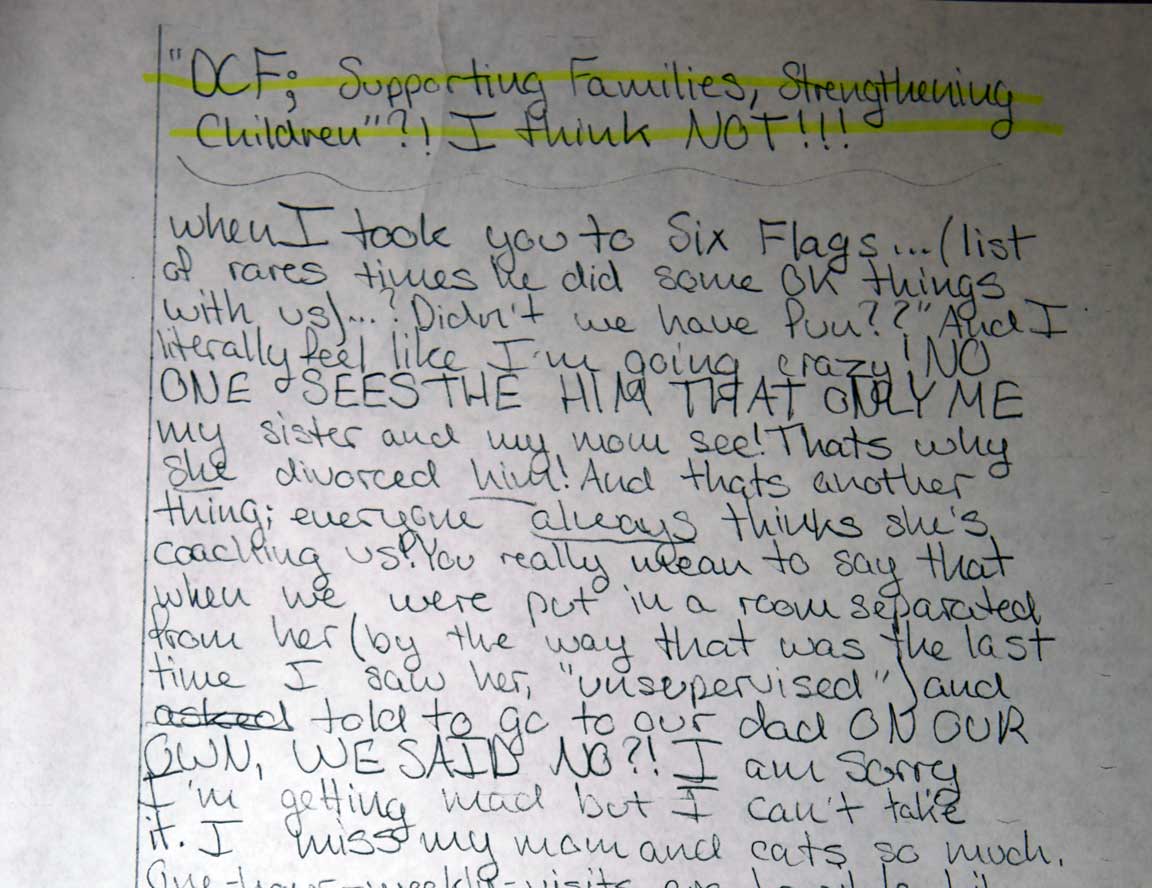 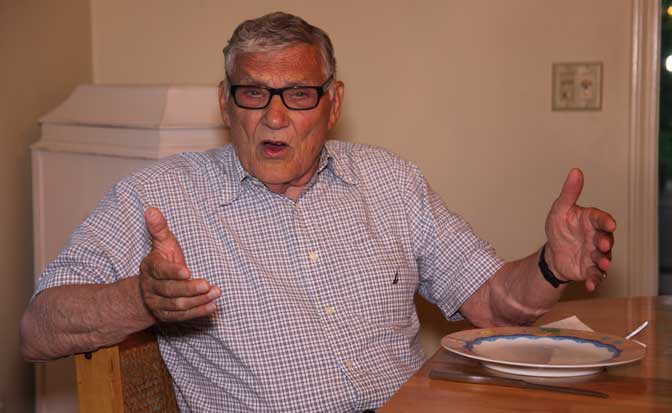 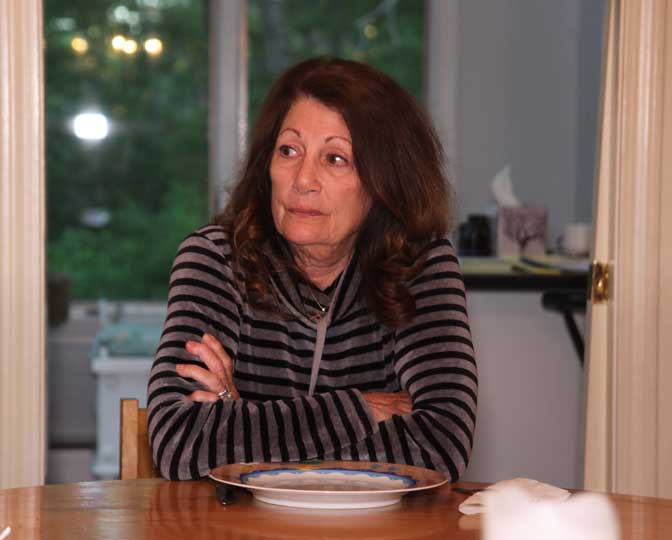 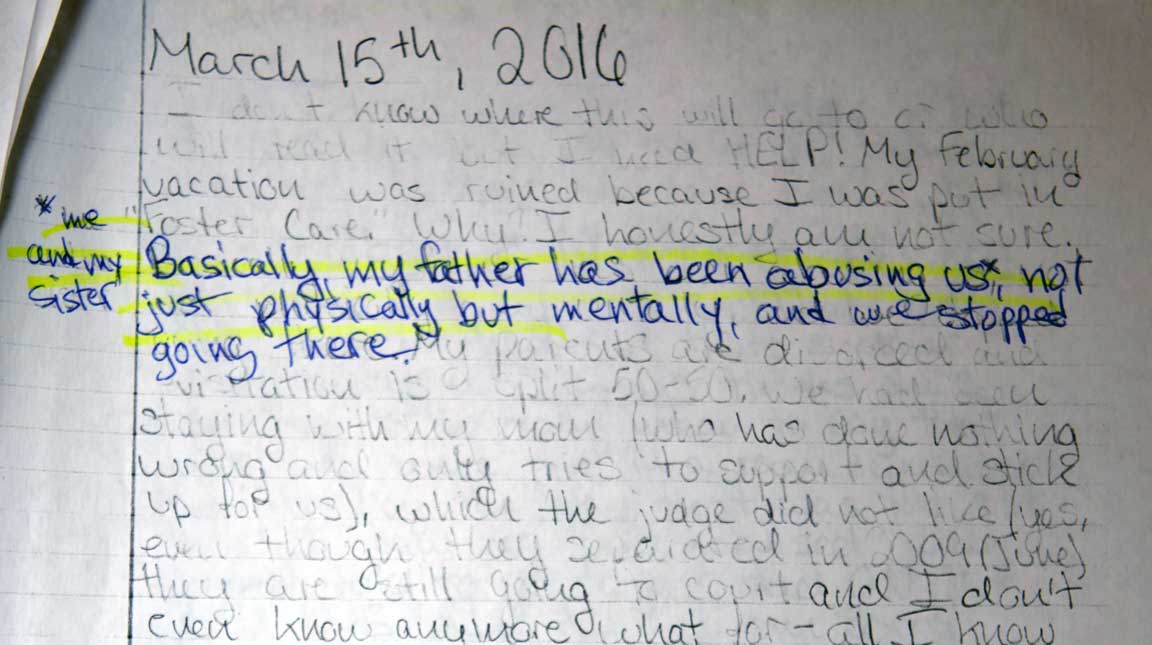 DCF Part 4 of 5: No Heavy Lifting by Judge Robert A. Scandurra

NOTE:  Folks have asked repeatedly why Part 5 of 5 is not posted online. Simple answer: it’s not been written yet. We were hoping at some point that the law Read More…

The following personal testimony with an introduction/update from the parent who provided it, provides another clear example of the anti-parents’ rights, anti-Christian bias seen in many DCF cases, and the Read More…

From our MARCH Printed Edition:   by Kevin Hall New England Director for Citizens Commission on Human Rights Part 1 of this story in the Boston Broadside featured how 13-year-old Read More…

13 Replies to “DCF Part 1a of 5: With Daughters ‘Kidnapped’ by DCF, Families Take to Streets of Hyannis in Protest”