From our Aug. Printed Edition:

by Lonnie Brennan
The Danvers Republican Town Committee (RTC) held a candidates’ forum at Danvers Town Hall during the last week of July to give Republican candidates an opportunity to be heard in the crowded Essex County Sheriff’s race. Five Republicans will face off in a primary election on Sept. 8. Democrats have six contenders and there are two independents running. Republican Sheriff Frank Cousins is retiring.

The evening’s event was moderated by Danvers RTC Chairman Randy Johnson, who kept the evening moving fluidly from candidate to candidate to ensure all were given a chance to share their views on law enforcement, the challenges the 34 cities and towns in Essex County face, and their experience and vision for the sheriff’s job. The forum was coordinated by, and produced for local cable by Jim Morose, secretary of the Danvers RTC. It was broadcast live on July 27th. The 90-minute event can be viewed in its entirety at https://vimeo.com/176644015. 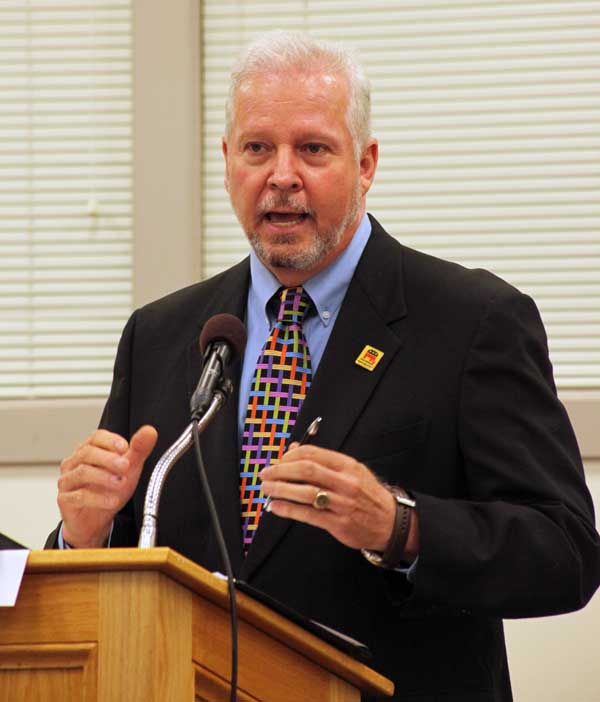 The candidates fielded questions from a media panel consisting of Jeff Pope, editor of the Danvers Herald; Ted Tripp, senior political reporter for The Boston Broadside; and Ethan Forman, a reporter for the Salem Evening News.
Opening Remarks
Ken Berg, originally from Marblehead, currently of Danvers, said he brings 28 years of experience in law enforcement to the position, including his last 20 years with the Transit Police in Boston where he is currently a lieutenant working as a shift manager. He summarized a series of job responsibilities and management actions and task force activities and noted that he brings “well-rounded experience” to the position.
Jeff Gallo, originally from Salem, now a resident of Haverhill, explained that he has 22 years  of experience with the Essex County Sheriff’s Department and has worked in all of the county’s facilities. He is currently a lieutenant and shift commander at the Lawrence facility, and said he came up through the ranks as an officer, and in the past has served as union president for three years. Both in his opening remarks and throughout the evening, he stressed his insider’s working experience with the department and how he knows all the staff, knows how to respect and work with staff members, and has worked with outgoing Sheriff Cousins and shares a vision for bringing the department forward in a responsible manner to the communities it serves.
Jim Jaguga, Jr. is currently a lieutenant on the Methuen Police Department where he has been employed for the past 16 years. He is also a member of the bar, having gone back to law school to better himself, achieving his license to practice in 2009. “My entire career has been focused on law enforcement and serving the public,” he explained. “Contrary to some public belief, I’m not a politician, I’m a law enforcement professional. This is my career and this is my passion. We need a strong leader that can step in and address the issues that we face, not just as a county, as a state, but nation-wide.” He noted how the issues faced within the confines of the jail system are just a microcosm of the issues we face as a society, and that the two cannot be separated.
Craig Lane, a Michigan native, now of Newburyport, worked as fraud investigator for MasterCard before entering the police academy. He has been working for the Sheriff’s Dept. for the past 15 years, and works as a sergeant, assigned to the gang unit. With 15 years of private business experience, combined with 15 years at the Sheriff’s Department, he said he would bring both the private and public sector experience to help the department and the communities in his role of sheriff.
Anne Manning-Martin of Peabody has 25 years of correctional experience and holds an undergraduate degree in criminal justice with a master’s degree in criminal justice administration. “I worked my way up through corrections, starting off as a case worker, then an HIV counselor, then a records supervisor, then a re-entry supervisor, then a director of treatment, all the way up to my current position of deputy superintendent, currently of the Lemuel Shattuck correctional unit…” She has also served 17 years in elected office as both a school committee member and a city councilor in Peabody.
The Questions
The table below summarizes some of the comments by the candidates on key questions they were asked. Refer to the online video for more questions and details. 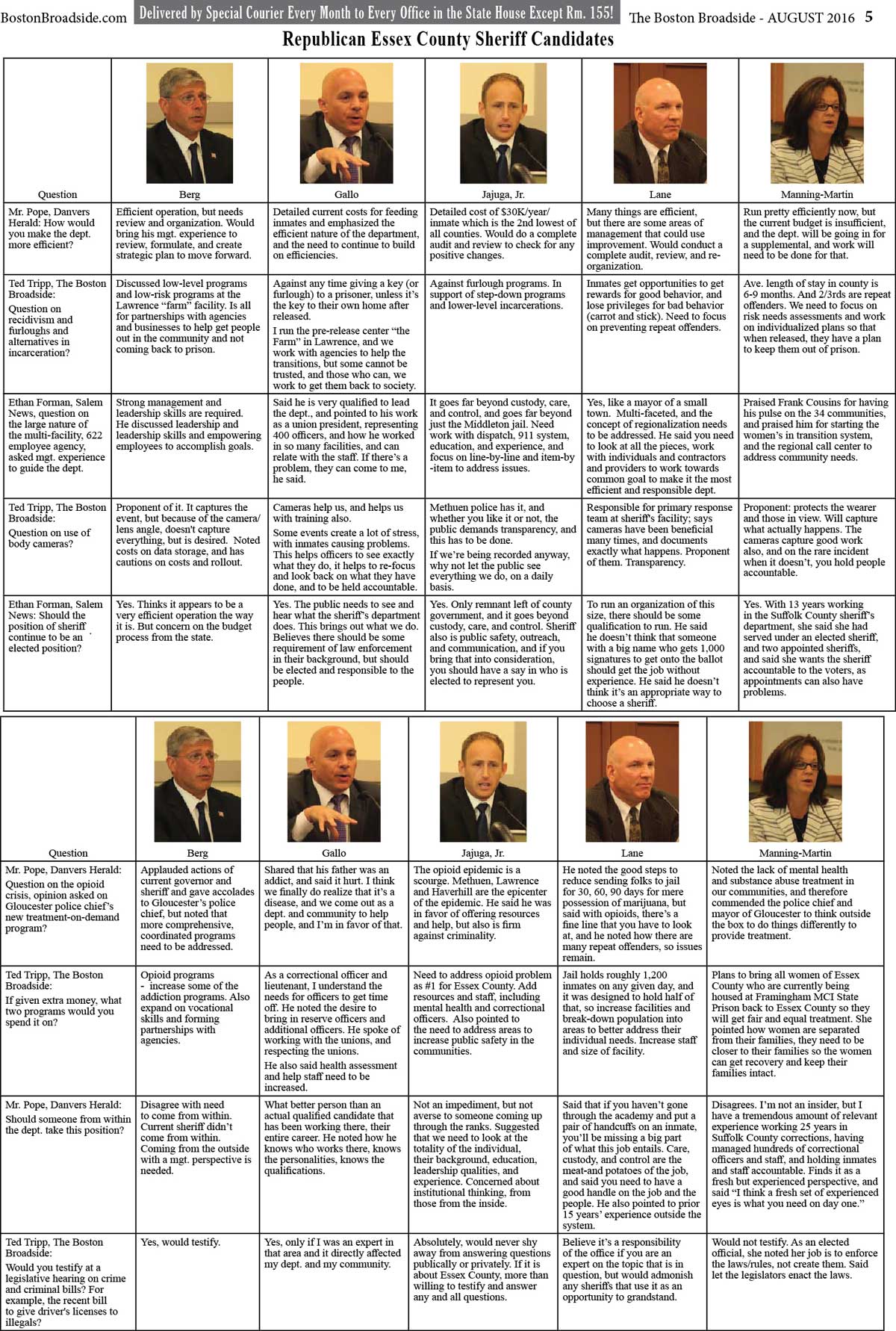