NOV. 5, 2021
In an e-mail to supporters, Mass. Governor Independent Candidate Dianna Ploss announced that if elected, she will create a task force to investigate liberal Republican Gov. Charlie Baker for “treason against our state, its citizens, and America.”

Here e-mail and links are below:

Recently, MA Governor Charlie Baker was asked about running for a 3rd Gubernatorial term.  He answered with, “We’ll get back to you guys soon on this, I promise.”  Baker may “promise” enlightening us with whether or not he will run for a 3rd term.  Here is what I promise…

I promise that when elected, I will create a ‘Charlie Baker Treason Task Force’ to investigate Charlie Baker for Treason against our state, it’s citizens and America.

This will include delving into his connections with two organizations that have promised for decades to take over America from within:  The Muslim Brotherhood and the Chinese Communist Party.

And, this Task Force will thoroughly investigate the deal/s Baker made with the Chinese Communist Party’s (CCP) company, CRRC, located in Springfield, Massachusetts, which is making Massachusetts’ MBTA cars.

Ultimately, my belief is that Charlie Baker will not run again for Governor of Massachusetts and here is why:

He has already served his Globalist masters.  Thanks to Baker and the other Traitors in the MassGOP, Massachusetts is much further along on the path toward a One World Government.  The plan now is for Baker to TRY to pass the baton to the next Globalist/Communist.  And this time, that handoff is slated to go to a “Democrat.”

We cannot let the regime decide the fate of Massachusetts any longer. Don’t sit back and hand them four more years of tyrannical control.

Support my campaign today – I am not dedicated to either corrupt political party. Rather, I am dedicated to bringing Truth, Liberty, and American Greatness back to Massachusetts. 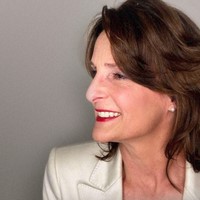 P.S. This is a grassroots funded campaign, because I refuse to be manipulated by crony establishment funding. I’m relying on your support – donate today.